Why I think the Good Friday Agreement needs to be fixed 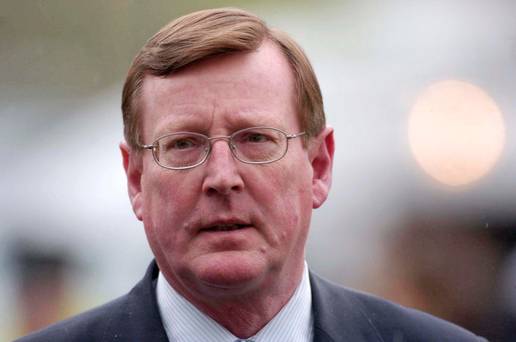 Despite the fuss, my criticisms of the Belfast Agreement have nothing to do with Brexit, writes Ruth Dudley Edwards 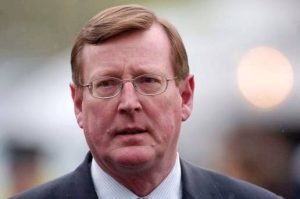 Last week an article of mine in The Daily Telegraph sparked off a big row between Brexiteers and Remainers over the Irish dimension. With the headline ‘The collapse of power-sharing in Northern Ireland shows the Good Friday Agreement has outlived its use’, it was retweeted by many others, enthusiastic Brexiteers like Conservatives ex-Secretary of State Owen Paterson and MEP Dan Hannan, and Labour MP Kate Hoey.

These attracted outpourings of abuse and hysteria about how this was a grossly irresponsible attack which threatened peace by sacrificing a sacred agreement that stood in the way of a hard Brexit.

In Ireland we can’t even reach a consensus on what the damn agreement is called – you say Belfast; I say Good Friday – and the British couldn’t care less, so it’s hardly surprising that unionists and nationalists differ about what’s in it. As the MEP Dan Hannan pointed out during last week, the “quasi-religious” terminology is significant. Nationalists appear to think it is Holy Writ, as do any of the messianic Blairites who were involved with it.

Since I’m one of those being misrepresented, I’d better clarify where I stand.

I come from a Dublin, Catholic, nationalist background and had little to do with unionists until I began to meet them at conferences in the 1980s. Sickened by paramilitary brutality, I was becoming critical of nationalism of any stripe and very conscious of, and embarrassed by, the two-faced attitudes to violent republicanism prevalent in my native country.

Gradually, I acquired unionist friends, came to understand their point of view, and so when I began to write political journalism in the early 1990s, I thought it useful to explain their position to a southern audience that mostly had an ignorant and wholly partisan view of what was going on up North. I was critical of politicians from both traditions, and as savage about the Reverend Ian Paisley as I ever was about his republican equivalents, but that didn’t save me from soon being denounced as a traitor and a turncoat. John Hume, who had been a friend, was so livid that I thought him wrong to give the republican leadership a face-saving way out of total military defeat that he claimed I worked for MI5. I lost many of my nationalist friends and became classified for a long period by the Department of Foreign Affairs as a persona non grata.

Being keen to do anything I could to stop people being murdered, I tried to help David Trimble, whom I admired for his ability, integrity and loathing of sectarianism, when he became leader of the Ulster Unionist Party in 1995. As his wife says, “David isn’t a people person”, but he is a good man whom I am proud to have as a friend. It was because he was one of the few politicians who listened to people from the other tribe that the UUP ceased hiding under the duvet and adopted the strategy that led to the agreement. What Trimble wanted and I wholly supported was a future in which Northern Irish politics would cease to be a tribal stitch-up and voters would make choices between right and left rather than orange and green.

Conservatives stood for election from the late 1980s, but Trimble’s and the hopes of many of the rest of us were dashed when despite huge efforts from the grass roots, the Labour Party refused – as it still does – to stand candidates and stays allied to the nationalist SDLP. With tribal fears raging after a successful campaign by the IRA to exacerbate community hatred through fomenting violence over Orange parades, and Paisley’s DUP shouting its opposition from the sidelines, Trimble was powerless to stop the pan-nationalist front and a short-termist British government from building sectarianism into the agreement and enshrining it in the body politic, with the inevitable consequence of undermining the middle ground. I was unhappy with the agreement, but there seemed no alternative and I campaigned for it – on one occasion with Kate Hoey.

By 2006, when both governments recognised that the agreement wasn’t working, they had no problem in updating it by further sacrificing minority interests. It seemed to elude them that the result of putting the extremes in charge would be to destroy the centre. And Blair’s amorality in doing secret side-deals left tribal time-bombs that are still going off today.

Only recently, a poll showed that 47pc of Northern Irish identify as neither nationalist nor unionist, yet they are forced into tribal voting because of fear of what “them’ums” might do if given half a chance. The DUP and Sinn Fein hate each other and there is no trust whatsoever. Nor can there be. The DUP has many deficiencies, but the Paisley wing is no longer in the ascendant, they are modernising and there are many non-unionists they could work with, but they know they are up against a disciplined republican cult that is dedicated to the destruction of Northern Ireland. The Irish language, legacy issues and single-sex marriage have nothing to do with equality and everything to do with the relentless culture war against unionists – the aim of which is – as Gerry Adams once memorably put it in a private Sinn Fein meeting, to “break the b******s”.

Brexit is a red – or rather, green herring. Like Trimble – now a Conservative peer – I voted Brexit because I think the EU has also outlived its usefulness and is doing more harm than good. Trimble has pointed out that the GFA was about constitutional not economic issues and the EU had nothing to do with it. The only threat to peace he sees would be if the Irish Government persists in trying to out out-Sinn Fein Sinn Fein by pushing for an internal border running down the Irish Sea as part of a strategy to break up the UK.

Neither the British nor the Irish want direct rule, but under the actual rather than the imaginary terms of the agreement, that’s the only option if no deal materialises. Can’t we just face the fact that the agreement was expected to be transitionary, that it no longer works, and that it needs to be renegotiated so as to give hope to all those people in Northern Ireland who just want to work and live together in peace?