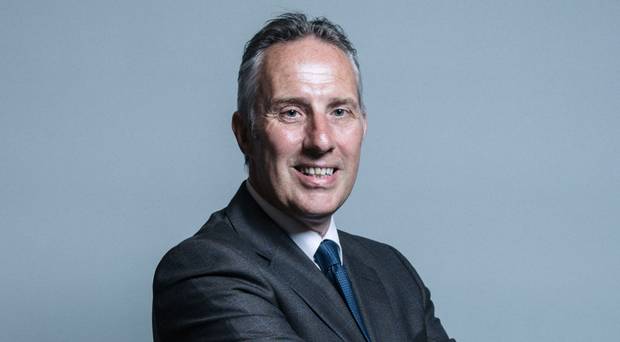 Annually, I try to provide a useful list of people to be chucked out of Northern Ireland, but no one seems to get round to actually running them out of town.

But I can dream.

A check on the last two years shows there are serial offenders who make it every year.

Ian Paisley, for instance, is a regular, owing to journalists tending to be unkind about aspects of his finances.

Eyebrows have recently been raised, for instance, about him coming second to his party colleague Jim Shannon at the top of the House of Commons expenses table for MPs (£265,000 and £227,000 respectively), but, in fairness, Sinn Fein’s Francie Molloy clocked up £155,000 last year … and he doesn’t even take his seat.

They’re not the only enthusiastic Northern Irish parliamentary spenders.

Lord Laird – a UUP peer until in 2013, he felt obliged to change his designation to Independent after a little misunderstanding about lobbying – has, he assures us, a clear conscience about claiming almost £50,000 in expenses last year – despite voting only twice in the Lords.

I’m deporting Messrs Shannon, Paisley, Molloy and Lord Laird as a gesture to all frugal people in Northern Ireland.

Out, too, go anyone shown to have treated the Renewable Heat Incentive scheme as a method of enriching friends and/or relations at the expense of the taxpayer.

Just to add to the general fun, I’m booking a seat for Caitriona Ruane, whose sheer brass neck seems to have embarrassed even the usually unembarrassable Shinners.

It took some doing to see no impediment in no longer being an MLA to staying on as a Deputy Speaker, with a £55,000 salary.

When the UUP’s Danny Kennedy lost his seat, he immediately resigned as a Deputy Speaker. But then Mr Kennedy is an honourable man.

Ms Ruane merely produced some bluster about donating the public money she had received to charity, as if that was a justification even if she had.

She can go off in tandem with Martina Anderson, whose crude rant to an empty Strasbourg parliament last March gave many of us amusement, but who nonetheless should be banned from home until she learns some manners.

She can take lessons along with Ulster University Professor Deirdre Heenan, whose condescension about Leavers dripped from a tweet on Christmas Day.

“That Mrs Brown’s Boys was voted best British sitcom of the 21st century should give a huge clue to the Brexit vote,” she explained, in what DUP MLA Peter Weir rightly described as an “insulting, patronising sneer towards the electorate”.

In the seat next to Heenan will be Naomi Long, whose Alliance Party is dominated by a self-congratulatory group of virtue-signallers, who seem to regard being socially conservative as morally more offensive than extolling dead murderers.

Which takes us to the sickening statistics of paramilitary violence that few get fussed about.

One who does is Pastor Jack McKee, who knows all too well how victims are left scarred for life, mentally and physically, with some ultimately killing themselves. The effects on their families are terrible.

For the year since November 1, 2016, loyalists carried out 60, and republicans 35, vicious attacks. Republicans use bullets more than loyalists (21 to 3), who make up for that with baseball bats, hammers, knives, knuckledusters, weights bars, sewer rods, sledgehammers, bricks and other instruments of torture.

Not that republicans are backward in brutality.

They mightn’t have the inventiveness of the loyalists, but Paul Quinn had every bone in his body broken by iron bars wielded by murderous south Armagh Provos.

As an editorial in this newspaper suggested recently, it’s not enough to create a paramilitary task force to deal with this scourge: it needs tactics used to defeat the Mafia.

The Republic of Ireland, after all, did manage eventually to send Thomas “Slab” Murphy to jail for tax avoidance.

Democratic politicians have turned a blind eye to this far too much and too often.

If they don’t pursue it as a matter of urgency, they’ll top the deportation list next year.