Freemasons do a lot of good and no harm… why can’t the ‘progressives’ let them be? 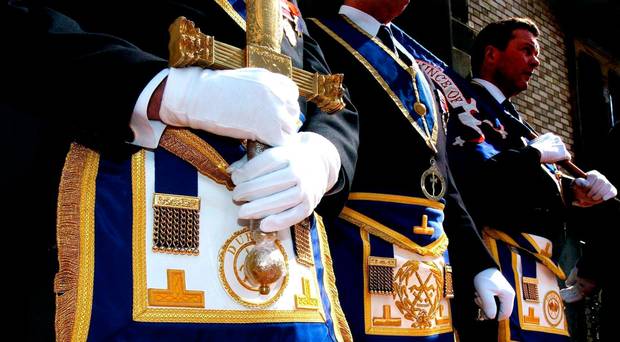 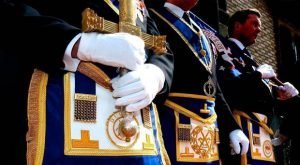 Freemasons contribute much to society, annually donating tens of millions to charity

The obsessively progressive Guardian newspaper has it in for the Freemasons. The most recent assault was precipitated by shock-horror revelations – as discussed by deeply concerned columnist Dawn Foster – “of two lodges within the Palace of Westminster: one incorporating members of parliament and staff in the Commons and Lords, and the second comprising political journalists”.

This was, of course, all about power and the “stench of privilege”.

I wasn’t surprised Ms Foster was both hostile and ill-informed.

I was on Sky TV with her last year to discuss the DUP and she seemed to know nothing positive about the party; her major contribution was to say it was “backward”.

In her list of things that she thought wrong with the masons, one was that she was unlikely to be let into the organisation as her Catholicism would be unacceptable to most lodges.

If she had bothered to spend two minutes Googling, she’d know that the Freemasons admit anyone who believes in a supreme being, including Catholics, Jews, Hindus and Muslims.

But men and women often bond in very different ways.

Whatever they did, it was clear that, to Ms Foster, the masons were clearly up to no good, so she suggested that unless they made their membership lists public they should be banned from public service.

For, as she concluded: “If you truly huddle in secret to no malign end and with no professed benefit unavailable elsewhere, what is the point?”

Growing up in Dublin I was exposed to various mad stories about the world being ruled by a secret conspiracy of Jews and Freemasons led by Prince Philip and Prince Bernhard of the Netherlands.

Being intellectually inclined to believe in the cock-up rather the conspiracy theory of history, I was sceptical.

But of course secrecy is intriguing.

When I worked in the Civil Service I had a colleague who one day mentioned that he was off to a masonic meeting.

I plied him with questions, and he was most obliging.

He lent me literature about the non-secret bits and brought his masonic apron to the office to show me.

In time I met other members who were equally open, including someone who has been a close friend since the 1970s and is as decent a human being as you could find.

So when in the 1990s IRA/Sinn Fein were fomenting lethal trouble over Orange, Black and Apprentice Boys’ parades, I had an open mind and spent a great deal of time finding out the truth from the members themselves.

The loyal orders were accused of all sorts of nefarious things, but since they paraded through their own neighbourhoods with the insignia of their lodges, it was difficult to accuse them of being secretive.

With the masons having had 200,000 murdered by the Nazis, and being subject to a great deal of ill-informed prejudice, while most are open about it, some fear that their careers will suffer if they declare themselves.

Which is presumably why it turns out that the sinister Westminster lodges (which have websites and meet in Camden) contain neither MPs nor journalists.

Both male and female masonic organisations have cooperated with behind-the-scenes documentaries, but they hold back on describing every aspect of the ritual.

Look, like the loyal orders, the masons are egalitarian, mainly attract decent people who like socialising privately with people of the same gender and enjoy the little bit of magic that comes from ceremonies, rituals and what others think are funny clothes. They are encouraged to be good and useful: last year the United Grand Lodge of England contributed £33 million to charity.

I value the right of people to gather freely and am sick and tired of hectoring feminists condemning what they don’t understand.

Rituals do nothing for me, so I’d never become a mason.

But I’d rather spend an evening with them any time than with the self-righteous, consciously “progressive” bigots who are destroying feminism.