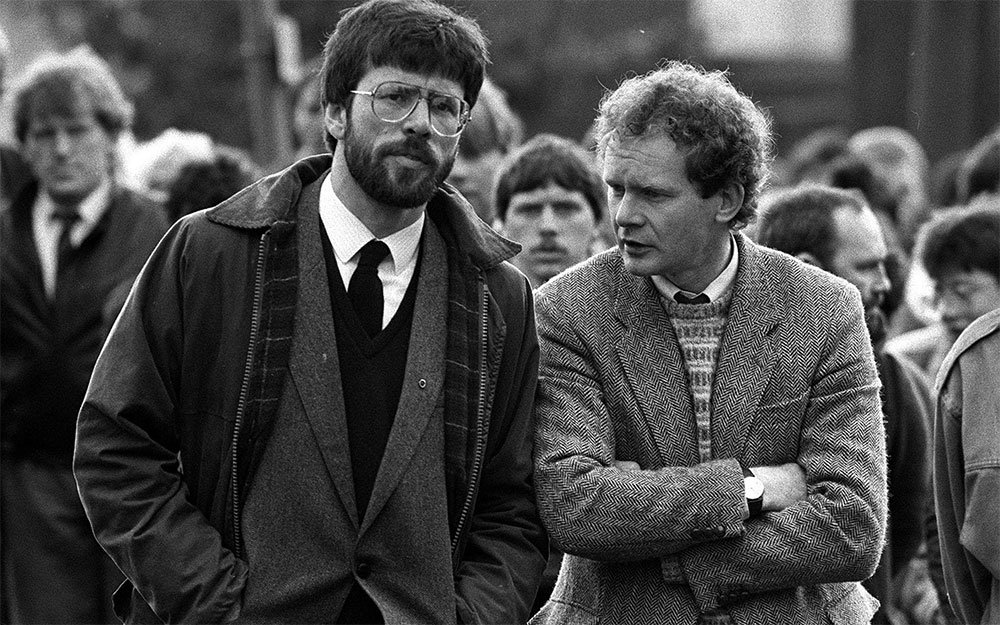 It has been another groundhog week in Northern Ireland, with British and Irish politicians pleading for compromise in pursuit of renewed power sharing and the preservation of peace, and leaks to the media from both nationalists and unionists blaming each other (and the Prime Minister).

We’ve come to assume that ultimately a deal gets cobbled together, but this time Martin McGuinness is dead, Brexit is casting its shadow over Irish politics, and Sinn Fein is prepared to wreck the power-sharing negotiations over what should be the non-issue of the Irish language.

Contrary to the posthumous image of McGuinness as a man of war who had come to embrace peace, he was in fact still at the top of what remained of the IRA as well as of Sinn Fein when he died last year, and still putting his party’s interests above all else. He was not, however, driven by sectarianism.

He was personally affable and emollient, he seemed to think the Northern Irish Executive – of which he was Deputy First Minister – worth preserving, and he was sufficiently well respected to be able to keep destructive IRA veterans quiescent.

In August 2016, he and First Minister Arlene Foster sent Theresa May a joint letter setting out Northern Ireland’s priorities vis-à-vis Brexit and promising constructive engagement with the Irish and UK governments. In November they published a reassuring letter expressing their pride in their joint achievements and promising not to abandon the Executive to direct rule: “We are in this for the long haul.” 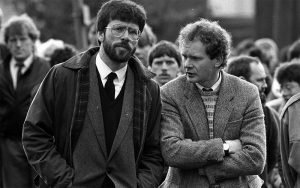 But, as his fatal illness took hold, in January last year, McGuinness was prevailed upon by Gerry Adams – born and bred a sectarian republican, personally vain and condescending, instinctively hostile to Stormont and unable to control the malcontents – to resign over an unheralded row about a botched energy initiative and thus bring down the Executive. White-faced and quavering, McGuinness also publicly blessed the coronation of Adams’s choice as his successor, the malleable Michelle O’Neill.

Since then, Northern Ireland has seen ill-tempered local and Westminster elections dominated by tribal drumbeats that further devastated the shrinking middle ground; Sinn Fein’s use of Brexit to stoke up inter-governmental ill-will; and the escalation of demands seemingly deliberately intended to “wind up the Prods”.

On Brexit, which is supported by most unionists and opposed by most nationalists, it has ramped up fear of physical customs and security posts on the border. It also alleges Brexit contravenes the Good Friday Agreement (it does not) and threatens the peace (how is not explained), and demands special status for Northern Ireland.

Negotiations have been trundling on and off in an attempt to restore Stormont, but Sinn Fein refuses to give an inch on such issues as gay marriage (they’re now officially “progressive”), “legacy” (shorthand for investigations of the past focused on alleged state misdeeds) and a standalone Irish Language Act that has only recently come to feature as a big issue.

At times, members of the DUP have been crass in their attitude to a historic and beautiful language, but considering it is spoken at home by only 0.2 per cent, with 6 per cent having some knowledge, it is already well supported, with more than 90 state-funded Irish-speaking schools. Sinn Fein, however, seem intent on giving it equal status with English in all public services, which is a form of positive discrimination and massive job creation the costs of which could run into billions.

Unionists regard these demands as bogus, not least because very few republicans can speak Irish: McGuinness might have had Irish words on his tombstone, but he couldn’t string a sentence together. The DUP, which is desperate to get Stormont going again, might have given in, but it is electorally toxic now that most unionists believe the language is being used as a weapon to undermine their culture and indoctrinate the young. The sight of children from the Gaelscoileanna in the streets on school days to join republican-led protest meetings and marches has not helped.

Adams’s protégée in the south, Mary Lou McDonald, has just been crowned his successor as Sinn Fein president and is dutifully being as intransigent as her mentor. While treating the Good Friday Agreement as Holy Writ, the leadership seems prepared to destroy it as long as they can blame everyone else. There is reason to believe that, while decrying any notion of direct rule from Westminster, Sinn Fein thinks it might yield massive concessions and encourage Anglophobia.

Realists believe the GFA has served its purpose and run its course, leaving behind the unintended consequence of enshrining sectarianism in the political process. Rationally, Ireland and the UK should face the truth, and begin a renegotiation and updating of the GFA. But with Brexit preoccupying both, the hot money seems to be on fudged direct rule and undeserved concessions to the wrecking party in the hope of bribing it back into power. It is a gloomy scenario.