Is Sinn Fein so keen to rewrite history because it is ashamed of the party’s squalid past? 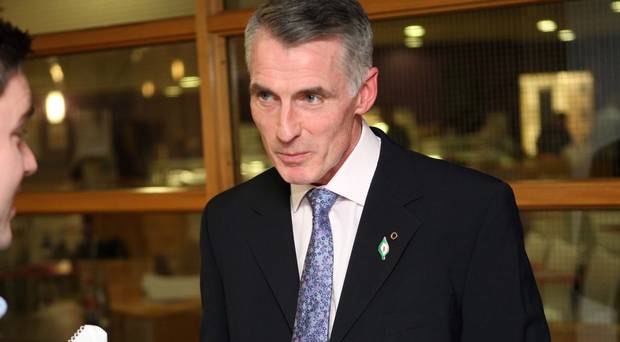 Like Austria and Poland, Irish republicans try to cover up their complicity in crimes, writes Ruth Dudley Edwards

The Polish Government is trying to legislate away the ugly truth that although many Poles fought heroically against the Nazis, others collaborated. Understandably angry when outsiders refer to Polish rather than German concentration camps, they want to hide the anti-Semitism that manifested itself in the mass murder of Jews in 1941 in more than 200 cities and small towns.

Warsaw is now introducing a law to criminalise anyone accusing Poles of being complicit in the Holocaust.

Being one of those people who ignores instructions not to mention the war, I’ve had many conversations with Germans about the horrors of the Nazi period.

Maybe I’ve been lucky, but I’ve always been struck by their courage in facing up to their past without self-delusion or equivocation.

On the other hand, until the 1990s – when a brave politician acknowledged the crimes of many Austrian citizens – Austria, which had ecstatically welcomed Austrian Adolf Hitler’s annexation of the country in 1938, tried to portray itself as “Hitler’s first victim” despite enthusiastic participation in the murder of hundreds of thousands of Jews.

Closer to home, I’ve always found the English prone to guilty breast-beating about imperial crimes, but it’s only now, since the Republic of Ireland grew up, that it has begun to look self-critically at a past in which Irish were perpetrators as well as victims.

The centenary commemorations of 1916 acknowledged all those killed, including those murdered in the service of the State.

And now public discussions about discrimination against southern Protestants and sectarian murders – particularly in Cork – are being welcomed by all but the most bitter republicans.

In Northern Ireland unionists have been far more inclined to examine their own record critically than have nationalists.

I’ve often discussed bigotry with Ulster Protestants and I’ve met few who claimed to be free of it.

Almost all Ulster Catholics, however, even those who retrospectively cheer the murder of Protestant neighbours, insist that bigotry is a uniquely Protestant failing.

In the culture war republicans demonstrate their loathing and contempt for the beliefs, loyalties and values of unionists while carefully affecting deliberately non-sectarian rhetoric.

It was disquieting how many of the green persuasion went bonkers when David Trimble spoke at the Nobel ceremony of the “dark sludge of historical sectarianism” which both communities had created and must leave behind.

He was given no credit whatsoever for a thoughtful analysis of where unionism had gone wrong.

How dare he suggest there were two of them in it!

Sinn Fein is not simply forgetting its own crimes and those of the IRA; it is shamelessly making up the history that suits it.

The ludicrous exaggeration of discrimination extends to equating it with apartheid.

The demonization of police and soldiers has been rampant, with wild allegations of collusion being the corrupt currency.

But additionally it seeks to airbrush out non-violent nationalist achievements.

Not content with dissembling to visitors to Derry about the republican role in the civil rights movement, in a blog last week Declan Kearney MLA – the canary Sinn Fein sends out to see if an idea will run – claimed the civil rights movement in the late Sixties was spearheaded by “the strategic decision of the IRA and Sinn Fein leaderships at that time” to demand reform. This and other gross perversions were rightly described by Brid Rodgers of the SDLP as “outrageous and quite simply untrue”.

“A peaceful mass movement,” she pointed out, had been the catalyst for political advances, but tragically John Hume’s exhortation to “spill sweat for Ireland and not blood” was ignored by the Provos.

What was “the intention at the heart of these distortions of history?” she asked. Was “Sinn Fein so ashamed of its own past that it has to rewrite it?”

Commenting on Mary Lou McDonald’s recent celebration of a terrorist who blew himself up, ex-prison governor Ian Acheson wrote a brilliant assessment on Facebook.

“They are prisoners of their own past, celebrating an organisation which deprived so many of their neighbours of a future.

“Desperate rewriting of history produces ever diminishing returns. The squalid past and their part in it remains chained to them.”

The truth will always out. Like Austrians and Poles, someday republicans will have to face that.