Kilclooney’s tweeting can be tasteless, but McElduff has plumbed the depths 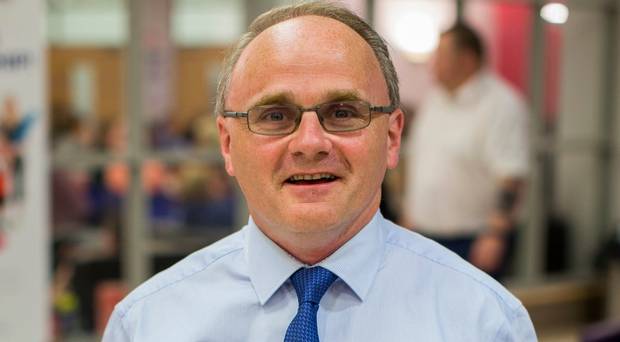 If you look for attention on social media, you best be careful what you wish for, writes Ruth Dudley Edwards 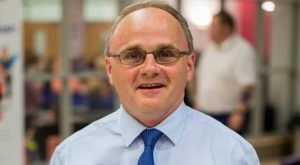 I was just poised to write about ‘Tweeting Lord Kilclooney’ (as I think of him these days), though he was just humble UUP MP John Taylor when I met him in the 1980s. Then the furore about Sinn Fein MP Barry McElduff’s Kingsmill-related tweet burst upon the airwaves.

So I decided to look as well at another parliamentarian who is achieving social media notoriety.

Taylor survived five Official IRA bullets in the head in 1972, although he had to endure extensive reconstructive surgery on his jaw.

“He was a person who was entitled to respect,” said David Trimble, who met him in 1973.

“After coming within an inch of losing his life, he was still involved and not in any way intimidated.”

He became a very successful businessman and politician, but I went back to Dean Godson’s magisterial Trimble biography to check out my impression that one of his lordship’s distinguishing characteristic has always been a love of making mischief.

Describing a key moment of tortuous negotiations in 1999 when no one knew which way the UUP deputy leader would jump, Mr Godson commented: “It was the latest instalment of the cat and mouse game which Taylor played with both the British Government and his own party and left the cognoscenti guessing for days.”

Among the motives Mr Godson considered was that he simply enjoyed “winding people up” and revelled in the attention.”

As his tweets show, that’s still important to him, though – as always – a wily politician takes advantage of the publicity.

He’s been at this for only six months, but he certainly gets quite a few nationalists going.

In August, in response to the controversy about an Irish Language Act, he tweeted: “Everyone, Nationalist and Unionist, must have equal opportunity. Politically Unionists are the majority and so the two are not equals.”

The ensuing row (Mairtin O Muilleoir claimed he meant “we (nationalists) will have to stay at the back of the bus”) gave his lordship the chance to tell the Press that his point was that since nationalists were “a political minority”, they couldn’t “dictate terms”.

Then in November was: “Simon Coveney is stirring things up. Very dangerous non statesman like role! Clearly hoping to undermine the Indian.”

He claimed, rather unconvincingly, after an outcry that a) he couldn’t spell Taoiseach Varadkar’s name, and b) the term was shorthand, but despite a complaint to the House of Lords Standards Commissioner, allegations of racism don’t really stick, and not just because Lord Kilclooney has a long record of support for pre-Erdogan Turkey.

But it did help sow doubts about Coveney’s motives for going green.

He caused another uproar with a tweet describing Moeen Ali as a “non-English” member of the England cricket team – causing Piers Morgan furiously to denounce to his millions of followers this “old racist dinosaur”.

This gave Kilclooney the chance to bang on about differences between country and nation and race and nationality, which I might argue another day.

There are no such ambiguities with Mr McElduff, whose career as a republican activist I’ve followed since he became locally famous for venomous street agitation against the RUC in the 1990s.

His enjoyment of amateur dramatics these days inspires “humorous” videos starring himself.

His most recent went spectacularly wrong.

I’ve considered the possibility that posting a photo of himself balancing a Kingsmill loaf on his head just after midnight on the anniversary of the massacre might have been because – as he claimed later – he “had not realised or imagined for a second any possible link between product brand name and Kingsmill Anniversary”.

Unfortunately, it makes no sense.

Mr McElduff has built his political reputation as a banger of the tribal drum and he puts to good use his knowledge of what winds up the Prods and delights republican rank-and-file.

Lord Kilclooney can be tasteless: Barry McElduff has simply been disgusting.