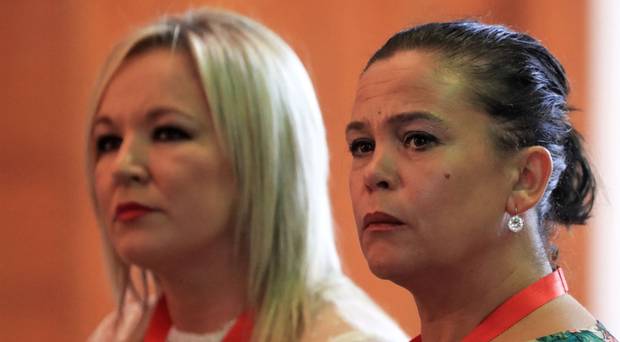 Protestants need again to rescue Irish from those who use it only as a weapon, writes Ruth Dudley Edwards 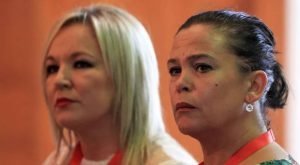 My favourite line in the coverage of last week’s talks farce was from Irish Times commentator Noel Whelan, a one-time Fianna Fail adviser. He was writing about the moment when at the Sinn Fein Press conference at Stormont on Wednesday a reporter from TG4 – the Irish language channel – asked a question in Irish.

“A look somewhere between bewilderment and terror fell over the faces of both Mary Lou McDonald and Michelle O’Neill, neither of whom appeared able to reply to the question, which fell instead to be answered in Irish by Sinn Fein chairman Declan Kearney,” he wrote.

Laughing over it with a Dublin friend on Saturday, I said: “Fair play to Kearney. He was fluent. But his accent!”

And my friend agreed that, to a southern ear, the Ulster Gaelic dialect can seem ugly and harsh.

We’re used to Connacht or Munster Irish, both of which are pleasant to the ear.

That’s one of the reasons why Gerry Adams’ insistence on seizing opportunities to use a sentence or two in Irish was so unsuccessful in the Dail.

He was handicapped, too, because Fianna Fail leader Micheal Martin (Munster) and the Taoiseach until recently Enda Kenny (Connacht) spoke Irish musically and exceptionally well.

Even Leo Varadkar, who learned it only recently, speaks it better than Mr Adams.

Then there was the fact that in the south people don’t like Irish to be spoken aggressively and solely to put non-Irish-speakers at a disadvantage.

So eventually Mr Adams mostly stuck to English down south, although, of course, when he speaks to the faithful he puts in the occasional slab of Irish for effect, knowing they’d applaud him even if he addressed them in Serbo-Croatian.

To give Mr Adams his due, although his Irish isn’t good enough to do a substantial interview, at least he took the trouble when incarcerated to make a decent attempt at learning it.

Martin McGuinness didn’t bother, and nor did most of the republican leadership.

Perhaps inevitably those who served the longest sentences for terrorism have the best Irish, having taking advantage of the generosity of the Prison Service to take Irish lessons to relieve the boredom.

And those we might call the civilians tend to have the least.

Despite her expensive education, McDonald – like most people who had Irish forced upon them – seems uneasy with it, though, as we know, she can shout Tiocfaidh ar la with the best of them.

I expect Neill could manage that too, but I haven’t seen any evidence that she can do any more than that.

Mr Whelan’s article was headlined ‘Sinn Fein has weaponised the Irish language’, and few people in the Republic would disagree.

At the end of January the authoritative website politics.ie did a factcheck on Edwin Poots’s statement on the Nolan Show that “the DUP at no point has ever agreed to establish an Irish Language Act with the UK Government, with the Irish Government, with Sinn Fein or anybody else”.

After substantial research, the verdict was that the DUP’s claim was correct.

In London the normally republic-sympathising Guardian said in an editorial last week that Sinn Fein’s proposals “have become a weapon of tribalism in communities where identity politics always looms large and divisively”.

Bilingual road signs, for instance, “would take the issue into every street in Northern Ireland with pointless provocative effect”.

Simon Coveney must be bitterly regretting that his naive endorsement of an Irish Language Act encouraged Sinn Fein intransigence.

Sinn Fein is lying, the British and Irish Governments know it is lying, and therefore it would be utterly cynical of them to reward bad behaviour by backing a bogus Act that will cost the taxpayer a fortune and further encourage cultural apartheid. I have great respect for Linda Ervine, who is successfully teaching east Belfast loyalists that the survival of Irish owes a great deal to Protestants, and that they should fight once more to take ownership of it.

If Gregory Campbell had any imagination he’d be learning Irish instead of insulting it and using it publicly in debate to embarrass the likes of Ms McDonald and Mrs O’Neill.

Now that would give us all a good laugh.