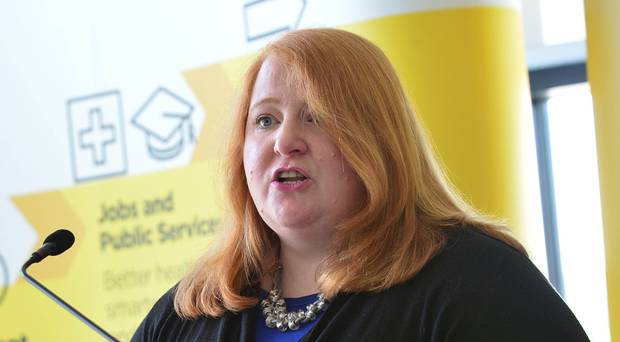 They vote together and they care only about so-called progressive policies, claims Ruth Dudley Edwards 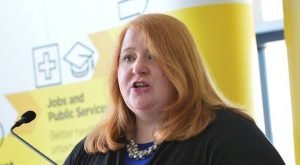 What has happened to the Alliance Party, which used to pride itself on its independence and its commitment to democratic values? Here are just three recent disturbing examples of how far it has fallen.

First, in September the UUP’s Jeff Dudgeon, who had fought for a permanent memorial in the grounds of City Hall to the 1,000 victims of the Blitz, admitted defeat.

Since Nazi bombs had killed Catholics and Protestants alike, it didn’t seem a contentious issue.

It was, however, to Sinn Fein – which is ambivalent about the Second World War because the IRA supported Germany.

Cunningly, it linked the Dudgeon proposal to its request for a statue of Belfast woman Winifred Carney, who was with her boss James Connolly in Dubin throughout the Easter Rising.

Alliance endorsed the proposals being dealt with collectively, thus scuppering any agreement.

Mr Dudgeon was disappointed but not surprised.

“The Alliance Party, has, yet again, taken sides with Sinn Fein and turned the statues into a contentious issue,” he said.

Michael Long, leader of the Alliance on the council, accused him of “showing his prejudice in his comments about our party’s voting habits”.

But that was wholly untrue, according to DUP councillor John Hussey, who checked the voting record of the previous two years and found Alliance had voted 22 times with Sinn Fein against the DUP and only 8 times the other way around.

Then there was the amendment to standing order No. 30, which was proposed in December in the strategic policy and resources committee by Sinn Fein’s Charlene O’Hara and seconded by Alliance’s Sian O’Neill.

“A Member shall not impute motives or use offensive expression in reference to any person or section of society, including any such expression that shows contempt in relation to their race, ethnicity, nationality, gender, gender identity, sexual orientation, religious belief, age or disability,” it said.

As Mr Dudgeon – yes, him again – pointed out, this would, for instance, preclude anyone from being rude about the motives of bankers for closing bank branches.

It’s a charter for people who want to stifle free speech.

At present Sinn Fein and Alliance are propelling it through the system.

Then last week we had the drama of Mr Long’s wife Naomi, leader of Alliance, Barry McElduff, a brilliant cartoon by Brian John Spencer and tweets by the DUP’s Christopher Stalford and the UUP’s Doug Beattie.

Mrs Long tweeted Mr McElduff after he had deleted his disgusting video, asking him what he thought he was doing and asking if he had made any apology to those “deeply hurt by your antics whether deliberate or not?”

Mr Spencer, who was appalled by the hurt done to the Kingsmill victims and the hypocrisy of Sinn Fein in continuing to lecture others about its “red lines” on various issues, produced his magnificent, savage cartoon depicting the Kingsmill van with 10 lines of blood leading straight to Gerry Adams bellowing about equality.

Among the thousands who retweeted it were MLAs Stalford and Beattie, both of whom were pompously ticked off by Mrs Long for engaging in “irresponsible, inflammatory and insulting behaviour which is unbecoming of their role”.

The Alliance and Sinn Fein Twitter mobs joined in, and because of a request from a Kingsmill relative, both politicians deleted their tweet.

Yet other relatives and other victims welcomed the cartoon. Alliance has become the party of identity politics and virtue signalling and Sinn Fein has taken full advantage of its naivety to use its support to help conquer Belfast City Council for republican ends.

Shinners may eulogise murderers, boycott Westminster and bring down Stormont, but hey, to Alliance, they’re preferable to dinosaurs who disapprove of gay marriage and think free speech matters, even if it hurts people’s feelings.

Someone should explain to the party that it is being eaten by a crocodile.