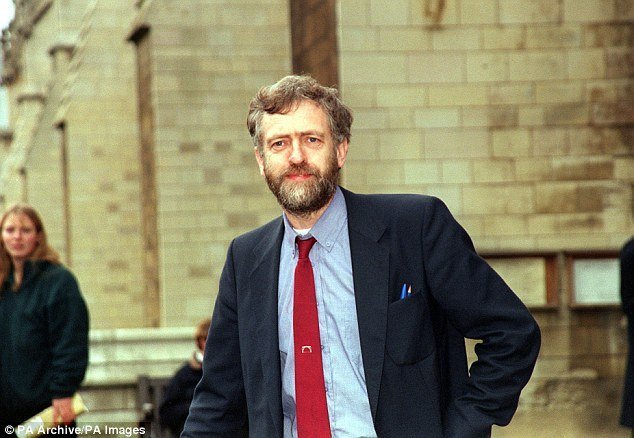 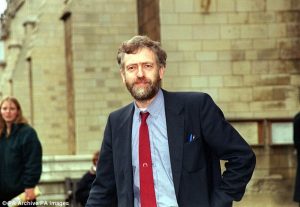 She said: ‘Mr Corbyn, of course, is on side. Like all of Oxfam’s ideological bedfellows, while he condemned the way the charity covered up the sex abuse perpetrated by its workers, the Labour leader focused on the need for Oxfam to recover and ‘go on doing the great work it does both in this country and around the world in exposing the issues of global inequality and injustice’’

Senior Labour officials are alleged to have aided the Soviet Union.

Left-leaning Oxfam is accused of covering up the sexual exploitation of impoverished Haitians and its chief executive, hauled before MPs, admits that the charity faces 26 further allegations of sexual misconduct.

Evidence of Labour councillors protecting grooming gangs in towns such as Rotherham continues to emerge.

And yet, despite all this, somehow the Left still claim to be the good guys.

Jeremy Corbyn — the man who would be our Prime Minister — has been named by a former Czech intelligence officer as having been a potentially useful source of information for the Soviet bloc during the Eighties at a time of atrocious political oppression in Eastern Europe.

John McDonnell — the man who would be Chancellor of the Exchequer — and Ken Livingstone, twice the Mayor of London, were mentioned, too.

Cue denials all round and Mr Corbyn’s lame insistence that he thought the agent was merely a diplomat. Move along now. Nothing to see here. Anyone who says differently is a lying mischief-maker and probably a Tory.

Yet we all know that if a senior minister was accused of having been friends with a member of the South African government during apartheid, Labour denunciations would be shouted from the rooftops.

As Labour pooh-poohs the allegations, there is no hint of embarrassment in Mr Corbyn’s corner.

Why would there be? He’s an ideologue, and ideologues can justify anything. He makes no apologies for having been pals with representatives of Hezbollah, Hamas and the IRA and other terrorists because, as he tells us, he was promoting dialogue about peace.

I just found a tweet of his from 2013. It says: ‘40 years today coup in Chile; solidarity with Chileans outside Embassy reading the names of 7,000 who died under Pinochet.’

So, out of curiosity, I looked up what he’d had to say about the Soviet Union, but couldn’t find any record of him lamenting the 20 million or so who died under Stalin.

Instead, I found a speech reacting to the collapse of the Soviet Union in 1991. He wasn’t defending everything that had happened there in the previous 20 years, Corbyn explained. ‘What I am defending is the principle of anti-imperialism, internationalism and solidarity.’

He was worried that then Conservative Prime Minister John Major had welcomed changes in the Soviet Union.

‘What he and his kind want from the changes is not genuine democracy, not world peace, not decent living standards for all. What they want is a market economy that will keep many in abject poverty,’ he said.

Yes, those truly were the motives private school-educated Mr Corbyn attributed to John Major, who had pulled himself out of childhood poverty through hard work.

But Mr Major was a Tory, so his motives must be as foul as Mr Corbyn’s (and Stalin’s) were fair.

For his whole political life, Mr Corbyn has hung out with enemies of his country. Yet, with staggering hypocrisy, and not a shred of self- doubt, he and his cronies on the Left have the brass neck to claim the moral high ground and portray the Right as the villains.

The trouble is that people are so often judged by what they say, not what they achieve.

And Left-wing ideologues stride across the moral high ground signalling their virtue at every opportunity by lauding idealism, dialogue and compassion, promising a taxpayer-financed Utopia and congratulating themselves on their own goodness.

The great American satirist Tom Lehrer summed up the essence of such people when, in the Sixties, he wrote a song about them, which he called The Folk Song Army: ‘Every one of us cares / We all hate poverty, war and injustice / Unlike the rest of you squares.’

The fact is that ideologues on the Left hate us ‘squares’: those boring people who distrust dogmas and want governments to do as much good and little harm as possible.

One-time Labour MP Glenda Jackson summed up this mindset when, after Margaret Thatcher’s death in 2013, she delivered tirades against her in the Commons.

Asked if she at least might give her credit for being the first female Prime Minister, Ms Jackson’s breathtaking response was: ‘The first Prime Minister of female gender, OK. But a woman? Not on my terms.’

So, for ideological reasons, Thatcher was, as it were, unsexed. She was a Conservative, she believed market forces brought prosperity to the world, so she wasn’t fit to share in womanhood with Ms Jackson.

Oxfam suffers from this same sickness that afflicts the Left.

Founded during the war with the noble intention of alleviating hunger, as the charity has grown it has become an ideological virtue-signaller whose mission is to convert the world to its view of how it should be.

The charity seems to show scant interest in celebrating the astonishing decline in global poverty and disease that has taken place over the years, for these days, its priorities are political. It is fixated on wealth inequality as the great enemy, and to admit that capitalism has lifted countries out of economic misery is blasphemy.

One of the lunacies is that Oxfam gets vast sums of money from the Government, substantial amounts of which are spent on posters attacking a Conservative government for not being socialist.

In a posting on Twitter in 2014, Oxfam put out a faux ‘horror’ film poster showing a broiling sea under storm clouds, with the words ‘The Perfect Storm’ scrawled in red. Below the title were the words: ‘Starring zero hour contracts, high prices, benefit cuts, unemployment, childcare costs.’

And, in case we had not got the highly emotive message, it was spelt out for us above the image: ‘Lifting the lid on austerity Britain reveals a perfect storm — and it’s forcing more and more people into poverty.’

And, yes, it is all the Conservatives’ fault.

Mr Corbyn, of course, is on side. Like all of Oxfam’s ideological bedfellows, while he condemned the way the charity covered up the sex abuse perpetrated by its workers, the Labour leader focused on the need for Oxfam to recover and ‘go on doing the great work it does both in this country and around the world in exposing the issues of global inequality and injustice’.

Personally, when I give donations to Oxfam, it is because I want it to feed victims of natural disasters, but then, I am someone who thinks ideologies fill no empty bellies.

And what was going on when, in town after northern town in the UK, terrified young girls were caught in a web of sexual depravity and ignored by social workers and Labour councillors too fearful to confront the perpetrators?

Opposition to racism had turned into a crazy ideology and avoiding upsetting Pakistani minicab drivers seen as more important than rescuing children from sexual slavery.

Yesterday, new figures from the National Crime Agency confirmed the number of children believed to have been sexually exploited in Rotherham now stands at 1,510.

And yet, and yet, somehow the Left remain convinced that they are with the angels while the Right are the devil itself.

And from their moral high-horse, self-righteous liberals encourage our young to loathe the capitalism that funds schools and hospitals.

They parade their preoccupation with identity politics along with their admiration for Jeremy Corbyn, who has spent much of his life sticking up for brutal dictators who hate democracy.