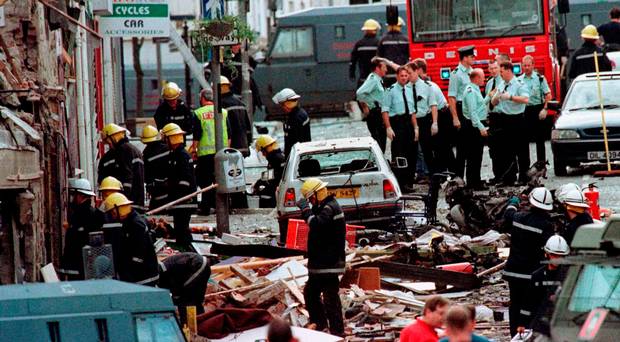 Relatives of those killed in the 1998 Real IRA attack overcame many obstacles to take a civil case, writes Ruth Dudley Edwards 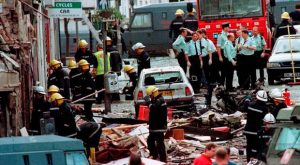 The scene after the Omagh bombing

The news yesterday that the Hyde Park Justice Campaign has scored a famous victory took me back almost 15 years. It was on August 8, 2003 that Paul Murphy, the then Secretary of State for Northern Ireland, announced that legal aid would be provided to the families taking a civil case against the Omagh bombers. Their loved ones had been murdered by the IRA on August 15, 1998.

As with all terrorist outrages, politicians had lined up to say that the perpetrators would be chased to the ends of the earth, but as with the families of the four soldiers murdered in 1982, the criminal justice system had let them down.

As Lindy McDowell put it, the authorities didn’t even pursue the killers as far as Dundalk.

The dogs in the street knew the names of the suspects, but what with most of them living across the border and tensions between police forces and justice systems, the RUC couldn’t find the evidence to nail them.

I had got involved in January 2000, when I was introduced to an English solicitor called Victor Barker, whose 12-year-old son had been killed, and who said to me: “I’ve wondered about bringing a civil case against the bombers, but no one takes the idea seriously.”

I did, and many people didn’t, but the lawyer Jason McCue was mad enough to take it on, private fundraising provided the seed-corn money, the Daily Mail – outraged that legal aid was denied to the families when it was available to the suspects – agreed to run a fundraising campaign, and to the surprise of most people, ex-Secretary of State Peter Mandelson showed deep commitment to the families and bullied Tony Blair into giving them legal aid, just as we were about to run out of money.

Since that legal aid came from the Northern Irish jurisdiction, it did not provide a precedent for the Hyde Park families, but it gave them hope.

And their lawyers, Mr McCue and his colleague Matthew Jury, had survived all the frustrations of the Omagh case and were not quitters.

Those of us supporting the Omagh families were reviled for being associated with the Daily Mail – which is loathed by the left – but the simple truth was that only right-wing newspapers seem interested in backing victims rather than perpetrators whining about their “human rights”.

When John Downey’s criminal trial collapsed in 2014 because he had one of the 187 “on-the-run” letters telling him he would not be prosecuted, it was the Sun newspaper whose furious readers provided the funds that enabled the families to start legal proceedings against him and keep them going despite five rejections from the Legal Aid Agency. Look, I know the legal system is as strapped for cash as any other part of the public service, but you’d think that the needs of victims were paramount.

Yet the LAA’s excuses were almost beyond credence. The case, it explained in October 2015, was “not in the significant wider public interest”.

What? Isn’t the United Kingdom a target for terrorists and shouldn’t they be pursued?

An appeal was turned down on the grounds that there was no “real benefit”.

Huh? After the family sought a judicial review, this was changed to the meaningless statement that it was “not proportionate”. In June, the LAA explained that Downey was highly unlikely to defend himself, and that anyway the Sun’s appeal meant there were “alternative sources of funding”.

But they were wrong about Downey, who came up with an imaginative defence that he had been the victim of a conspiracy between MI5, the Metropolitan Police, the PSNI and the Crown Prosecution Service.

Ah, said the LLA, now they wouldn’t fund it because this defence was so strong the families couldn’t win.

Like the Omagh families, the Hyde Park victims have sought and found many friends in public life, and at some stage as it coped with the barrage of letters and MPs’ complaints, the LAA realized that it had to cave in.

These families, like those of Omagh, were just not going to go away.

With the Omagh case, there were almost five years between the promise of legal aid and the beginning of the court case.

I’ll be astounded if there are not endless (often frivolous) legal challenges from defence lawyers, whose task will be made easier because Mr Downey lives in the Republic. And it is in the interests of defence lawyers to wear down the other side.

Like the Omagh families, the families of the four murdered soldiers have gone through hell and shown dignity and resolve.

But they need to know there could be years of frustration to come, for the law grinds exceeding slow, it breaks people and victims die, abandon ship and fall out.

There will also be endless criticism from those who say loftily: “Surely you should just move on?”

And as Matthew Jury said today: “Perhaps they’ll inspire other victims denied justice to come forward and take the fight to the terrorists.”

As Sinn Fein works cynically to revise history, the Hyde Park families remind us that the bombers are the murderers and the murdered are the victims, and the government should be clear about whose side it’s