Do party leaders have the grace to stand back and give victims a platform in West Tyrone? 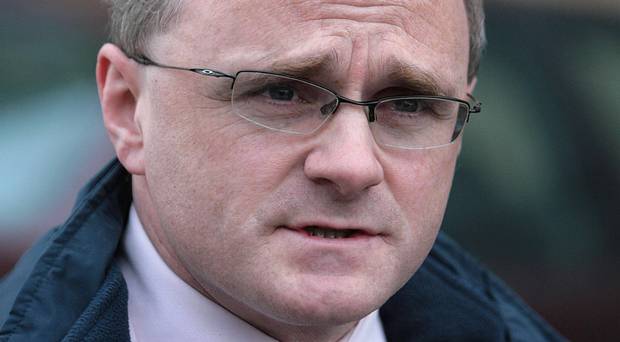 There will never be a better opportunity to stand up for the decent people, writes Ruth Dudley Edwards 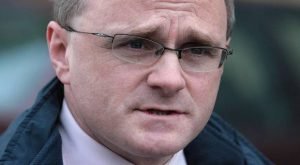 One of the unintended consequences of Barry McElduff’s infamous Kingsmill-related tweet was that victims of paramilitary terrorism are being listened to more intently than usual.

Spearheaded by Kenny Donaldson of Innocent Victims United, many have been inspired by the scandal to ask whether the West Tyrone by-election offers an opportunity for victims to win parliamentary representation.

Mr Donaldson asks politicians to “honestly consider” if victims’ issues get the dedicated focus they deserve in Westminster, if they might be bigger than party-political self-interest, and if West Tyrone deserves to be represented at Westminster, not least because of the importance to the border of Brexit.

Kingsmill survivor Alan Black’s interview with Miriam O’Callaghan on RTE had a stunning effect in the Republic.

People who knew little of the Troubles were among those shocked and moved by his horrifying account of the brutal murder in 1976 of his 10 companions, as well as by his patent decency and lack of bitterness.

He had a similar impact to that of Gordon Wilson after his daughter was a victim of another sectarian massacre at Enniskillen in 1987.

I remember some years ago, as a Fermanagh friend was telling a Dublin woman I had invited to meet him, about the years in which the IRA picked off Protestants on the border, she began to cry.

“Why did you never tell us about what was going on?” she sobbed.

“Because we thought you knew,” he said sadly.

Because of insularity and suspicion, compounded by having to focus on survival, as well as a tribal tradition of self-reliance and stoicism, Ulster Protestants have been terrible at telling their story down south.

Republicans on the other hand – who come from a culture of fluent grievance-mongering not noted for its understatement – have been largely free to bang on unchallenged about their sufferings, be they real, exaggerated, imaginary and invented.

So Protestant reticence and a lazy southern reluctance to query the consensus and ask difficult questions have largely left the field clear for a republican narrative that in recent years has been a carefully constructed monstrous lie to justify three decades of futile butchery.

Many young people now believe that, like South African blacks, Catholics were so ill-treated that they had no option but to take to the gun.

The Provisionals have also warped generations by encouraging anger, hatred and bitterness.

And here I return to Barry McElduff, another tweet of whose has been circulating on the internet.

It shows a photograph of a police car with the message: “The scene around midnight last night near ‘The Gap’ in Carrickmore. Motorists should beware of animals on the road in the dark.”

This was another example of what Mr McElduff would call humour, and his critics would call tribal viciousness, which is a much more accurate reflection of Sinn Fein than the pious rhetoric about equality, respect and reconciliation with which it deludes the gullible.

Those who believe that Mary Lou McDonald’s imminent coronation as Sinn Fein president signals a new era might like to contemplate what she was doing last September.

She was feeding triumphalism and tribal tension by addressing IRA supporters in Strabane at a commemoration of 59 of the famously sectarian killers of the Tyrone Brigade, that’s what she was doing.

Sadly, there was no video, but her brief was to “honour the memory of the patriot republican dead of Tyrone with pride”, for they had sacrificed themselves “in the struggle for Irish freedom”. And you can guarantee she will assiduously and venomously – as required by the IRA veterans who will still direct the republican movement from the Belfast shadows – be demanding special treatment for dead republicans while doing her best to frustrate any pursuit of IRA perpetrators.

The ideal West Tyrone candidate would be a Catholic associated with no political party who had a family member murdered by the IRA.

What a powerful presence they could be in Westminster!

And even if they lost, the international impact of their standing would be of great significance.

Have unionist parties, the SDLP, Alliance, the Greens and any other contenders the courage and grace to step back and shine the spotlight on the victims who have been so traduced and ignored?

There will never again be such an opportunity.