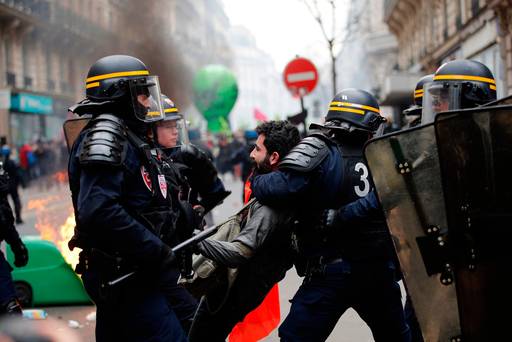 The French president is young and smart, writes Ruth Dudley Edwards, and he has thought his reform strategy through 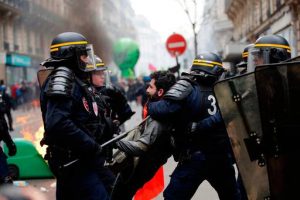 As the international swooning over the young, vigorous and cool French President Emmanuel Macron continues almost unabated, a dissident voice has piped up that will play well for this (so far) very lucky politician.

Macron, said the Venezuelan president, Nicolas Maduro, “is destroying France” and “was placed in the presidency to act like a hitman for the financial oligarchy to destroy the social rights of the people”.

Maduro took over as president after the death in March 2013 of Hugo Chavez (one of President Higgins’ heroes), and continued with his catastrophic Marxist economic and social policies. Inflation is running at over 6,000pc, the bolivar is 99.99pc down against the dollar, starving citizens are fleeing in their hundreds of thousands, creating a massive refugee crisis for neighbouring countries, and Maduro has rejected foreign aid and banned or imprisoned political opponents.

Fuming over Macron’s consistent calls for the EU to toughen sanctions against Venezuela over the regime’s violations of democracy and human rights, Maduro has given this smart and ruthless French president a gift he will exploit skilfully against his domestic opponents of reform.

At present, France is facing the familiar showdown between reformers and trade unions, students and recreational protesters that usually ends with a massive climb-down. It was in 1995 that French prime minister Alain Juppe took on the cosseted rail workers Macron is now challenging and caved in when the country was paralysed from innumerable strikes – with catastrophic damage to his career. Unions are smarting from Macron’s successes in introducing labour reforms last autumn and rail workers are defiantly resisting any erosion of privileges that include a guaranteed job for life and a retirement age of 50 for drivers and 57 for everyone else. And, although they are less powerful than they used to be, their rolling strike of two out of every five days was backed by 77pc of train drivers on its opening day last week.

But though the French are temperamentally opposed to change, Macron has many unassailable arguments. The proposed reforms will apply only to new employees, SNCF, the state railway company, is €46.6bn in debt and standards have slipped dramatically. And, anyway, he was elected last year on a manifesto of liberalising the economy and abolishing special privileges, which has led to record levels of foreign investment.

But resistance to any public sector reform is almost a religion for the French left, and complementary strikes are threatened by – among others – Air France pilots, supermarket workers, care-home staff and refuse collectors. Simultaneously, many students, teachers and academic staff are angry because the government is intent on radical changes to the sacred baccalaureat and the imposition of tighter entry requirements for universities which at present are so loose that 60pc of students drop out in their first year; they are responding in the traditional fashion with disruptive sit-ins.

Knowing that, like Thatcher and the miners’ strike in the early 1980s, this is a battle he has to win, Macron is making his determination clear. When a passer-by shouted “Don’t give in to the strikers” as Macron was televised getting into his car, he responded with a smile, a clenched fist and a loud “Don’t worry!”

The president has been keeping his cool and cultivating and extending his base support. Determined to counter any perception that he is yet another member of the haughty elite, he has been dismissive of political correctness in all its manifestations.

He would never make Justin Trudeau’s mistake of taking cultural sensitivity to laughable lengths as he did with his Indian wardrobe, beauty pageants are safe – and when the ‘French Elvis’ and working-class hero Johnny Hallyday died, Macron revealed himself a fan of a man he knew was despised by the reliably snooty French intelligentsia.

He has also reacted with toughness to Islamist terrorism, with the closing down of mosques that give a platform to fanatical preachers, and has defied the left by introducing legislation to crack down on illegal immigration and make it easier to expel failed asylum seekers.

But he also plays up skilfully to the almost universal French need for their country to be admired. They love it when he makes grand and imaginative showing-off gestures such as giving the Chinese president a French thoroughbred, offering the British the loan of the Bayeux Tapestry, entertaining Putin at Versailles and enchanting Trump by having him at the Bastille Day parade as the guest of honour. And they recognise that with Brexit, Angela Merkel on her way out and Italy in chaos, Macron thinks France could be the saviour of Europe.

He has set himself some mighty tasks, but to date – unlike some other young, vigorous and cool politicians such as Trudeau and Leo Varadkar – he seems to have thought his strategy through and have chosen his friends and enemies very carefully indeed. So far so good.