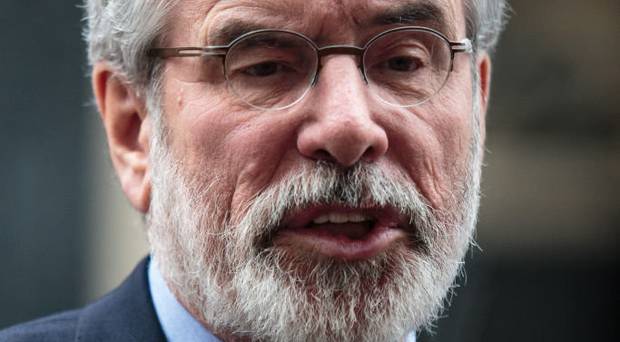 Common sense will prevail on Brexit, not the division sown by republicans, says Ruth Dudley Edwards

I’m writing at the close of a conference in Dublin hosted by the American Liberty Fund, where a small group intensively discussed ‘Liberty, Nationalism and Revolution in Ireland’. I’ve been to all too many gatherings discussing our troubled history, but what made this one different was that the Liberty Fund takes a subject with far-reaching implications, invites people from a wide range of backgrounds and disciplines who may know nothing about it to read a few hundred pages of extracts from books, articles and speeches, and then holds sessions which everyone attends, in which there is animated discussion in an environment in which there is free speech but not a free-for-all.

If you have something to say, you join the queue, but no one will say: “You can’t say that.”

So, instead of listening to politicians rehashing speeches or historians quibbling about who was to blame for this or that, you have to go back to first principles and try to understand what global issues were driving events in a small place.

The parochial mindset doesn’t long survive when you’re hearing how a local issue looks from the perspective of a Lithuanian rejoicing in freedom from Soviet tyranny or an exiled Iranian who is trying to make sense of why people in a democracy started killing each other over, what seem from the outside, to be derisory problems.

Liberty, nationalism and revolution are universal issues that all too often we get out of perspective on our little island.

I was humbled at the insights of people whose first language is not English, or philosophers who had never studied history, as they talked intelligently about, for instance, a 19th century speech by the land reformer Michael Davitt.

So as I try to address the issue of whether the Irish Government, as the Brexit minister David Davis and others think, is being driven by Sinn Fein, I’m trying look at the broader landscape.

I haven’t given much headroom – just for now at least – to whatever game Gerry Adams has been playing by talking in interviews with the foreign Press about the justification for political violence.

Nor have I been fretting over the likelihood that Leo Varadkar – who seems these days to be getting on rather well with Mary Lou McDonald – encouraged Fine Gael TD Jim Daly to float the view that there are no ideological reasons preventing a coalition between his party and Sinn Fein.

The Taoiseach, in a follow-up interview, cited irreconcilable differences such as VAT policies.

That’s rather troubling, as surely the big issue is the moral one of its eulogising of terrorists.

But Fianna Fail leader Micheal Martin has been drawing serious red lines on this.

And Brian Hayes, a well-respected Fine Gael MEP with a keen interest in Northern Ireland, wrote yesterday that a party that “still believes in paying homage to the IRA is always going to be suspect by the great majority of Irish people”.

And here’s another cheering straw in the wind.

Edna O’Brien, the novelist who shocked a generation with her sexually frank accounts of what young Irish women got up to and who in 1994 wrote a starry-eyed profile of Adams for the New York Times, last week became a Dame of the British Empire.

The gong was awarded for “services to literature”, which, her agent said, she believes “transcends politics and borders”. And so, as Secretary of State Davis keep pointing out, should mutually rewarding free trade deals.

The Irish Government has been obediently toeing the EU line in the border negotiations, encouraged by Sinn Fein, which thrives on hysteria, division and mistrust.

Yet in the great scheme of things, this nasty little party is just a pimple on history’s bottom, and common sense will triumph over Brexit.

As a philosopher reminded us this weekend, we all die and everything changes. Mr Adams may still be pulling the bloodstained strings of the republican movement with the help of a few IRA army council veterans, but he and they are getting old and power is slipping away.

Their revolution failed. Their old-fashioned nationalism has failed to secure a united Ireland.

And even their own footsoldiers are becoming restive at the party’s authoritarianism.

In the end, people get the liberty they crave.