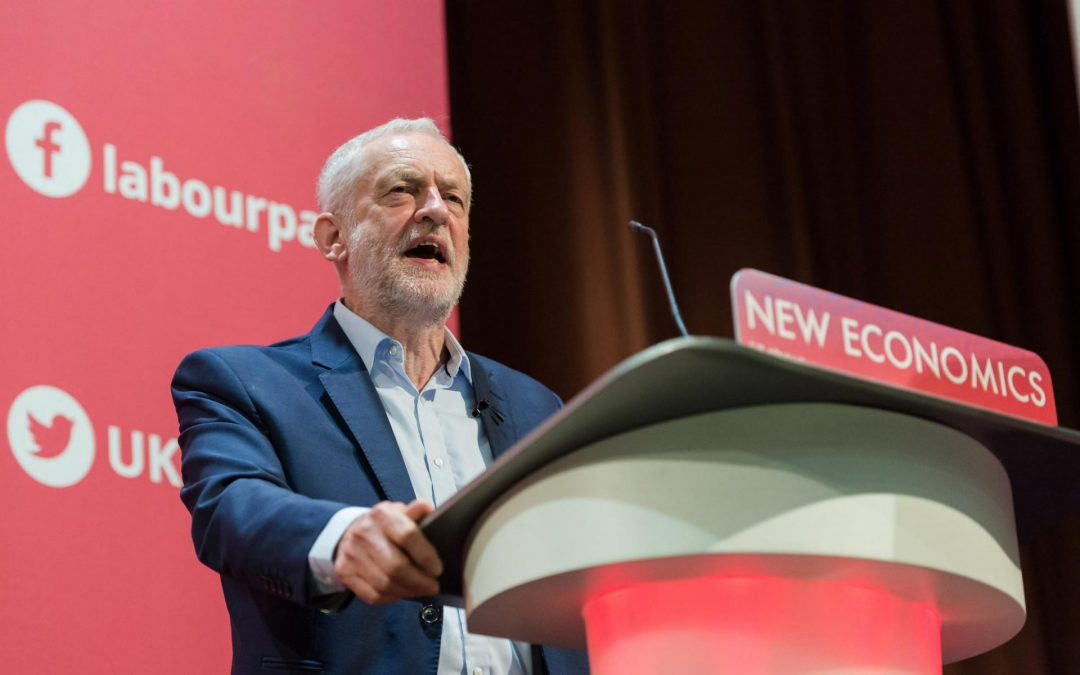 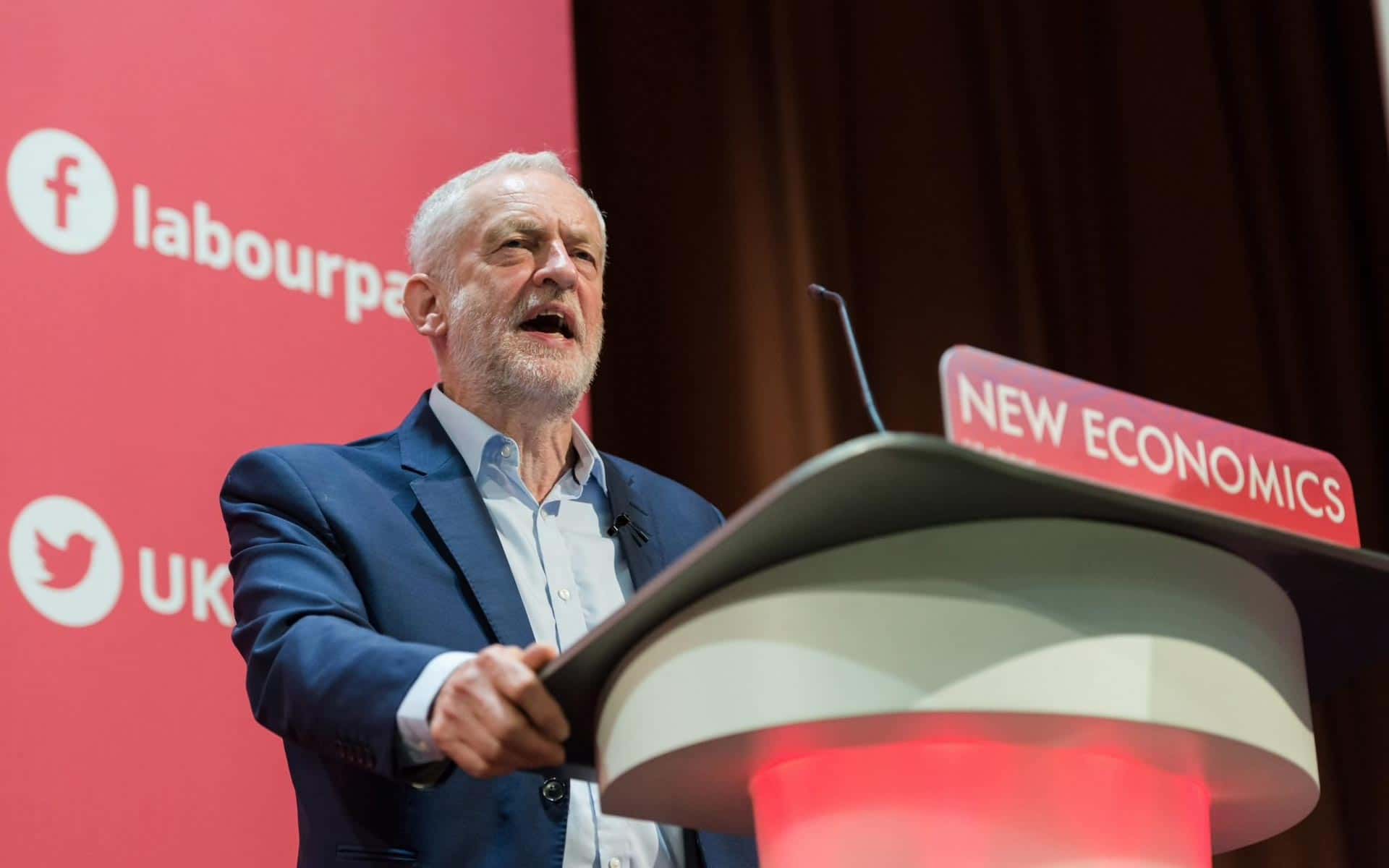 Jeremy Corbyn delivers a speech at Imperial College in central London on May 19, 2018 CREDIT: BARCROFT

If it were not for its offensiveness to tens of thousands of victims of IRA violence, Jeremy Corbyn’s visit to Northern Ireland would be comic. In his past incursions into matters Irish, he has appeared to reveal simultaneously ignorance, credulity and bigotry – all while trying and failing to convince both islands that he never supported the IRA.

But his latest intervention takes the cake. Just before his visit, he had his official spokesman say: “He over the years made his position clear that the majority of those people across the island of Ireland wanted to see a united Ireland, but in the context of the Good Friday Agreement that can only come about through the constitutional process.”

That is quite simply preposterous. Nationalists in the Republic of Ireland used to have a misty-eyed vision of a united Ireland sometime in the future, but three decades of violence have put them off it. Martin McGuinness, the former IRA leader, got 14 per cent of the vote when he ran for President, and Sinn Fein never get much more than that in elections. Privately, southerners call everyone north of the border “Nordies”, and mostly want to stay well away from them.

Only Sinn Fein now bother to demand a border vote which the Secretary of State would have to grant if there was support for it. But in a recent poll commissioned by academics at Queen’s University Belfast, only 21.2 per cent of Northern Irish people said they would vote for Irish unity.

The Labour leader is mooting a political change which only extremists now want under a fig leaf of proper procedure.

Yet Corbyn seems utterly in hock to that minority view, and his sympathies are visible in every aspect of his troubled visit.

For instance: alongside facing demands from unionists to condemn IRA violence, his relationship with the supporters of his own party in the province are so bad that he appears unlikely to be seeing any of them while he’s in the neighbourhood – lest they embarrass him with their morally unchallengeable case for being allowed to contest elections.

“The undemocratic suppression of our right to engage in Labour Party electoral politics can be sustained no longer,” they have said.  “People here badly need a Labour government and must have the opportunity to vote for Labour Party candidates as a progressive alternative to communal sectarianism.”

Because of a deal with the SDLP (the Social and Democratic Labour Party), Labour left the field of Northern Irish politics many decades ago. Indeed, it was only after legal challenges that they were comparatively recently allowed to organise there, but they are still barred for standing candidates. As they were constitutional nationalists, Corbyn has never respected the SDLP and would abandon them without scruple, but Gerry Adams would rather avoid any challenge to the tribal politics that underpins Sinn Fein success.

The Sinn Fein leadership is smart, and can’t see a useful idiot without clasping them in a warm embrace, as they did with Corbyn from the early 1980s. So entranced was the Labour MP by the whiff of the cordite, and by people who hated the British state and liked totalitarian governments as much as he did, that he became one of their best friends in London.

It was after the Harrods bomb in 1983 – when six people were murdered – that he flew to Northern Ireland to meet Danny Morrison, famous for asking a Sinn Fein conference if anyone would object “if with a ballot paper in one hand and an Armalite in this hand, we take power in Ireland?”

The following year, after the IRA killed five in the Grand Hotel in Brighton, Corbyn brought two convicted IRA terrorists into the Commons, and London Labour Briefing, in which he was closely involved, demanded immediate British withdrawal.

At a glance | The Good Friday Agreement

The Good Friday Agreement is the result of 1998 negotiations and forms the basis for Northern Ireland’s current system of government.

The British and Irish Republic governments both agreed to renounce territorial claims on Irish land outside their own borders. The way was left open for Northern Ireland to rejoin the Republic on holding a region-wide referendum.

Against all the evidence that he was an IRA cheerleader, Corbyn claims that all the time he was in the business of “conflict resolution”. Yet Seamus Mallon, the first SDLP Deputy First Minister, who was involved with peace negotiations over many many years, said that Corbyn “very clearly took the side of the IRA and that was incompatible, in my opinion, with working for peace.”

So it is today. The Labour leader is mooting a political change which only extremists now want under a fig leaf of proper procedure. The extremists will know which side his bread is really buttered on. His spokesman also said that during his visit he would seek to “engage with all communities and people across Northern Ireland” on both the peace process and Brexit, as well as “the need for a transformation of the economy in Northern Ireland as in the rest of the UK in a way that works for all communities”.

Well, if he wants to make a gesture to the majority of Northern Irish people, he could, when he shows up at Queen’s to make a speech, condemn unequivocally the IRA’s murder there in 1983 of Edgar Graham, a 29-year-old law lecturer, whom they had targeted because he was a rising star of unionism.