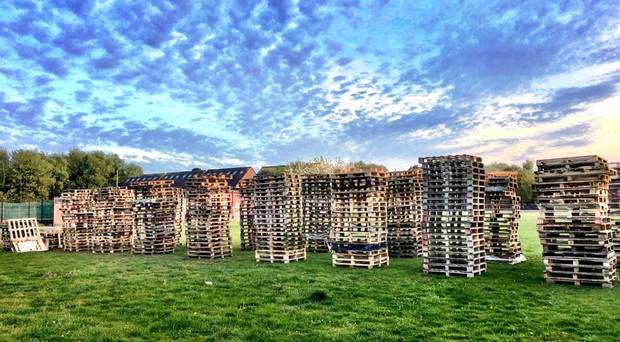 When the DUP and Sinn Fein achieved electoral dominance and the late Chuckle Brothers – Martin McGuinness and Ian Paisley – took over, they proved adept at finding ways to talk the talk of power-sharing while walking the walk of power-splitting.

Stronger than ever, though unable these days to make Executive deals, the two parties are busy divvying up the spoils in Belfast.

Fortunately they haven’t yet managed to kill off the smaller parties, so their latest disgraceful collusion over using ratepayers’ money for their own electoral advantage has attracted howls of protest that may yet upset their cosy conspiracies.

As SDLP group leader on Belfast City Council, Tim Attwood, describes, although some funding decisions are closely scrutinised, a number “have been pushed through by Sinn Fein and the DUP with little-to-no transparency or fairness at all”.

In February, for instance, £4m of council funds was reallocated to nine community projects in east and west Belfast for “community tourism” – with no opportunity for bids from the public.

On his Facebook page last Wednesday, UUP Councillor Jeff Dudgeon blew the whistle on the decision on May 18 by the Strategic Policy and Resources Committee (SP&R) “in secret, with no papers ever made public”, to give £400,000 to Sinn Fein and DUP pet community groups for “bonfire diversion”.

The cunning plan involved no one outside the magic circle knowing that this money was available.

A few outsiders heard a rumour and put in some rushed applications, but had no chance of making the cut.

In the current terminology, the justification for this splurge is that it will do something about “negatively perceived bonfires”.

The DUP support respectable bonfires, while Sinn Fein want them all banned because in the republican world these days only dissidents build them.

I fail to grasp why dissidents are likely to be persuaded to abandon bonfires by the award of another £100,000 to Sinn Fein’s favourite heavily-sponsored baby, Féile An Phobail, any more than how £80,000 to the Ulster-Scotch Heirskip Cooncil/Ulster-Scots Community Network will divert loyalists from building towering infernos.

But obviously SP&R members Seanna Walsh, that distinguished ex-IRA bomb-maker and ex-prisoner, and Lee Reynolds, the DUP leader on the council and an Ulster-Scots enthusiast, feel differently.

Other lucky recipients include the Twaddell Woodvale Residents’ Association who have promised to run “a major event on 11 July” with the help of £100,000, and community festivals in East Belfast (£50,000), New Lodge (£40,000), Market (£10,000) and Belfast South Community Resources (£26,521), which is a digital skills programme with nothing to do with bonfires.

And where is the money coming from? Well, the European City Capital of Culture Budget is being raided for £180,000.

Yes, I know the Belfast and Londonderry bid failed, but the big boys thought keeping that Budget going for pet schemes was a good idea; the rest came from the all-purpose General Reserves.

But it is of course the ratepayers who are coughing up through rate increases – at a time when high streets are ominously seeing shops close down to the left and right.

In the vote, Alliance, SDLP and UUP together mustered six votes against the victorious 12.

“We have asked the UUP and the SDLP to join us in registering concern over the abuse of ratepayers’ money regarding this latest carve-up by Sinn Fein and the DUP,” said Alliance councillor Emmet McDonough-Brown.

The SDLP and Alliance have now asked to meet the Audit Office, and the UUP will join them.

As Jeff Dudgeon said in his Facebook post: “The reality is that if you give the two big parties a majority they will squander your money.”

It was only because of a complaint he made on the 18th about the lack of details that officials hastily added to the decision to register a promise “to ensure transparency” in the future by establishing an open call diversionary or a “call-in” safeguard that allows councillors to ask that a decision be looked at by a lawyer to see if it should be reconsidered.

“Lord, make me transparent – but not yet!” could be regarded as the DUP-Sinn Fein ecumenical prayer.

Ratepayers might take note that there are council elections next year in which this unholy alliance might usefully be taught a lesson.