Contemptuous as ever, the Sinn Fein juggernaut is now rolling over freedom of conscience 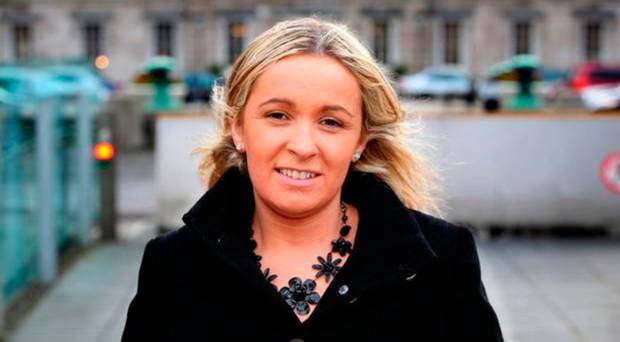 The noun “progressive” used to mean someone who advocated social reform. These days, in both jurisdictions on the island of Ireland, to many of us it is coming to mean a hectoring, secular bully who regards social conservatives with a mixture of contempt and loathing.

Self-styled progressives resemble old-fashioned missionaries of the worst kind, determined to force their beliefs upon those whose culture they don’t understand but whom they consider backward.

And the more recently converted to progressiveness they are, the more extreme is their zeal.

It is of course no surprise that Sinn Fein should be trying to take control of the newly fashionable secularist mob.

A party that could do a U-turn on the EU after 40 years had no problem performing a somersault on abortion. It’s only three years since Martin McGuinness said he was beginning to open his mind to the need to permit termination in the case of fatal foetal abnormalities.

Now his party has enthusiastically embraced abortion on demand “for a limited gestational period”.

In other words, the leadership has a blank moral cheque.

Major Irish political parties offered freedom of conscience to their representatives, but true to form, at its ard fheis Sinn Fein rejected any such notion.

“I feel that I no longer have a place in this party, which doesn’t recognise or show genuine respect for the pro-life views of members,” said pro-life Sinn Fein TD Carol Nolan after she announced her resignation from the party, since she believed that any TD who voted for abortion was “responsible for all abortions that happen in this state”.

Former Limavady mayor Anne Brolly, who had left the party in 2016 in alarm at its increasingly liberal stance on abortion, was equally eloquent: “Republicanism is built on individual rights, the cornerstone of which is freedom of conscience.”

Her husband Francie, one-time MLA who resigned in February on the same issue, said “a person is not free if his conscience isn’t free, and if there is no freedom, there’s no point in Sinn Fein talking about a republic”.

“Whatever you believe, in Sinn Fein you do what you are told,” he added.

His old party had demonstrated that it had no interest in morals, seeing the campaign to liberalise abortion as a “runaway juggernaut”.

Well, opponents of the republican movement would have little difficulty in agreeing with Mr Brolly that the Sinn Fein party has no interest in morals, but I confess to having found challenging his and his wife’s explanation that, as the Newsletter put it, “there can be no comparison between the IRA’s campaign, which cost thousands of lives, and the termination of foetuses”.

Does that mean that it’s okay to kill the living, but not the unborn?

Martina Anderson MEP clarified the issue at the ard fheis, reported the Newsletter, describing a conscience clause as “a cop-out when it comes to standing up for the rights of women, before roaring: ‘The north is next!'”

Taoiseach Leo Varadkar is rather late in the day becoming alarmed at the vicious intolerance being shown by these crusaders.

He attacked what he described as the “socialist ideology, which is to push religion out of the public space and to force people who are religious to be ashamed they have religious conviction and to hide them in a corner and to do what they want to do, which is to de-fund bodies and take public funding away from bodies such as the Vincentian Partnership for Social Justice, the Society of St Vincent de Paul, Crosscare, Trocaire and Concern”.

Socialists wanted to remove that funding “because they do not just believe in the separation of church and state; they want to turn religious people into pariahs, put them in a corner and hide them and take away funding from institutions”.

The war is not over, north or south.

The progressives are armed with self-righteousness and on the march.