A successful pilot run for the Duke and Duchess of Sussex 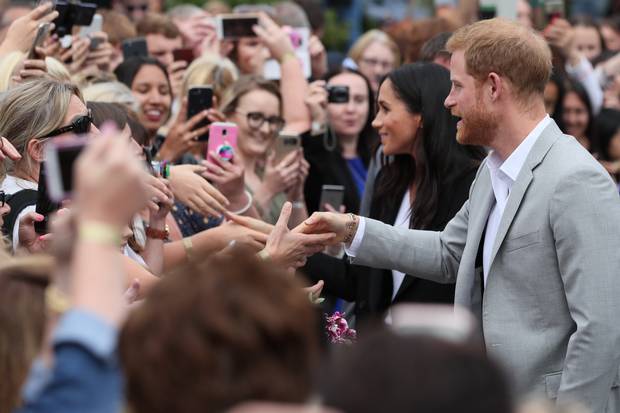 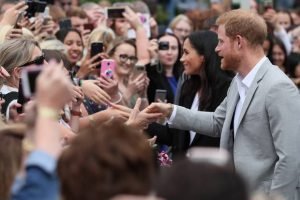 ‘The fawning over #HarryandMeghan has been pretty nauseating,” tweeted The Irish Times journalist Kitty Holland last Wednesday. “For clarity, Meghan is no feminist if we care about all women’s rights. They’re a vestige of feudalism and not the company progressive people should keep. A lot of people should have known better.”

That got 936 likes, presumably from “progressive people” who feel distaste for anyone who doesn’t tick all their boxes. I was reminded of Glenda Jackson’s memorable rant five years ago after the death of Margaret Thatcher: “To pay tribute to the first Prime Minister denoted by female gender, OK; but a woman? Not on my terms.” At least Ms Holland hasn’t actually expelled Meghan from womanhood for outrageously accepting the compromises involved in marrying a famous man with a well-defined career, a man with whom she’s obviously passionately in love.

Ms Holland is typical of ideologues who just cannot bear the existence of monarchy, even though it suits the vast majority of the British public. It must be very disheartening for devout republicans that every time the royals have a serious dip in popularity, they reinvent themselves.

Edward VIII’s selfishness in choosing love before duty and abdicating in 1936 to marry the twice-divorced Wallis Simpson, rocked the country and catapulted the king’s shy, stammering brother into a job he desperately didn’t want. Yet with the support of his charismatic wife, Elizabeth, their joint determination that with their two young daughters they should share the dangers of Londoners and bring the bereaved and injured succour, won over public opinion.

George’s VI’s elder daughter most definitely did not want the job in 1952 at only 25, not least because becoming consort wrecked her husband’s successful Navy career, but she promised to dedicate her whole life to the service of her subjects, accepted that post-war Britain was a very changed place and supported Prince Philip’s determined and mostly successful attempts to modernise the institution and the court. Both have been phenomenally hard-working. Philip for instance, apart from being chairman of The Duke of Edinburgh’s Award – which has involved six million young people over the past 60 years – was active in more than 780 organisations until his retirement last year at 96.

Prince Charles is another grafter: his Prince’s Trust has helped almost 900,000 young people turn their lives around. In 2017, Princess Anne outstripped all the rest of the family with 540 engagements, at home and abroad.

But there was plenty of bad press. For while Charles’s marriage to Diana Spencer in 1981 and Andrew’s to Sarah Ferguson in 1986 seemed welcome injections of youth and glamour, neither survived relentless media scrutiny. For the Queen, 1992 was an annus horribilis that included a series of disasters such as Anne’s divorce, scandalous revelations about the marriages of two sons and the partial burning down of Windsor Castle. Yet infinitely more horrible was 1997, when the global star that was the charming but flaky Diana died with her lover in a car crash in Paris. The royals did what they do best – keeping a stiff upper lip – only to find the public turning against them for perceived heartlessness.

Yet two decades on, they have rarely been more popular. They have kept their heads down, slogging away, opening things, and Charles married his Camilla. What anti-monarchists don’t get is how much contact there is between royals and the population at large and how much their patronage means to tens of thousands of organisations, big and small.

Many feel they know family members well and identify with them over births and marriages and divorces and deaths. In 2002, at 101, Elizabeth the Queen Mother, who had worked on until a few months previously, died, and the general view in the metropolitan bubble was that no one would be much interested. In the event, 200,000 people filed past her coffin and more than a million lined the streets to watch the cortege go by.

Charles did a good job of bringing up William and Harry, both of whom were scarred by their mother’s death, hated the media and would rather not have been princes, but both of whom have a sense of duty. William fell in love with Kate, a friend, and found her middle-class devoted family a source of strength and comfort, while the Windsors, who had learnt bitter lessons from earlier disasters, welcomed somebody well-grounded and old enough to know what she was taking on. Harry liked independent-minded women, but his two long relationships foundered because neither was prepared to give up freedom.

And then came Meghan Markle. She is 36, a smart woman who has succeeded in one profession and is taking on a new one with her eyes wide open. She and Harry share a desire to use their strengths to make the world a better place for the vulnerable. If that involves Meghan having to make endless small talk and express no political opinions, then it looks as if she’s happy to make that choice. The way in which they together choreographed a wedding so symbolic in its celebration of her mixed-race heritage suggests they will be a formidable pair.

We should be pleased the Duke and Duchess of Sussex chose Ireland for Meghan’s first international trip and that so many Irish people greeted them warmly as they have greeted the Queen and other royals in recent years. There’s nothing nauseating about welcoming guests rather than sneering at them because they don’t lead their lives according to your puritanical criteria. It was, for instance, very good to see the exemplary way the GAA conducted its part in the proceedings, oddly enough in the same week as rugby legend Brian O’Driscoll – a friend of William’s and Kate’s – was well-received at an Orange parade in Loughgall, where he had a go at playing the Lambeg drum.

I loved the letter to The Irish Times from Padraic Harvey: “Sir – On Wednesday we were treated to the sight of the Duchess of Sussex treading the hallowed sward of Croke Park and marching across the cobbled court of Trinity College in her Sarah Flint stilettos. She neither sank nor toppled. A woman who can do that can do anything.”

And is definitely no vestige of feudalism.