It’s hard to please both southern voters and the IRA 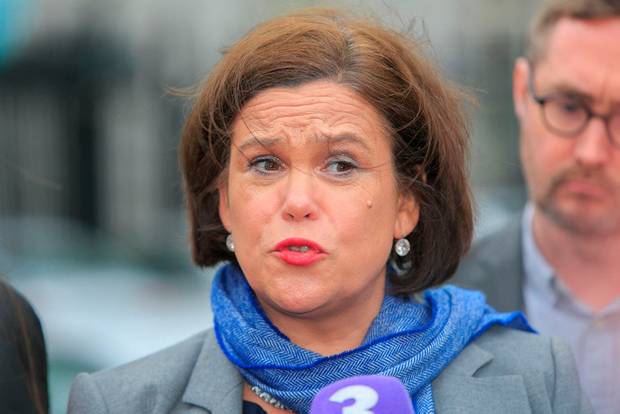 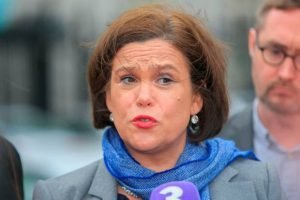 Last week, the Belfast Newsletter had a major interview with Mary Lou McDonald. It can’t have been easy, for she is simultaneously riding two horses of uncertain temperaments, either of which might bolt at any moment.

One is the southern electorate, which wants competence and modernity and insofar as it cares, wishes Northern Ireland once again had a devolved administration. The other is the informal strategic committee of angry, hardline IRA veterans that direct the republican movement from the Felons Club in West Belfast while rewriting the past.

The Newsletter isn’t just unionist and fiercely critical of political violence, it is tough-minded and probing. “In many ways,” wrote its political editor Sam McBride, “Mary Lou McDonald seems to be a break with Sinn Fein’s past – female, middle class, and with no background in the IRA.”

He recognised her desire to project “the sense that something significant has changed with the passage of power from Gerry Adams to her”. But what he sought to discover was: “Does the switch from a leadership which was at one point also the leadership of the IRA to one which was never involved in terrorism extend to putting greater distance between the party and the violence of the past?”

So he asked some hard questions. Did she, for instance, believe Mr Adams’s claim that he was never in the IRA – which is disputed by “republicans, historians and members of the security forces”? “I do, yeah,” she said. She and Mr Adams had discussed the issue. So why hadn’t he joined? Her answer lacked her usual crispness but in essence was: “I believe Gerry.”

What about the belief among both the police and members of Sinn Fein that the army council still controls Sinn Fein? Her answer essentially was that the IRA said they’d gone away, so they had. (This didn’t address why a furious meeting in the Felons Club in January 2017 caused Sinn Fein to wreck the executive for spurious reasons.)

On surer ground, she was forceful in her denials “that she is a puppet of unelected IRA men”. She knows “all about Sinn Fein because I’m its leader… and to suggest that there is anybody pulling my strings, putting words in my mouth or telling me what to do is asserted by people who either don’t know me at all or are doing it for the purposes of trying to undermine and to cast doubt”.

Mr McBride then disobligingly asked if she still stood by her 2016 comment that Thomas ”Slab” Murphy – who recently did time as a major tax evader – was “a good republican”. She did. While she has “no truck with tax evasion”, she had met him “a handful of times. He always struck me as a decent, nice person”.

It is inconceivable that Ms McDonald does not know that Mr Murphy was accused by the Sunday Times in the 1980s of all kind of terrible things including being director of a bombing campaign in Britain – and that he lost two libel actions in Dublin because juries concluded he was a liar. She will also know that one of the key witnesses against Mr Murphy, former IRA member Eamon Collins, was subsequently viciously beaten and murdered with a spike through his face eight months later about 70 miles away from Mr Murphy’s farm.

In the Dail that afternoon, Ms McDonald had to deal with the news of the appointment as Garda Commissioner of Drew Harris, whose exceptionally distinguished police career began in the RUC. That he interviewed Gerry Adams over the murder of Jean McConville has made him a particular target of IRA hate. She should know too that although the IRA murdered 273 police officers in Northern Ireland, only 11 IRA members were killed by police. Yet she instantly resorted to lies and slander by demanding Mr Harris demonstrate “that he in no way subscribes to the toxic, vindictive policing culture which necessitated the disbandment of the RUC”. The RUC was not disbanded: it was reformed and renamed.

Under pressure to acknowledge IRA murders, she drew on the republican dictionary of weasel words. There was no condemnation. The Newsletter editorial summed up how she is viewed by the Protestant tribe she is trying to woo: “If the day comes when Sinn Fein politicians can condemn the IRA carnage as needless, that will be a huge breakthrough. If they cannot do so, then they should just ditch the references to ‘regret’ and sympathy that in fact only underline their refusal to reject the conduct that caused the death and loss.”

That’ll be the day.