A bad time to border on hysteria 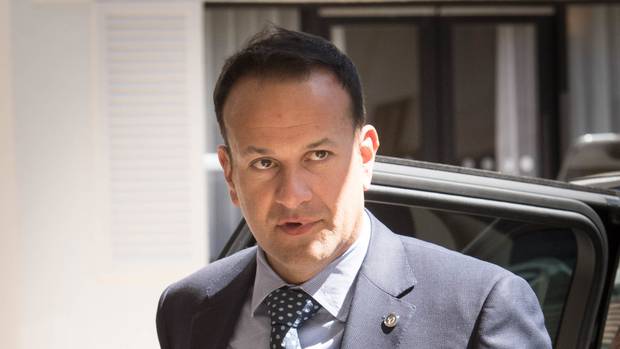 Taoiseach’s attitude to Brexit is so extreme that he is becoming a British tabloid hate figure, writes Ruth Dudley Edwards 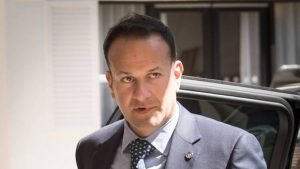 What on earth is going on with Leo Varadkar? Is he trying to appeal to Sinn Fein voters by making a bogus fuss about the Border and becoming a bete noire of The Sun, which calls him a bigmouth, a fool and ‘Liability Leo’. What propelled his lunatic suggestion that British planes might be banned from Irish skies, despite freedoms of the air being guaranteed not by the EU but by a multilateral international treaty? Is he being controlled by Brussels Central? Or is it something deeper?

“Our overriding policy is to ensure that Ireland and the Irish people do not once again become collateral damage in a British policy decision,” he wrote, and then proceeded to talk about the need to protect the Common Travel area. I can’t think of a single supporter of Brexit who opposes sticking to an arrangement that has worked well for most of a century.

He mentioned protecting the sacred Good Friday Agreement, with which the EU had nothing to do and which has no bearing on normal business between Northern Ireland and the Republic. Then he dragged in a typical distorted republican grievance: “One hundred years ago, we were forced to accept partition.”

Varadkar must know that since the desired British policy of giving Ireland Home Rule was scuppered by the tribal passions of largely Catholic nationalists and largely Protestant unionists, it would be fairer to blame the collateral damage on the inhabitants of the island. He then pointed out in a burst of honesty that “it was we who put in place customs controls in a drive for self-sufficiency in the 1920s, hardened the Border again during the economic war in the 1930s and it was hardened again for security reasons due to paramilitary violence”. So what has any of that got to do with present hysteria about the Border?

It was reassuring that he said that, while he regretted Brexit, “we respect the decision of the British people to leave”. But later on he wrote: “The United Kingdom has ruled out the easiest and most obvious solution which is to form a customs union with the EU and to stay in the single market.”

That is absurd, since it would mean, as many Brexiteers are pointing out, turning the UK into a rule-taker rather than a rule-maker – in effect, a vassal state.

Well, if it’s collateral damage the Taoiseach is worried about, it’s about time he grasped that if Brexit turns out to mean Remain (but on worse terms), the domestic political consequences in England and Wales, which together make up 89pc of the population of the UK and voted 53pc for Brexit, could not just bring down the May government but produce utter political turmoil which would be bad for everyone, including Ireland.

The normally placid British public thinks its government has made a hames of negotiations by being too accommodating to the EU establishment, which even many Remainers now regard as shocking, cynical bullies. Many Brits think the civil service, parliament, the BBC and the establishment in general are in a conspiracy to betray the Leave voters and think both major parties are disunited and weak. A poll last Friday gave Theresa May the awful and steadily dropping satisfaction rating of 30pc, with 28pc for Jeremy Corbyn.

Populism is spreading across the EU like a forest fire and, though the British people have little taste for it, if they feel they’re being played for mugs they get angry. Ukip is reviving in the polls and the possibility looms of an election dominated by extremes.

What I find utterly missing from Irish nationalist attitudes to Brexit is there seems to be no understanding that what is happening in the UK (especially England) is not little Englandism or xenophobia, but a simple desire to regain sovereignty and control. It baffles me that having been so proud of having achieved independence, there is such Irish contempt for EU countries who are sick of being bossed around. That’s why there’s little chance that the British can be bullied into abandoning Brexit.

I think Varadkar’s behaviour is rooted in inexperience and a desire to prove himself a fior gael. Firstly, the British don’t want a hard border and in Northern Ireland the only people who do are (secretly) the leaders of republicanism of all stripes who see great scope for mischief-making, but Brussels – which wants to kill Brexit by any means – has seduced him into backing the impossible demand that this non-problem be resolved to the EU’s satisfaction before anyone knows the terms of a trade agreement.

Secondly, it’s relevant that being a half-Indian gay man makes you a bit of an outsider. The phrase “more Irish than the Irish themselves” has been used in the past of incomers. Being half-English like Patrick Pearse, or born abroad, like James Connolly and Eamon de Valera, was a big motivator toward proving yourself as a nationalist. You can see it in England, with the tough Home Secretary, Sajid Javid, son of a Pakistani bus driver, who stands a good chance of becoming leader of the Conservative party.

“We should never forget,” concluded the Taoiseach’s article, “that four times in our history we travelled a different road to Britain; when we became independent and left the empire, when we became a republic and left the commonwealth, when we broke the link with sterling and floated our own currency and when we joined the euro without the UK. On each occasion there were enormous risks and challenges and a difficult transition. On all occasions, we emerged stronger and more prosperous. And this time, we will, too.”

And that is exactly what the Leavers hope and pray for, too.