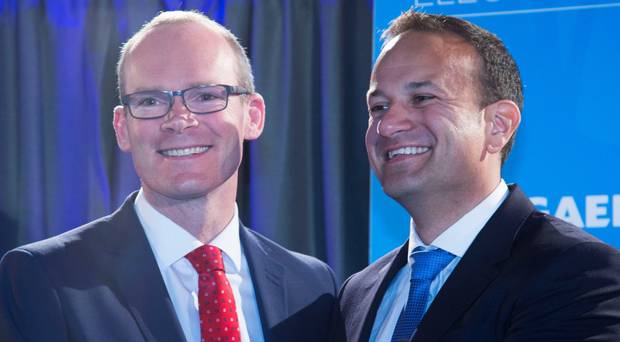 The pair would do well to remember what happened when Celtic Tiger died, writes Ruth Dudley Edwards 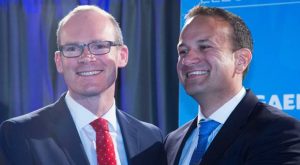 Simon Coveney, the Republic of Ireland’s Tanaiste and Minister for Foreign Affairs, has been making his presence felt of late in the UK. Fair enough. There’s nothing more important to the Irish Republic at the moment than a good outcome to the Brexit negotiations.

My problem with Mr Coveney is that that so much of what he does is counter-productive, which is why he often has to back off – as for instance last week over the significance of the British-Irish Intergovernmental Conference he had been absurdly talking up.

As Eilis O’Hanlon pointed out the other day, he seems to specialise in winding up unionists, and, like Taoiseach Leo Varadkar, is rather alarmingly prone to wrap himself in the green flag.

Messers Coveney and Varadkar are bitter rivals who are both arrogant, intensely ambitious and feel a need to compensate for aspects of their background by emphasising their nationalist credentials.

The Coveneys are one of what are known as Cork’s merchant prince families, and Simon was only 26 in 1998 when, after the death of his father Hugh, a Fine Gael Cabinet minister, he inherited his Cork South-Central seat.

He tries to play down his considerable privilege, but in a tightly-foughtfour-seat constituency, not only is he looking over his shoulder at Fianna Fail leader Micheal Martin, who tops the poll and is an Irish-speaking ex-history teacher, but he sees Sinn Fein progressing by leaps and bounds.

Mr Martin is a consistent enemy of Sinn Fein, who refuses to countenance any idea of going into coalition with it, so it’s no wonder Mr Coveney shows it more sympathy.

Mr Varadkar is half-Indian and gay, which fits in brilliantly with the new cosmopolitan and politically correct Republic, but nonetheless – as with half-Irish Patrick Pearse and half-Spanish Eamon de Valera – he seems to feel the need to emphasise his Irishness.

In June 2017 Mr Coveney lost the Fine Gael leadership election to 38-year-old Mr Varadkar, for although he was much better at cultivating the rank-and-file and had the support of 65% of party members, they had only 25% of the vote in Fine Gael’s electoral college.

Mr Varadkar is under no illusions about what are the ultimate hopes of his deputy, who has form in trying to topple party leaders.

However, they have been as one in refusing to resolve the mostly bogus border problems by working out technical solutions with the UK.

Indeed, the Taoiseach suspended the useful work his predecessor had initiated on just that.

Instead, both men enthusiastically do the bidding of the key Brussels strategists Jean-Claude Juncker, the commission president, and the two men he appointed to make a good deal for Britain impossible, naysayer Michel Barnier and German lawyer Martin Selmayr, whom in March Juncker elevated without warning into the top civil service job in the European Commission.

Messrs Coveney and Varadkar have bought into Mr Juncker’s vision that if all roads to a decent deal for Brexit have been blocked off, Theresa May’s Government will cave in and stay in the customs union and the single market.

And so they obligingly call for such impossible solutions as an internal border in the Irish Sea that would threaten the integrity of the Union.

Mr Varadkar absurdly threatens to bar British planes from Irish air space, while forgetting that in the event of a terrorist attack the whole island will depend on the RAF.

Mr Coveney offensively denounces British planning for no deal as “bluff and bravado”.

They also seem to think that Ireland will be rewarded by its Brussels masters by being given some kind of get-out clause from the proposed tax harmonisation that would ruin its economy.

They seem to have forgotten that after the Celtic Tiger collapsed Irish taxpayers were sacrificed to German bondholders.

Mrs May made a ghastly mistake in allowing Monsieur Barnier to insist on settling the border issues before sorting out a trade arrangement.

She will not survive if she makes any more concessions.

The present mood of the British public suggests that no deal will be much more popular than selling out.

It won’t be great in the short-term for the UK, but it will be a lot worse for the Irish Republic.