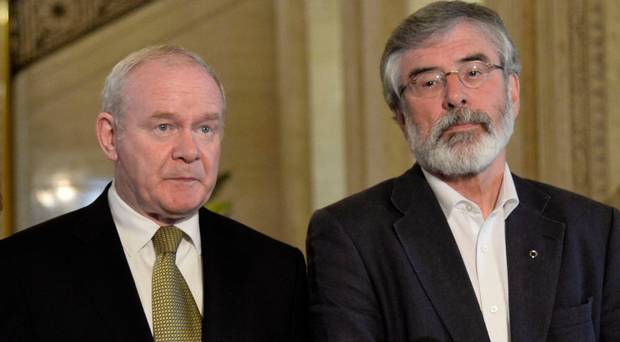 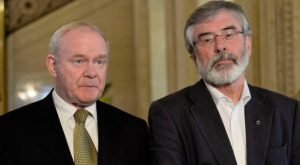 Just before writing about legacy issues, I read Gerry Adams’ blog about the erection of a stone dedicated to Martin McGuinness in the Mullaghbawn Memorial Garden. It was inscribed “A true friend and comrade of the Republican Movement in South Armagh”, which indeed he was.

For in his capacity for several decades as a senior IRA leader, McGuinness approved and applauded the many hideous acts and the criminal defrauding of the two states and their citizens carried out in that area under the direction of his comrade Thomas ‘Slab’ Murphy.

Mr Adams didn’t mention Slab, who is not long out of jail in the Republic, but he singled out for praise Raymond McCreesh – closely linked to the Kingsmills massacre – and “the indomitable spirit of the Republicans of South Armagh”.

He denounced “the arrogance of the British and their propagandists who during the years of conflict labelled this proud community as ‘bandit country’ – and the freedom struggle as a criminal enterprise”.

“It is only right that we commemorate and celebrate their sacrifice.”

He then moved to his version of outreach by explaining that “it is important also to uphold and acknowledge the right of those who the IRA fought against to be commemorated and celebrated by their families and friends and former comrades”.

Big deal! “They were doing their duty as they saw it. Thankfully, it is all history.

“It’s time to heal old wounds, to reach out to extend the hand of friendship to opponents and old enemies.”

Mind you, that won’t stop him leading deputations and parades demanding the legal pursuit of those he accuses of killing republicans.

Mr Adams is so warped that he sees a murdered policeman as a perpetrator and his killer as a victim.

As Professor Arthur Aughey has put it: “We are at a stage of moral inversion: where terrorists have become victims; where those who enforce the law are now held to be in debt to those who did not.”

At the end of March I spent an evening in the little Fermanagh town of Lisnaskea at a meeting organised by the South East Fermanagh Foundation (SEFF) talking to about 100 fine people who are true victims.

Most had been cruelly bereaved, injured and psychologically damaged by terrorists – few of whom have been brought to justice and many of whom are extolled as heroes for murdering their neighbours.

They have had to endure not only seeing killers and their apologists in positions of power, but watching as their fake version of history became accepted by ignoramuses in the media and in politics.

When does the Northern Ireland Office show any appetite for correcting the lies about widespread police and Army collusion with loyalists?

Yet SEFF members have never sunk to the level of their persecutors by seeking vengeance outside the law.

On Wednesday at 6.30pm in committee room eight at the Palace of Westminster I’ll chair a meeting organised by SEFF – this time in conjunction with Innocent Victims United (IVU) – which is part of the NIO’s legacy consultation process.

With the setting up of a London HQ, SEFF membership is now open to English, Scottish and Welsh victims. IVU is an umbrella organisation for more than 20 member groups in the two islands, collectively supporting more than 11,500 individual victims and survivors.

Their ethos is clear: “No grievance, enmity or political objective justified the use of criminal violence in what became known as the Northern Ireland Troubles.”

Defence Secretary Gavin Williamson deserves some credit for recognising that the NIO’s suggestions for how to deal with the legacy of the Troubles appear to be deeply flawed.

But his suggestion of a general amnesty offers what Sinn Fein craves: a moral equivalence between the servants of the state and the terrorists.

I wonder how many politicians will bother to turn up on Wednesday to help stop the rot.