Angry at Boris? I just feel rage for the women forced to hide away behind the burka

Boris Johnson’s joke about burka-wearing women looking like ‘letter boxes’ made me wince – not least because I know there are so many women forced to dress that way at the behest of their menfolk and who hate how it makes them look.

There are many worse things than giving offence, and one of them is to cordon off contentious topics and designate them no-go areas, while demanding punitive attitudes to people who make inappropriate jokes.

So full marks to the former Foreign Secretary for getting this desperately needed public debate going.

If he’d tackled the subject by writing something that wouldn’t upset even the most sensitive imam, then we might not now be having frank discussions in pubs, on phone-in programmes and on social media about two issues we need to speak truthfully about.

First, are we entitled to outlaw cultural practices that come from abroad that, for whatever reason, a majority of people feel uncomfortable with?

And secondly, in the interests of showing sensitivity towards those who feel slighted, should we curtail free speech? 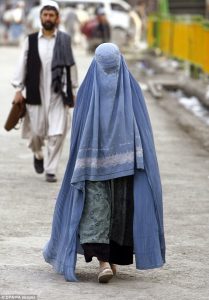 ‘So many women forced to dress that way at the behest of their menfolk and who hate how it makes them look,’ writes Ruth Dudley Edwards

Taking the first point, I agree with Boris that the burka shouldn’t be banned as it has been in France, Belgium, Chad, Cameroon and Denmark.

Stopping people wearing what they like is an interference with the individual liberty we prize in this country, so we shouldn’t do it.

Yes, the language he used gave offence to the kind of people who like to take offence, particularly extreme liberal cheerleaders who think it unforgiveable ever to criticise minorities.

He has also, of course, given the Left a golden opportunity to distract attention from the anti-Semitism that is poisoning the once great Labour Party by alleging that the Conservative party is Islamophobic.

But it cannot be denied that many of us talk in private about how we are troubled by the burka and the niqab, though few of us will say so in public for fear of being accused of being Islamophobic or racist.

I come to the subject as someone who has studied Islam. When Islamist acts of terror emerged as a potential threat here, I wanted to learn more about the dangers posed by extreme Islam and began reading extensively, writing and debating about it.

The climate for debate, however, has deteriorated because of restrictive laws about so-called hate-speech passed by a pusillanimous liberal elite, officiously policed, and supported by teachers and academics who tell their students they can’t challenge liberal pieties until they end up too terrified to question anything.

Added to that are sanctimonious media and Twitter mobs that can destroy people’s careers with screeching accusations of racism or sexism over a clumsy word. As a result, free speech is becoming gradually stifled.

This in turn spreads resentment and can fuel the far-Right, as we are seeing in Britain. So I feel that those of us who are battle-hardened should tell the truth bluntly, even if it’s impossible to open your mouth without offending somebody. 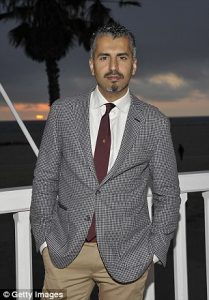 Personally, I feel that wearing the burka and the niqab implies a rejection of our society, yet I have no doubt that some women are permitted no choice but to cover up by fathers, husbands or brothers.

I also believe strongly that we should stand up to self-appointed spokespeople like Baroness Warsi (she has accused Boris Johnson of encouraging hate crime), and Lord Sheikh (he wants him thrown out of the Tory party) who try to shame us out of being frank.

I have read the Koran twice, and know there is no requirement in it for women to cover their faces or even their hair. So any time you hear anyone claiming otherwise, know they are either ignorant or lying, and feel free to tell them it’s an Arab cultural practice that is out of place in the West.

My position was neatly summed up on Twitter by Maajid Nawaz, a one-time Islamist who co-founded Quilliam, the think tank which challenges extremism. Through his LBC radio show he debates with everyone and is cheered on by many Muslim listeners who hate what is being said in their name by fundamentalists.

The burka ‘is the uniform of medieval patriarchal tyranny,’ he wrote. ‘It victim-blames women for their beauty. Where this is enforced it symbolises violent misogyny. I’m not advocating banning this monstrosity but I refuse to defend it. It deserves to be ridiculed. Not the women inside it.’

Neither the law nor misguided sensitivity should prevent women being required to show their faces at passport control or to police or security personnel at the point of entrance to any building, public or private.

Shops should have the right to refuse service to anyone with a covered face. No child should have a schoolteacher nor any patient a nurse whose face they can’t see, and any judge and jury are entitled to watch the expressions on the faces of participants in a court case.

Much as I dislike the veil, though, I do sometimes smile at someone wearing one if we are in close proximity, not least because it’s all too possible they are unwilling victims of a tyrannical relative, and I want to reassure them that they are not in a hostile world.

I have nothing but contempt, however, for non-Muslims who defend a uniform that isolates women from normal life and makes it almost impossible to make cross-community friendships.

I hope the hysteria over what was a perfectly rational and liberal article – with just one or two elements that might have been better expressed – will encourage us all to stand up for our right to say what we think, however unfashionable.