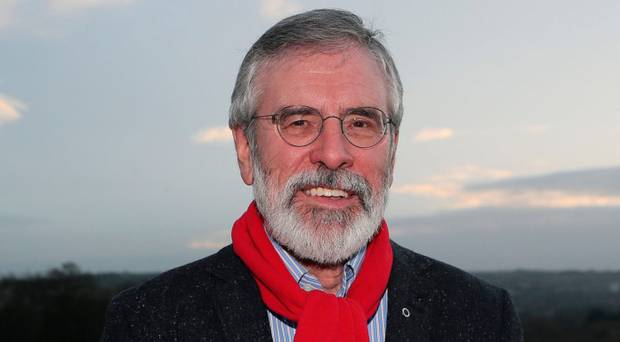 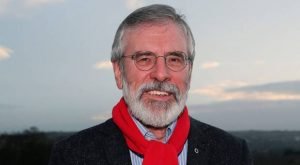 Referendums, as we know all too well since the battles in the UK over Brexit and in the Irish Republic over same-sex marriage and abortion, can be very divisive indeed.

There’s another one sneaking up over the horizon that could cause grief north and south.

When in 2013 a convention on the constitution voted by a large majority that Ireland should extend the right to vote to all its citizens, Sinn Fein licked its lips.

It was no wonder that Enda Kenny delayed holding a referendum on this, and even his impulsive successor Leo Varadkar hasn’t exactly rushed to bring it on.

So the presidential election that will happen in November if someone gets enough support to challenge incumbent Michael D Higgins will still be confined to those who either live in the Republic or have lived elsewhere for less than 18 months.

The reasons for avoiding change are obvious.

Apart from fear of being swamped by votes from outside the state, it’s estimated that the complexities necessary to extend voter registration and voting arrangements could cost up to €21 million.

There are 3.5m eligible voters in the Republic and a diaspora estimated at around 3.6m, of whom 1.87m live in Northern Ireland.

It’s no wonder that Sinn Fein has been pressing for this for years.

In his Andersonstown News column Gerry Adams claimed the credit for what was “the culmination of many years of hard work and lobbying by Sinn Fein and others, including civic society activists in the north”.

He also pointed out that he, Martin McGuinness and Mary Lou McDonald had been Sinn Fein’s three representatives to the constitutional convention where they pitched the view that Irish citizens in Northern Ireland not having the vote for the presidency was “an anomaly of partition”.

Ultimately, the Taoiseach could stall no longer, so in March he made this statement in the Dail: “Following through on a Citizens Assembly proposal, we will have a referendum next year on extending the right to vote in presidential elections to all Irish citizens, including those living in the North and across the world.

“We want to have a referendum on that at probably the same time as next year’s local and European elections.”

So, as things stand, this question will be put to Irish voters in May 2019.

Mr Adams has been rallying the troops in his newspaper column.

It is, he told his readers, “important that all of us who are for greater democracy, accountability, equality and inclusiveness on the island of Ireland” should now actively campaign.

“We have to plan to win, which will necessitate the widest possible public support and activism, which would need the creation of a broad-based campaign, representative of society, and rooted in every community within the 26 counties,” he explained.

Mr Adams is not thinking small: “Every organisation with any semblance of national identity, from the GAA and other sports bodies, to cultural, language, music, trade unions, farming, and community-based organisations, must be encouraged to campaign for the extension of the franchise in presidential elections.”

And for good measure he demanded “the positive participation of civic society and political and community activists from the north and from within the diaspora”.

Now, I wouldn’t want you to think that Mr Adams is not being inclusive.

“The political debate that will be generated by this referendum will also provide an opportunity to engage with our unionist neighbours about the future,” he said.

“We need to advocate the merits of a new dispensation in which they can vote for the President of Ireland and eventually for a successful referendum on Irish unity.”

For those who are not thrilled by this prospect, the consolation is that the Irish Government is in no rush, and reckons it will be 2025 before the diaspora will be eligible to vote. And it is also quite possible that, faced with a flood of those they privately call “Nordies” being bussed in their thousands to argue for extending the franchise to them, the inhabitants of the Republic might think twice about backing the idea.

One thing we can be sure of, however, is that there will be no lack of acrimony.