Unionists are debating the future – who is listening? 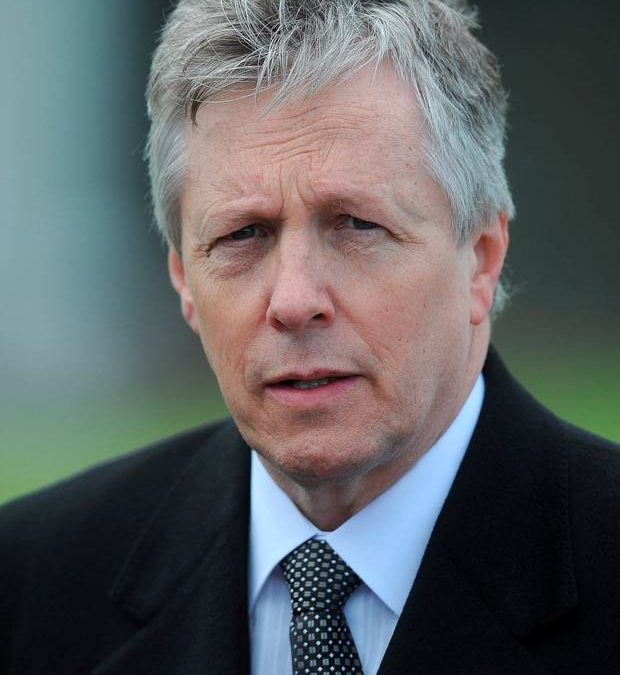 Foster and Robinson have made important speeches recently which we need to discuss, writes Ruth Dudley Edwards 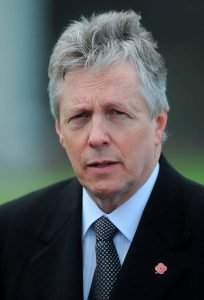 Frank: Former DUP leader Peter Robinson was denounced when he said it was prudent to plan for any outcome over the Border. Photo: Damien Eagers

I’ve been reading and hearing a lot recently about unionist attitudes to the possibility of losing a border poll on a united Ireland, and am reminded of a remark that always pops up in my memory when I’m thinking about this the island’s future.

It was made at a British- Irish conference after yet another speech from then SDLP leader John Hume referring to the “unionist siege mentality” as if it were some kind of baffling illness afflicting an entire community. “We’d get rid of our siege mentality,” said a unionist friend, “if they’d lift the f**king siege.”

Having been born in Dublin into the Catholic nationalist tribe, it’s been my good fortune to expand my horizons by getting to know a lot of fine Ulster Protestants very well. My attitude to constitutional change in Ireland hasn’t changed very much from where it was when I first began to think about it seriously, early in the Troubles. I want what is best for all the people of the island and I regard the attempts to bully unionists into a united Ireland through political violence as not just immoral, but completely counter-productive.

I don’t go in much for alternative, counter-factual or virtual history – otherwise known as “what if?” – but I’m pretty clear that had successive Irish governments made the effort to understand Northern Ireland, had not claimed to own it, had listened sympathetically to both unionists and nationalists and had formed friendships and commercial partnerships across the Border, there might well have been a new, agreed island reflecting both traditions decades ago.

But the malign rabble-rousing of Ian Paisley and the stupidity and brutality of the IRA scuppered all that. Republicanism behaved like a suitor from a violent family trying to force someone into marriage. Rape, beatings and the demonising of the putative bride was never going to be the way to get Ulster Protestants to the altar. And it hasn’t helped that, since the IRA was defeated, their apologists pretend the violence was the bride’s fault and that, anyway, she is ugly, poor and unwanted by her family, and that one of these days she’ll realised she’s gagging for it.

Which brings me to what unionists have been saying recently about a border poll, as they make an attempt to show they are thinking constructively about the future within the archipelago.

In May, DUP leader Arlene Foster gave a speech to Policy Exchange, a highly influential London think-tank. Describing the bloody attempt on her father’s life when she was a child, she said, like many thousands of people across Northern Ireland, “I was determined that no bullet or bomb would dampen our loyalty, our unionism or our Britishness”.

Significantly, she spoke of how strained could be the relationship between her people and the rest of the United Kingdom, as Northern Ireland unionists could be “hard to understand or relate to”, for they “felt little loved and saw dangers at every turn. Everyone seemed out to get them,” some in their home towns and villages and in the Irish Republic and Irish-America. More upsetting still were when multiple Westminster governments “acted against our interests and over our heads”.

Such frankness matters, and so did her constructive remarks about Brexit, with an emphasis on her opposition to a hard border, her pride in a British culture, heritage and identity to which Northern Ireland unionists contributed so much, and her enthusiasm for a post-Brexit world where the UK reasserts itself on the global stage. There was little media coverage, but Sinn Fein, predictably, found something to complain about – her belief that unionism stands for “pluralism and multi-culturalism” while nationalism is “by its nature narrow and exclusive”.

Did anyone report back to the Taoiseach and the Tanaiste that, when answering questions, she spoke about unionist worry about “the very, very aggressive nature of the Irish government”, which was a change from Enda Kenny’s and made many unionists wonder if it’s less about the EU and more about “trying to claim the fourth green field”?

In two recent thoughtful speeches (at Queen’s University and the McGill Summer School), Mrs Foster’s predecessor, Peter Robinson, also spoke frankly and constructively about his wish for fresh thinking to make devolution work and “instead of head-butting each other, we jointly put our shoulders to the wheel, committing ourselves to serve the whole community” to build a better future “without regard to identity, culture, religion or party politics”.

At McGill, in a speech recognised by some of those present as truly significant, he looked at what might be the negative impact of Brexit on east-west and north-south relationships, along with those within the UK and Northern Ireland.

His intelligently developed proposal was that Stormont be got up-and-running immediately, with “outstanding issues [being] resolved in parallel, under a strictly timetabled schedule”.

Because in answering a question about a border he said it was prudent to plan intelligently for any outcome, unionist opponents weighed in to denounce him, with Sammy Wilson – from what one might call the Ian Paisley Jr wing of the DUP – calling his remarks “disturbing” and “dangerous” and capitulating to nationalist forces.

Although Arlene Foster backed him, the media mostly reported the negative and ignored what had been a truly substantive speech that the two governments should be taking very seriously indeed.

So full marks to Tommie Gorman of RTE for writing a comprehensive blog about what he considered “the most memorable address” he’d ever heard from a leading unionist.”

For those of us who think listening preferable to shouting, here is the link: rte.ie/news/analysis-and- comment/2018/0803/982974 -dup-robinson-glenties/. To anyone who cares about the future of this island, it’s essential reading.