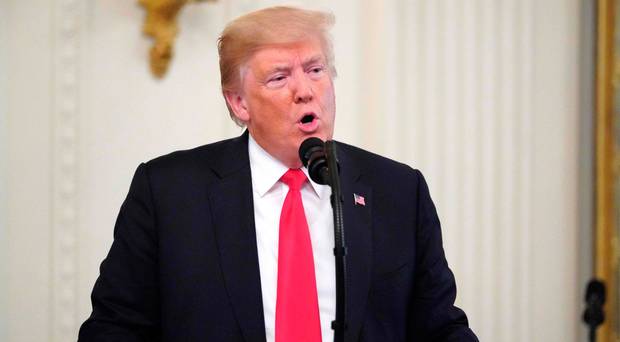 The timing of the presidential visit is bad for both the Irish government and Sinn Fein, writes Ruth Dudley Edwards 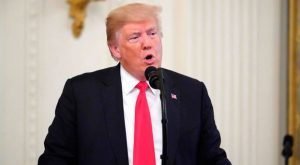 My fellow columnist Fionola Meredith produced here on Friday an admirable and entertaining evisceration of the sanctimonious virtue-signalling in Ireland over the proposed visit in November of Donald Trump.

It is, she said, “about showing everyone how wonderfully enlightened and morally pure you are”. And politicians, of course, are in the “race for maximum virtue”.

Leaders of this pack include those trying to have Trump banned from the country: Green leader Eamon Ryan, Labour leader Brendan Howlin, and Independent Alliance ministers John Halligan and Finian McGrath.

Messrs Halligan and McGrath, who got their jobs because their votes were crucial in March 2016 to Fine Gael forming a government, are fond of the limelight.

Last year, they earned some headlines for announcing their intention to visit North Korea to talk peace with Kim Jong-Un and urge him “to engage with democracy”, whatever that meant.

Mr Halligan used to be a member of the Marxist-Leninist Official IRA’s political wing, the Workers’ Party of Ireland, which for decades was financially and otherwise helped by North Korea, so perhaps he was feeling nostalgic for old times.

On that occasion he and Mr McGrath were pretty well laughed off the stage.

Now they’re announcing portentously that they will boycott President Trump’s visit and join the protests against him.

In a letter to the Irish Times, Oliver McGrane neatly summed this up.

“For crying out loud, Mr Halligan and Leo Varadkar are both members of the Government.

“The logic of the Waterford man’s stated intention is that the Taoiseach himself could feel free to join a demonstration or march in the course of the US President’s sojourn!

“You are either inside or outside the tent, Minister!”

Fine Gael can’t afford to lose the support of the Independent Alliance, but Charlie Flanagan, the Justice Minister, showed his irritation by declaring his belief in “the politics of engagement, rather than the politics of protest” and adding that he also rejected as outdated “the idea of boycott”.

Taoiseach Leo Varadkar was diplomatic. “The relationship between Ireland and the US is so strong and so important, much more important than any Irish government or any US administration. I think we have to treat his office with the respect it deserves.”

And Simon Coveney, the Foreign Affairs Minister, showed himself much more in touch with reality than he sometimes appears to be on his visits to Northern Ireland, as he spelled out the reality of why the Irish government would be welcoming President Trump.

Yes, it would inevitably be a “controversial” visit, for he would be followed by “an army of journalists and camera people”, but though he disagreed with Mr Trump on many issues it was “crazy” to suggest “we shouldn’t allow him to come to Ireland at all”.

What was more, there were 40 million US citizens claiming Irish descent and Irish leaders always got a great welcome in Washington.

And, of course, there’s Trump International resort and golf course in Doonbeg, which gives employment to around 300 locals, who are great fans of their employer.

This is all very tricky for the government, not least because it’s trying to win a seat on the UN Security Council.

It’s pretty tricky for Sinn Fein as well, because Mary Lou McDonald is shortly to launch the Sinn Fein candidate for the presidency as a fit and proper person to meet any heads of state who come their way, while showing herself statespersonlike enough to be in government, yet also while keeping her Trump-loathing activists happy.

Like Messrs Varadkar and Coveney, she must be cursing Trump for deciding to take up his open invitation to the Irish Republic.

Her solution is to outdo the Independent Alliance when it comes to having-cake-and-eating-it.

She will personally take part in any planned protests against the Trump visit, for Sinn Fein has “no truck with sexist, misogynistic or racist politics”, however she is not boycotting him because she would love to meet him in order to explain why he was wrong on a whole range of issues including Israel.

No one sanctimoniously signals virtue as shamelessly as the Shinners.