I say victim, you say perpetrator – a twisted version of facts

If Sinn Fein wins on the legacy proposals our government endorses, the law will become an accessory after the fact, writes Ruth Dudley Edwards 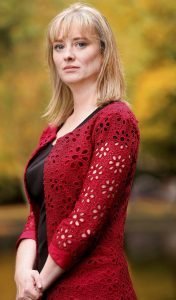 I’m rejoicing that the brave and dogged Mairia Cahill has been vindicated, that the PSNI Chief Constable has apologised “unequivocally for the hurt and distress” caused by policing failures and that Mary Lou McDonald is being put on the spot over what Mairia has rightly described as her “cowardly and woeful” weasel-worded apology that mandatory reporting of abuse procedures “were not in place at the time of Mairia Cahill’s disclosures” – with nothing said about the cover-up.

What will her masters in the Belfast Felons Club be telling Mary Lou to do about answering Mairia’s tough questions, bearing in mind that a grovelling apology for the conduct of the IRA might go down well down south but badly with the hardliners up north?

Not only will they be seeking to protect the likes of Gerry Adams and Padraic Wilson, but they will be utterly furious about the latest turn of events. At the heart of their rage will be that yet another person brought up in the Provo cult broke free, and despite being smeared, traduced, lied about and viciously abused on social media, refused to be intimidated and told unpalatable truths that have now been authenticated.

That’s not what victims are supposed to do in Provoland, where they are required to endure mistreatment unprotestingly for the sake of the cause (if it’s by republicans) but talk it up loudly and embellish it if it can plausibly be blamed on anyone on the approved list of enemies.

Republicans are trying to acquire a monopoly on the term victim. When the peace process started, the person in the street was under the impression that people blown up or shot by terrorists were victims and their killers were perpetrators. But the IRA leadership were keenly focused on changing that perception. “There must be no hierarchy of victims” was the slogan their troops were told to parrot, and by wearing down those in the British and Irish governments who were so desperate to get power-sharing going in Northern Ireland that they succumbed to moral relativism, they succeeded.

While David Trimble was unionism’s chief negotiator, that would never have happened, but as a result of the appeasement of the extremes, from the May 2005 general election the Rev Ian Paisley was now in the driving seat, and Peter Hain, the new Secretary of State, not a man known for his scruples about Tony Blair’s amoral agenda, was charged with restoring devolution, which had been suspended since 2002. Was Paisley asleep in October 2005 when the fatuously named government document ‘Reshape, Rebuild, Achieve’ defined a victim as “the surviving physically and psychologically injured of violent, conflict-related incidents and those close relatives or partners who care for them, along with the close relatives or partners who mourn their dead”?

That acknowledgement that perpetrators were on a par with genuine victims was enshrined in law the following year.

This reflected the fact that Sinn Fein had for some time been bullying the two governments into skewing the justice system so as to favour terrorists and crack down on the security forces. There were the early prisoner releases, the secret On the Runs scheme, the £200m Bloody Sunday inquiry, and much more. And because the state had records and paramilitaries didn’t, members of the security forces involved in killing were disproportionately vulnerable, which is why you find soldiers and police being pursued after decades while paramilitaries go uninvestigated.

Then as part of their shameless rewriting of history to create a compelling narrative (“We were the most oppressed people ever”, “We led the Civil Rights movement”, “the IRA never targeted civilians”) Sinn Fein concocted the collusion libel as part of their campaign to demonise those the IRA had persecuted. Yet in fact the RUC put proportionately more loyalist than republican paramilitaries in jail and that had there really been any more than very occasional collusion by the occasional dodgy operative, the republican leadership would have been wiped out. How many people remember, for instance, that paramilitaries were responsible for murdering around 300 police but police killed only 50 and most of those in self-defence? When you think of it, their restraint was astounding.

Statistically, republicans were responsible for 60pc of the killings in the Troubles, loyalists for 30pc and the state 10pc, but the paramilitaries set out to murder while all but a tiny number of the security forces legally killed in self-defence or in defence of others. Yet, with the help of weak ministers, a dozy DUP, left-wing politicians and journalists, useful idiots in the human rights industry, armies of lawyers and bucket-loads of legal aid, and a relentless campaign by the Sinn Fein cult, a skewed justice system is going relentlessly after anyone from the security forces against whom a case could be made.

Now there is the scandal that is the Northern Ireland Office’s consultative document, ‘Addressing the Legacy of Northern Ireland Past’. In a riveting series of articles in the Belfast News Letter, distinguished academics, lawyers, journalists, ex-army and police have scrutinised what is a complete capitulation to the Sinn Fein agenda, but has, of course, lazily been hailed enthusiastically by the Irish Government. Minister Charlie Flanagan, you’re better than that. Read these articles and think of the implications for Ireland if Sinn Fein is indulged like this.

“We’re on the verge of fostering a pro-terrorist, anti-state view of the Troubles,” writes Dr Cillian McGrattan of the University of Ulster. Emeritus Professor Arthur Aughey fears that what will emerge from this “gothic folly of labyrinthine legalism… built on the narrowest of ethical foundations… is an official sanctioning of the Black Taxi Tour version of Northern Ireland’s past”.

Noting that the law will permit no naming of those the proposed Historical Investigations Unit think are probably guilty of crimes, yet will be free to name police accused of “misconduct” during an investigation even if it’s poor note-taking, the solicitor Neil Faris fears a trap is being set for victims.

And Kenny Donaldson of the victims’ group SEFF (the South East Fermanagh Foundation), which is open to all victims, and has members in the Republic and further afield, says: “Anyone who would claim that the current remit will provide balance, proportionality and equity is deluded”.

Very late in the day, the DUP has woken up and is calling – among other things – for the account of the period to be developed with historians, and for a redefinition of what a victim is.

I’d guess the army council is consulting lawyers to see if Mairia can be prosecuted for causing trauma to her IRA alleged rapist by bringing his name into the public domain. She’ll be lucky if it isn’t classed as a hate crime.