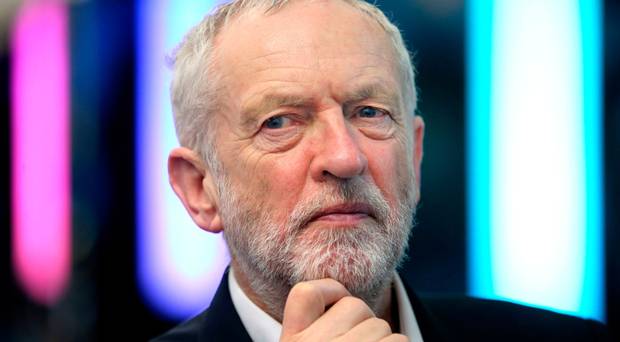 Jeremy Corbyn is trying but failing to wriggle his way out of accusations of anti-semitism, writes Ruth Dudley Edwards 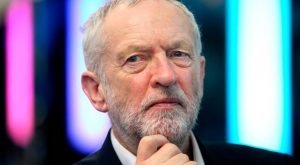 I was having a look at Irish historical figures’ attitudes to Jews, for anti-semitism in these islands is much on my mind, when to my disappointment, Daniel O’Connell popped up saying something nasty in the 1830s. O’Connell is one of Irish nationalism’s good guys, having secured by constitutional means the lifting of restrictions on Roman Catholics in 1829.

All his life he was a proper democrat.

Famously, while campaigning for the repeal of the Act of Union, he said that “no political change whatsoever is worth the shedding of a single drop of human blood”.

He was also a notorious fighter against all injustice, including restrictions on Jews.

So I was a bit rattled to see that he had accused the young Benjamin Disraeli, later Prime Minister, but then not even an MP, of being the worst kind of Jew, but then I checked the quote and relaxed.

O’Connell believed mistakenly that Disraeli had slandered him, and in my book what he said was okay for this time of vicious political invective.

He wasn’t, he said, using the word Jew as a term of reproach, for “there are many most respectable Jews. But there are, as in every other people, some of the lowest and most disgusting grade of moral turpitude; and of those I look upon Mr Disraeli as the worst”.

Dizzy’s response in a letter to The Times: “Yes, I am a Jew, and when the ancestors of the right honourable gentleman were brutal savages in an unknown island, mine were priests in the temple of Solomon.”

Game, set and match to Dizzy, but no one who knew anything about him could have thought O’Connell an anti-semite.

It’s otherwise with Jeremy Corbyn. There are no excuses for his views on Israel and those who think it entitled to exist, which is the definition of a Zionist, a word he uses as a term of abuse.

For the record, like many gentiles, I’m a Zionist.

Last week produced a bombshell interview with Jonathan Sacks, the UK’s Chief Rabbi from 1991 to 2013, a man admired by thinking people for his intellect, tolerance, humour and calm and rational style of argument.

What seems to have made him flip was yet another shocking clip from Mr Corbyn’s past, in which he said this of a group of English Zionists who had taken exception to a Palestinian’s speech.

“One is that they don’t want to study history, and secondly, having lived in this country for a very long time, probably all their lives, don’t understand English irony either… So I think they needed two lessons, which we can perhaps help them with.”

This of course shows Mr Corbyn’s ignorance, for Jews are masters of irony and are obsessed with history.

“He implies”, said Lord Sacks, “that, however long they have lived here, Jews are not fully British”, which is “the language of classic prewar European antisemitism”.

His response “when challenged with such facts, the evidence for which is before our eyes, first he denies, then he equivocates, then he obfuscates.”

Lord Sacks says that his approach is “low” and “dangerous” and adds: “He has legitimised the public expression of hate, and where he leads, others will follow.”

In the same week, Sinn Fein have repeated their call for the Irish government to boycott the 2019 Eurovision Song Contest because it will be in Israel. Last year, under pressure, Mr Corbyn said that while he was in favour of boycotting products from illegal settlements, he was not in favour of a blanket boycott of Israel products as backed by BDS, the Boycott, Divestment and Sanctions movement.

But on the internet, there is footage from the West Belfast Festival explicitly, like Sinn Fein, backing it.

In the Lord Sacks interview, he said Mr Corbyn “had given support to racists, terrorists and dealers of hate who want to kill Jews and remove Israel from the map”.

As we know in Northern Ireland, he also supports those who murdered their neighbours in pursuit of a united Ireland.

Is it any wonder that Mr Corbyn and Gerry Adams are such chums?