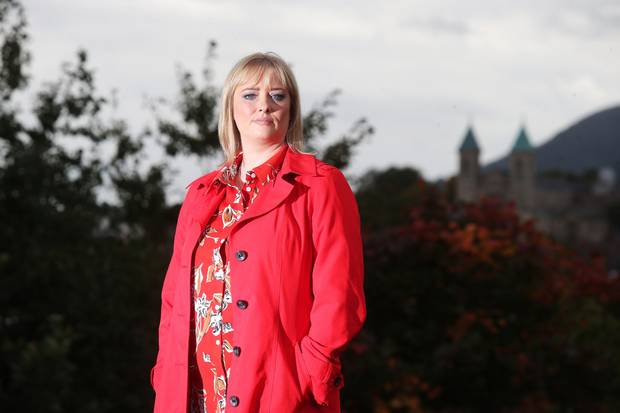 Sinn Fein doesn’t know what to do about Mairia Cahill, who has been proved to have been telling the truth and refuses to go away, writes Ruth Dudley Edwards 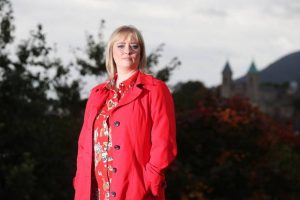 The late Siobhan O’Hanlon, for many years Gerry Adams’s personal assistant, had the robust attitude to dealing with child abuse that you’d expect of a convicted terrorist who on release was part of a conspiracy to set off a car bomb in Gibraltar. Faced in 1998 with a weeping 16-year-old cousin telling her of repeated rapes and various revolting assaults by an uncle in whose house she was staying at his and her aunt’s invitation, she said: “Drink a couple of Rumple Minze and go tell him to stop doing it.”

For those not in the know, O’Hanlon was referring to a strong peppermint schnapps popular then with the Belfast young. It was typical of Mairia Cahill that when she told me that story the other day it bugged her that she couldn’t remember the name of the liqueur, but having thought hard she was able to name it the next time we spoke. It’s one of her great strengths that she has the mind and approach to evidence of a first-rate lawyer. Every detail has to be correct.

O’Hanlon was not unsympathetic. She housed Mairia for a while and in 2000 enquired solicitously if she’d like Martin Morris shot. This being post the Good Friday Agreement and the IRA reluctantly discouraging murders because they might do PR damage to their frontmen, O’Hanlon wouldn’t have wished to have him killed. No, it was more that they’d give him a taste of the medicine he was using on recalcitrant members of the West Belfast republican community.

Mr Morris was an enthusiastic wielder of the baseball bat as an enforcer of what was euphemistically known as “community restorative justice”: in Provoland these schemes were dominated by the IRA and involved torturing and mutilating those whom they felt had crossed the line. The Sinn Fein house journal, An Phoblacht, published a profile outlining Morris’s role in CRJ and encouraging victims of assaults and domestic violence to go to his office.

This was in 2000, two months after the first IRA investigation and two months before the second, so it helped keep her quiet. Sinn Fein then responded to long-standing allegations of depraved behaviour by Morris – from Mairia and other child victims – and suspended him.

Or did they? Ms McDonald tells us that she is “advised there is no evidence or record of him being a member of Sinn Fein”.

“Of course,” she went on in that peculiarly irritating tone of voice she employs in these situations, as a former prisoner, “he was a person who was very active on the ground so I can’t discount that he may have been a member. Our record keeping was not as it is now 20 years ago and there is no record of any suspension of him.” (I haven’t noticed Ms McDonald showing much understanding when the British government has had to admit deficiencies in their archives, or when members of the RUC, who were trying to cope with murder and mayhem, were condemned decades later for having been deficient in note-taking.)

She then quite bewilderingly added that Sinn Fein does not keep any records of members who may be involved in criminality, because “it would not be appropriate”. I think she meant it could be potentially embarrassing.

At the time of writing, Ms McDonald is sticking to her guns – if she’ll forgive the expression – by confining her apology to Sinn Fein’s lack of adequate procedures for dealing with paedophiles back in the day. And this despite The Irish Times uncharacteristically lining up in an editorial behind Mairia. What Ms MacDonald had “failed to mention”, they said, “was that the Republican movement did have a procedure to deal with such disclosures but it was a kangaroo court which operated outside the law”. Michelle O’Neill, Ms McDonald’s deputy and leader of Sinn Fein in Northern Ireland, lacks Ms McDonald’s capacity to bully interviewers so went into mawkish mode when asked on BBC Ulster if she believed Mairia.

Now this is a tricky one. Ms McDonald had welcomed those parts of the ombudsman’s report that condemned failures by the police and the prosecution service that had led to the collapse of the case against Mr Morris (who denied the allegations and was acquitted when his trial collapsed in 2014) and others while remaining silent about his revelations about the IRA.

It is grimly amusing to remember how she and her party savaged the Catholic Church back in 2009 and called on society to “pursue the perpetrators and those who failed or purposely refused to carry out their duties to protect children and to investigate and prosecute criminals”.

“I believe that she has been traumatised.”

Maybe I have a suspicious mind, but I think Mrs O’Neill was – wittingly or unwittingly – giving encouragement to many Mairia-haters who like to dismiss her as deranged when they’re not accusing her of being a liar, a fantasist, an enemy agent and anything else that floats into their sick minds.

Her words must certainly have pleased a particularly unpleasant Sinn Fein fellow-travelling blogger called Jude Collins who had rushed to the defence of Ms McDonald. “The IT clearly accepts that the events of which Mairia Cahill complains were exactly as Mairia Cahill claims they were – even though, to the best of my knowledge, no court has scrutinised the evidence and come up with a verdict. The IT may be right to support Mairia and condemn anyone who doesn’t give the kind of apology Mairia and it demand. But it is also a fact that a considerable number of people in West Belfast, when the subject is raised, tell a different Mairia story.”

This is a harking back to a much circulated libel that the under-age Mairia was having an affair with Morris. “You do get the feeling that Mairia is intent on letting the world and Republicans know that she hasn’t gone away,” said Mr Collins. He’s right there.

Siobhan O’Hanlon underestimated Mairia Cahill. She didn’t, and hasn’t, gone away, you know.