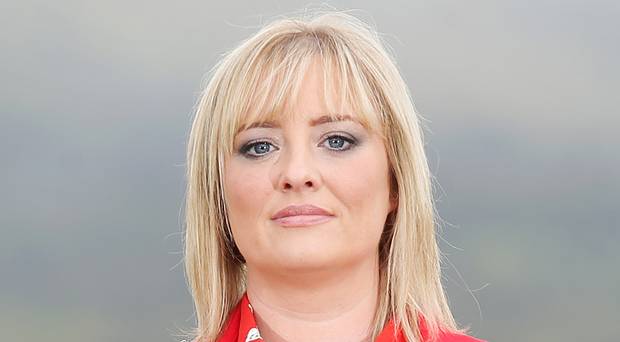 SF got off lightly after its pathetic response to Ombudsman’s report on abuse probe, writes Ruth Dudley Edwards 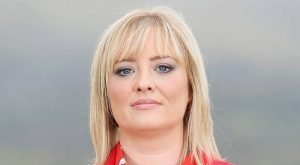 There was plenty of bile on Twitter the day after the Spotlight interview with Mairia Cahill  about the Police Ombudsman’s report that validated her account of how — as a victim of rape and revolting abuse by an IRA uncle-by-marriage — she had been failed by the criminal justice system and the republican community into which she had been born.

Fortunately there are also open-minded and well-informed people of goodwill and diverse opinions who find Twitter invaluable for many reasons, including finding things out.

“Why are the Left and women’s organisations so quiet about the rape and subsequent mistreatment of Mairia Cahill?” tweeted Eamonn McCann of People Before Profit. “I find this genuinely puzzling.”

Ms Cahill responded immediately.  “Because they are afraid of their funding stream being cut if SF get into power,”  she wrote.

“Or because a child abuse victim isn’t validated if she speaks out against  something which their own politics allows them to turn a blind eye to.”

She exempted the Dublin Rape Crisis Centre and Foyle Women’s Aid from her strictures, for Ms Cahill  does not make accusations lightly, which is why she has in her corner people who are naturally sceptical.

The analysist and commentor Robin Wilson came in straightaway with a telling assessment, tweeting that “what Adams and Co slyly achieved was a gradual normalisation of their patriarchal, Stalinist apparatus” to the extent of putting forward women to front the organisation.  “Too many turned blind eyes out of naive belief this was ‘progress’ to support,” he added.

Then came a fascinating contribution from Mick Fealty, the founder and driving force of Slugger O’Toole, which since 2002 has provided a platform for civilised discussion of major political topics in Ireland and Britain, including, at various times, the Mairia Cahill revelations.

Like many, he had obviously been less than impressed by the response to the report of Mary Lou McDonald.

She apologised not for the IRA interrogation and bullying of Ms Cahill, but for the absence in the past of a proper complaints procedure, and wouldn’t say if the alleged abuser Martin Morris — who denies the allegations and was cleared by a court — had been a Sinn Fein member, because of inadequate party record-keeping.

“Towards the end, this former SF Dublin City councillor turns up to stand beside her.”

And he attached an article from last April about the jailing of former Sinn Fein Dublin councillor Jonathan Dowdall and his father for torturing someone.

Ms McDonald had used the good old Sinn Fein tools of silence and denial to attempt to remove from history any memory of her association with Dowdall junior.

Her deputy Michelle O’Neill is not in Ms McDonald’s class when it comes to obfuscation, so when pressed by Mark Davenport to comment on the Cahill revelations she said: “It’s not for me to say that I believe her.”

We have to assume that that decision will have to be taken by the IRA Army Council that may be directing Sinn Fein strategy from the Felons Club. In the Republic, while the Sunday Independent has been right behind Ms Cahill, it’s  telling that though the Irish Times had a tough editorial condemning Ms McDonald’s failure to judge republican child abuse as harshly as she did that in the Catholic Church, there has been no coverage of the story since.

Is it simply that they can’t bear to criticise the Irish Republic’s only female party leader and are dazzled by the Sinn Fein production line of shiny-haired, articulate Stepford women who faithfully parrot the party line?

Micheal Martin and Brendan Howlin, leaders of Fianna Fail and Labour, have been supportive, but though so too was Enda Kenny when he was Taoiseach.

There has been silence from Leo Varadkar, who seems to be having a prolonged flirtation with Sinn Fein.

Robin Wilson is probably right in attributing to naivete some of the failures of MeToo enthusiasts to back Ms Cahill.

With that progressive Mr Varadkar, sadly, it looks like cold calculation.