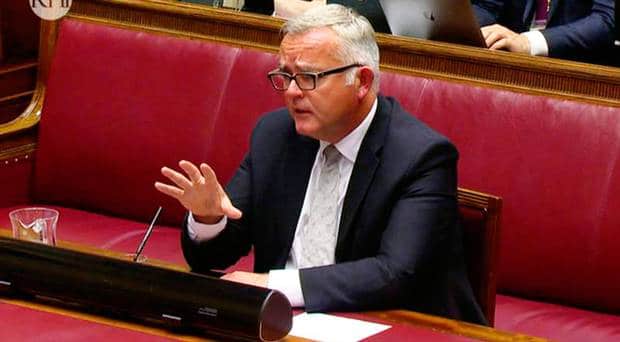 Revelations from inquiry show us DUP is not only party with egg on its face over scandal, says Ruth Dudley Edwards 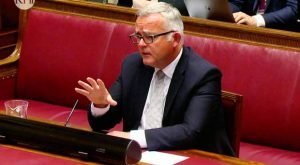 It was some time in 2016 that a farmer friend from west of the Bann urged me to take an interest in RHI (Renewable Heat Incentive), which he said had been deplorably exploited by DUP supporters in Fermanagh.

I was unenthusiastic initially simply because it all sounded baffling and complicated, but he talked to me about it often, so I began to grasp it.

The most frequently mentioned among the politicians and Spads (special advisers) whom he denounced was Andrew Crawford, whose relatives’ enthusiasm for wood pellet boilers was widely discussed in his locality.

Then it became known as the ‘cash for ash’ scandal, Stephen Nolan got his teeth into it, the dying Martin McGuinness resigned, and I began to follow it closely.

My friend is a man of great integrity, a unionist, and, like me, he thinks that rather than hating the other tribe we should seek to understand it, while looking critically for the mote in the eye of our own.

So as he railed against the DUP, I asked where Sinn Fein was in all this.

It appeared to have clean hands, he said, at which I snorted incredulously.

After a bit of digging, it seemed there were some boilers in Armagh, but nothing like the scale of Fermanagh.

I didn’t, though, for one moment buy the notion that it hadn’t known plenty about what was going on with RHI, and that it was a trumped-up excuse to bring down the Executive.

It was obvious that it couldn’t keep the restive hardliners on board without McGuinness to manage them.

Fast-forward to the extraordinary revelations at the RHI Inquiry we’ve been hearing and reading about these last few weeks.

And there, at last, was the evidence.

It was February 9, 2016, almost a year before his resignation, that Mr McGuinness discussed with Arlene Foster when to close a scheme that had clearly become indefensible, and charged his Spad Aidan McAteer “to progress this”.

According to Timothy Cairns, Economy Minister Jonathan Bell’s then-Spad, Mrs Foster told him later that day to keep the scheme open longer because that was what Mr McGuinness wanted.

At Mr McAteer’s request, Mr Cairns then arranged a meeting between Newry and Armagh MLA Conor Murphy and Mr Bell, which, according to a later email from finance committee member Mairtin O Muilleoir, was “to press him not to go ahead” with closing it on the 15th.

In a text to Timothy Johnston, Mrs Foster’s Spad, Mr McAteer wrote: “We should keep any discussion of a soft landing for renewable heating scheme out of the Executive.”

Mr Murphy did his best and reported to Mr O Muilleoir that “having secured an additional two weeks we will probably not get anything further and may be obliged to support it in the Assembly”.

So Sinn Fein was colluding — to use one of its favourite words when smearing the security forces — in what it later denounced, but apparently nobody told Mr McGuinness’s successor Michelle O’Neill, who in January 2017 said her party “shut it down straight away” when the problems became clear.

When I reported this to my farmer friend he graciously conceded that I’d always said that Sinn Fein would be in there somewhere.

I look forward to learning more about the popularity of RHI in Armagh.

In the meantime, I just want to thank Jonathan Bell and Timothy Cairns for adding entertainment to what could have been a very dull inquiry.

I reported to a southern Irish friend that Mr Bell, an extremely pious born-again Christian, became so drunk in New York that he was thrown out of a bar for falling asleep and was loudly singing a song as he was helped back to his hotel.

“We should lodge a complaint that he’s guilty of cultural appropriation.”