Too early to say if Pope’s visit to Ireland will alter anything, such is fury at Church failings 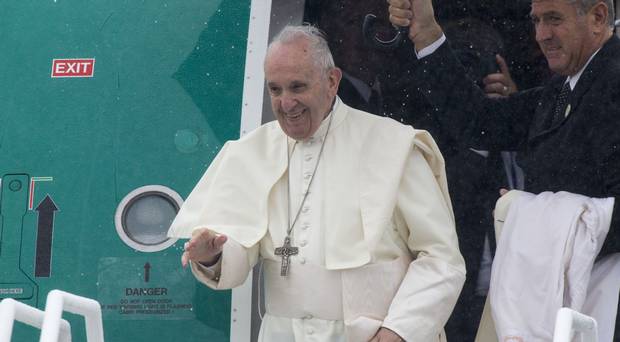 I have sympathy for a man buffeted by forces inside and outside the Vatican, writes Ruth Dudley Edwards 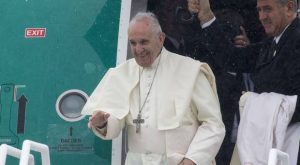 It’s a dreadful job being Pope these days, as the world learns more of the terrible secrets the Vatican and Roman Catholic clergy hid to protect an institution that was rotten at its core. Pope Francis landed in Ireland knowing the fury that had been unleashed over child abuse and the disaffection evident in the votes for same-sex marriage and abortion.

Worse, he arrived a few days after revelations about horrifying and widespread criminal acts by US clergy that had been concealed by every level of the hierarchy.

Having resigned as Archbishop of Buenos Aires when he reached the obligatory retirement age of 75 in 2011, the humble, likeable Jorge Mario Bergoglio two years later was elected head of a Church of more than a billion baptised followers in the hope that he would give it a human face and sort out the reactionary, corrupt and secretive bureaucracy that is the Roman curia.

By saying publicly that he did not share the Vatican-centric view of the world, and conspicuously keeping his distance by living in a small guesthouse rather than the grand papal apartments, he made enemies of the most powerful people in the institution.

Many of those “introverts” are attracted to the Church as a refuge from the world and prize above all tradition and continuity of teaching at all costs.

The “extroverts” want the Church to react to what is going on: in Francis’s case this took him to opposing capitalism and global markets, which he holds largely responsible for ills, including the flow of desperate migrants.

But the battleground is sexual morality. Francis is no liberal, but while the introverts cry “no surrender”, he believes it necessary to accept that Catholics use contraception, divorce and show pastoral compassion.

He has not lacked courage, accusing the curia in his 2015 Christmas address of “spiritual Alzheimer’s” and empty materialism, but he is hated, reviled and rather tired, and his enemies are full of rage and purpose and plots for his destruction.

In his welcome speech, the Taoiseach did well. His criticism of the terrible misuse of power by the Irish Roman Catholic Church was calm, rational and proportionate, and given validity by his frank admission that the state and society also bore a heavy responsibility for many abuses, cruelty, the protection of perpetrators and the stifling of dissent. 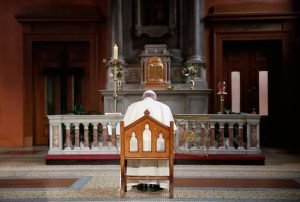 The angriest critics from the Catholic tradition are split between those demanding that Pope Francis instantly make changes in the Church that he has not the power to do and those who think he’s a dangerous left-wing wrecker, so he was on a very sticky wicket.

It’s far too early to say if his visit changes anything.

It certainly didn’t show up Sinn Fein or the DUP in a good light.

Sinn Fein was at its most repellent and hypocritical.

Martina Anderson MEP – who went to jail for plotting to put bombs on beaches where families with small children would have been the main casualties – attacked the Pope over cover-ups of child abuse that were exactly mirrored by the IRA’s protection of rapists.

The DUP bigots made it impossible for a divided party to behave with civility and send someone to greet the leader of a Christian Church.

As others have pointed out, traditional Protestants should grasp that their best hope of resisting the growing tide of secular intolerance is to make common cause with fellow traditionalists in the Roman Catholic Church.

But that would require both lots of introverts to take account of the real world.