Blame adults, not the young, for those tiresome snowflakes 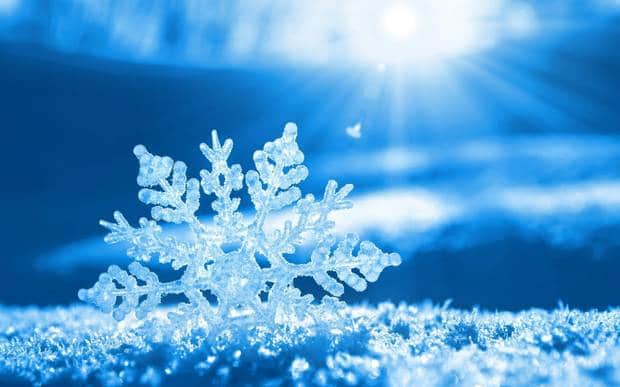 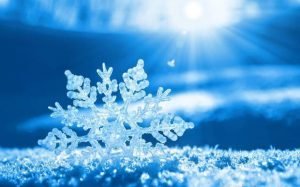 ‘While I find the snowflakes ineffably tiresome, I want to put in a good word for the young in general’

I’m struggling with my latest satirical crime novel, Death of a Snowflake, which is set on a campus dominated by virtue-signalling, no-platforming, trigger warnings, safe spaces, trauma councillors, animal therapists and hysterical accusations against anyone transgressing against fashionable orthodoxies. When events seem to be beyond satire, times are tough for satirists.

I spent last Friday evening with the novelist and commentator Lionel Shriver, who has been a friend for about three decades, inter alia comparing notes on being hated. We’re both natural heretics who share an automatic suspicion of anything that smacks of groupthink, and tend to – as she put it neatly once in an interview – “have sympathy with people who don’t get any sympathy”. In my case, this caused me in the 1990s to become a prominent hate figure for Irish nationalists at a time of violent clashes over parade routes that I knew had been cynically set up by the IRA Army Council. Rather than joining in the cacophony of abuse against the Orange Order, which was being demonised brilliantly by Sinn Fein propagandists, I took the trouble to get to know many of its members, most of whom were as decent and likeable as they were utterly useless at public relations.

I was lucky that at this period – when I first became a target for Republican venom – social media had not yet appeared over the horizon, so mostly people had to be insulting in person, in phone-ins, in print or in letters. These days, I’m utterly battle-hardened, so the random abuse on Twitter just amuses me and I retweet it. (Today’s favourite is a tweet from one Gearoid O’Dubhedir. Having acquired only 14 followers, he is clearly an unsuccessful keyboard warrior, but he has some talent. “Thought you had ‘demised'”, he wrote. “Obviously not. Probably explains the random howling noises across Ulster on full moons.”)

Lionel has got used to notoriety since the publication in 2003 of her bestselling novel We Need to Talk About Kevin. But becoming a hate figure is a more recent experience, and began with her ridiculing at an Australian literary event the whole concept of cultural appropriation. For the innocents among you, this is used by the stupid and insane to denounce anyone who writes about anything other than their own experiences, and Lionel doesn’t take kindly to the notion that she should confine herself to writing about white, female, middle-class American heterosexuals. Latterly she’s been making waves defending free speech and condemning the excesses of the #MeToo movement. Recently her name came up at a lunch with friends and a pleasant 21-year-old said she was a dreadful bigot and an awful writer that no one should read. It emerged that he had acquired that opinion from tweets complaining about one of her articles, had never read anything she had written including the offending article and on principle would never do so.

One of the phobias that Lionel and I actually do suffer from is our attitude to those who appear determined to push women back into the Victorian era. Here’s a paragraph from her most recent article, dealing with the controversy over Christine Blasey Ford’s testimony against Judge Kavanaugh, which she found “overwhelmingly underwhelming” and made her “a lousy role model”. I agreed with every word, but then no more than Lionel do I think that being a white man makes you intrinsically a bad person.

“That awful expression ‘rape culture’ puts penetration at knifepoint and unwanted knee-touching under the same indiscriminate umbrella. Such zero-tolerance levelling is not in women’s long-term interest. It portrays us as hypersensitive if not hysterical, dangerous to consort with and lacking in common sense. Democrats’ pumping up of Ford’s moderately unpleasant story into a tear-inducing tragedy reinforces the worst of stereotypes: that we women are little birds so terrifyingly delicate that a mere brush against adversity leaves us broken-winged for life. I ain’t no little bird.”

However, while I find the snowflakes ineffably tiresome, I want to put in a good word for the young in general. Many have been the victims of overprotective parents, left-leaning teachers who pushed identity politics as the new religion, pusillanimous academics, spineless university administrators who cave in to militant activists and social media witch and warlock hunts.

I am fortunate enough to have friends and acquaintances in their 20s who prize old-fashioned virtues like resilience and independence of mind. There are many sixth formers who enjoy taking part in Debating Matters, a UK-wide contest run by the Academy of Ideas, founded to encourage unfettered debate on controversial issues.

I’ve been a judge on a few occasions and enjoy the way sixth formers and teachers are told that the academy’s only intolerance is of those seeking to be offended by the opinions or the language of others.

Last weekend, the academy ran its annual Battle of Ideas, where Lionel was discussing sexual politics and I was defending those who voted to leave the EU.

There were more than 3,500 participating over two days and the audiences were engaged and articulate, and contained many young faces. Then there is the phenomenon of the huge international following online and in person for Canadian Professor Jordan Peterson, who champions free thinking and personal responsibility, and has become a hero for young people – especially male – longing for intelligent, challenging conversation. With American controversialist Sam Harris, and the UK’s Douglas Murray, who stands up to Islamists and their apologists, he recently packed out The Point.

In Belfast, where last week I was a participant in Ulster TV’s Top Table – where young people are challenged to defend their political opinions – tribalism gets in the way, but many are fed up with ancient quarrels.

There are vast numbers of the young chafing against the stupidity and bigotry of those who want to keep them in an intellectual prison, and it’s our job to encourage them.

My contribution now is to return to my book and kill another snowflake.