If a defendant is innocent until proven guilty, then Brett Kavanaugh is innocent 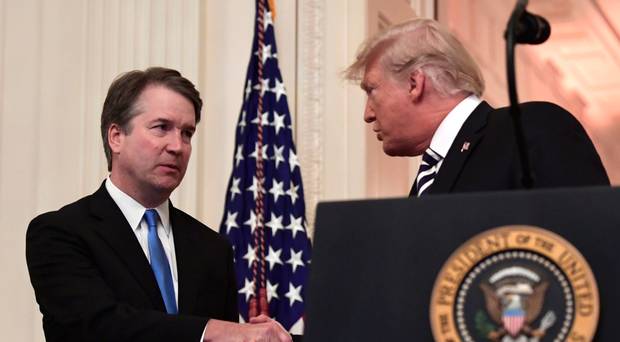 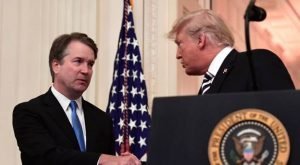 After all the hysteria over the appointment of Brett Kavanaugh to the US Supreme Court, just a few thoughts. I follow American politics pretty closely but it wasn’t until recently that I realised that the nine-judge Supreme Court was almost entirely composed of Catholics and Jews.

The exception is Neil Gorsuch, President Trump’s previous appointee, who attends a liberal Episcopalian church but was raised a Catholic.

On the Supreme Court there now isn’t a single WASP (White Anglo-Saxon Protestant) – the elite that dominated American law, politics and society until the mid-20th century.

Catholics make up only 20% of the US population, yet I’ve seen no agitation and few complaints from WASPs and can’t help reflecting that if there were no Catholics on the Supreme Court, protesters would be creating merry hell over it.

In an article in America, a Jesuit magazine, considering why Catholics dominate the Supreme Court, there were quotes from Richard Doerflinger of the Catholic University of Notre Dame about the long American tradition of Catholics entering the legal profession – where they are disproportionately represented – and of the support given them for seats in the Supreme Court by “other devout Christians” with influence in Republican administrations.

His colleague Professor Richard Garnett agrees, saying that: “Protestants in America for whom their faith is important… can look to the court and say: ‘Well, we do see representation on the court of people like us – people who take their religious faith and religious traditions seriously’.”

The real division in the US, he said presciently in 2010, is not between Catholics and Protestants, but is “more the kind of religious versus secular divide”.

As I frequently point out to my devout and traditionalist Protestant as well as Catholic friends on both sides of the Irish border, they should recognise each other as natural allies.

So with the row over the Supreme Court having nothing do with religion and everything to do with liberals being driven nuts by the prospect of conservatives replacing liberals as a majority, it’s been striking to see the split in nationalist Irish-American opinion.

Within Irish America the split is evident in the website IrishCentral, owned by Niall O’Dowd, the proprietor of New York’s Irish Voice newspaper and Irish America magazine – one of the deep green nationalists who has followed fashion to become a liberal on all social issues.

In July, on Kavanaugh’s nomination, O’Dowd’s newspaper rejoiced in the Catholic triumph in the Supreme Court and complained about questions about Kavanaugh’s loyalty to the Constitution rather than canon law, but by the end of September, after the accusations against Kavanaugh began, the split was becoming evident.

The furore over the testimony of Christine Blasey Ford rapidly sorted the religious from the secular and the Republicans from the Democrats.

A poll of IrishCentral readers asked “Should Brett Kavanaugh be confirmed as a Supreme Court judge?” To which two-thirds said yes.

A few days later an unhappy O’Dowd wrote a ridiculous article on his website about Kavanaugh’s high school yearbook and its revelations about what O’Dowd said piously was “crazy behaviour”.

That’s pretty rich coming from a hero worshipper of Ted Kennedy, one of the very hardest of the hard-drinking Kennedys, and a man who, like Bill Clinton, another of O’Dowd’s heroes, treated women atrociously.

But Kavanaugh is a conservative and Republican, so to O’Dowd and his ilk the unsubstantiated accusations must be believed implicitly.

It made me smile that in the next poll of IrishCentral readers, asking “Are Democrats hypocritical in their criticism of sexism and misogyny among Republicans?”, that 52% said yes.

I think probably Professor Ford had an unpleasant but not very significant experience at a party when she was young that she is making a ludicrous fuss about, but there is absolutely no evidence that Kavanaugh was involved.

I’m with the IrishCentral voter who said: “I voted yes because it has gotten to a point in this country that anyone without any proof whatsoever can accuse a white male of anything they can think of and condemn him for all eternity.”

The American criminal justice system has at its core the belief that a defendant is innocent until proven guilty.

That should extend even to judges.