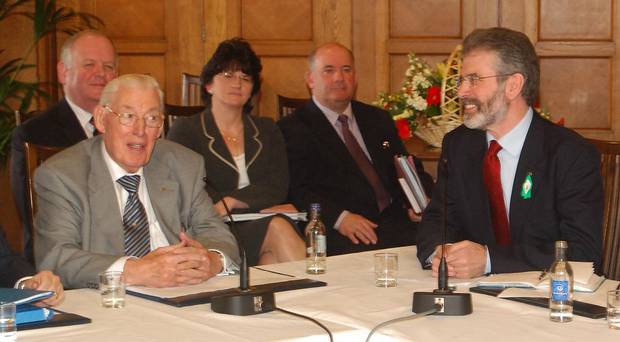 Demise of NI Memorial Fund due to its exclusion of perpetrators a sad indictment, writes Ruth Dudley Edwards 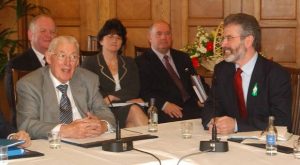 An extraordinary succession of newspaper articles reveal starkly how in this century successive governments – British and Irish – sacrificed morality for pragmatism when it came to settling issues that remained after the killing stopped.

It was the pursuit of a quiet life at all costs that had the Blair regime sacrifice moderate nationalism and unionism, the well-being of innocent Troubles victims and the reputation of courageous and effective security forces to get Ian Paisley and Gerry Adams to do a deal that gave both what they wanted: tribal dominance.

Being top unionist dog was enough for Paisley, who seems to have been blithely unaware or unbothered that Sinn Fein was playing a much longer game that involved subverting truth to present a perverted and shameless narrative of the past.

Initially it sought moral equivalence for the IRA and the police and soldiers who saved Northern Ireland from dissolving into civil war.

That particular pass was sold on Paisley’s watch as the definition of victim became no longer restricted to those killed or injured by criminal acts or accident.

Killers were on their way to securing from the State parity of esteem with those they murdered or injured.

In her article last week Daphne Trimble told the story of the Northern Ireland Memorial Fund (NIMF), an independent charity set up in 1997 with £1 million from the Government “to promote peace and reconciliation” by giving practical help and support to “those individuals and families that have suffered as a result of the Troubles in Northern Ireland”.

In December 1998, in Oslo for the award of the Nobel Peace Prize to John Hume and her husband David Trimble, she and Pat Hume decided jointly to offer their help and joined the board with the “underlying aim to assist in healing the wounds of our deeply divided society, by focusing on the needs of those most closely touched by the Troubles, the injured and their carers, and the bereaved”.

Using the strapline ‘Peace, Reconciliation, Support’, the NIMF, whose board members were unpaid, over several hard-working years channelled £20m to ordinary people for vital equipment like better prosthetics and mobility aids, support services like respite care, pain management and counselling, and help with education and training of the young.

The reconciliation work included bringing together the bereaved from both sides of the community.

“Did we define a victim? No.” But “in the early years, under the light-touch regulation of the NIO we were firm in our resolve to exclude perpetrators”.

All that changed under an Executive led by the DUP and Sinn Fein when responsibility for NIMF moved to the Office of the First Minister and Deputy First Minister, whose bosses were Ian Paisley and Martin McGuinness, assisted by their junior ministers Ian Paisley jnr (who had to resign in February 2008 and was succeeded by Jeffrey Donaldson, Robin Newton and Jonathan Bell) and Gerry Kelly, who soldiered on until succeeded in 2011 by Martina Anderson.

The NIMF was told to abandon reconciliation work and instructed that unless it included perpetrators, all its funding would be cut.

In 2012 it was subsumed into the Victims and Survivors Service, which depended on Stormont for all its funding and presumably did what it was told.

In the most recent essay, ‘The peace process has destroyed the ability to deliver for victims’, retired Assistant Chief Constable Alan McQuillan forecasts an inevitable slide “into a one-sided process that focuses on those who try to prevent the violence, rather than those who murdered”, which is partly a result of “an imbalance in legal and political representation when it comes to demands for investigations, which are overwhelmingly from one side of the community”.

How has this happened?

“Government made the mistake years ago of letting the term ‘collusion’ be perverted from all real sense of meaning and then weaponised for political ends,” he said.

“It must not be allowed to do the same with ‘justice’ itself.”

Outraged academics, clergy, journalists, lawyers, politicians, victims and others have been queuing up to contribute to the Legacy Scandal series. Anyone who cares about truth and justice should read it.