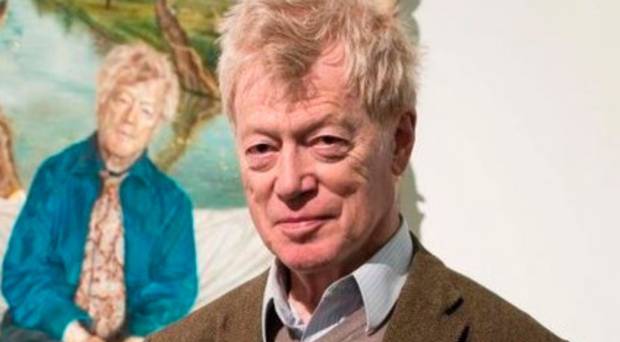 If we fail to stand up against the social media bullies then everyone is vulnerable, writes Ruth Dudley Edwards 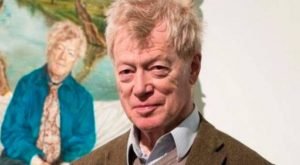 Published: 12 November 2018 Last week’s target for a vengeful left-wing mob was Sir Roger Scruton, assailed because he had been appointed by Secretary of State for Housing, Communities and Local Government James Brokenshire to the (unpaid) job of chairing the new Building Better, Building Beautiful Commission.

Remember the hounding of my friend Kevin Myers, possibly Ireland’s most gifted journalist, whose career was wrecked in July 2017 by hysterical accusations spread all over the world through Twitter that one of his columns revealed him to be an anti-Semite?

A clumsy sentence and a controversial headline were wrenched out of context, but anybody who had done half-a-minute’s research on Kevin would have known that he was a great admirer of Jews and a defender of Israel.

Indeed, the chair of the Jewish Representative Council of Ireland said: “Branding Kevin Myers as either an anti-Semite or a Holocaust denier is an absolute distortion of the facts.”

It was too late. Having been a fearless critic of – among others – Irish paramilitaries, fellow-travellers, hypocrites and stupid enforcers of political correctness, Kevin had many enemies who duly flooded social media with lies and abuse.

The mob was, of course, on the left. As Roger Scruton presciently said years ago: “Once identified as right-wing you are beyond the pale of argument.

“Your views are irrelevant, your character discredited, your presence in the world a mistake. You are not an opponent to be argued with, but a disease to be shunned. This has been my experience.”

This would also be the experience of Toby Young when last January he was appointed to a modest position as a non-executive member of the Office for Students, a new body intended to ensure institutions in higher education are accountable.

Jo Johnson, the Universities Minister, had been impressed with Young’s dedicated work in setting up free schools, which did a lot – through traditional educational methods – to help poor children to achieve.

That went for nothing, because Young had also been, like Myer, a controversial journalist and slaughterer of sacred cows, and what are now known as “offence archaeologists” got to work searching decades of his writings to find material – particularly jokes – they could frenziedly misrepresent as racist, sexist, homophobic and so on.

Theresa May gave him lukewarm support, he resigned from the board so as not to embarrass it, and ended up losing his other part-time jobs.

One of the characteristics of these kind of witch-hunts is that those in authority are usually craven.

It looks as if Scruton may be more fortunate, for both he and Brokenshire seem to be standing up to the bullies, and many commentators have weighed in on their side.

Brokenshire had to step down as Northern Ireland Secretary of State last January due to ill health, but having emerged successfully from cancer treatment was brought back into the Cabinet in April.

He seems to be enjoying a job where he can actually achieve something without being impeded by tribal politics, and he was impressed by a think-tank report, of which Scruton was a co-author, entitled Building More, Building Beautiful: How Design And Style Can Unlock The Housing Crisis.

Its main thesis was that, rather than ‘Nimbyism’ (Not In My Back Yard), public opposition to new housing developments signified a dislike of ugly, non-traditional housing.

Among Scruton’s 50 books are several about beauty in art and architecture, but many modern architects hate beauty and therefore cheered on a mob who knew nothing of this internationally admired thinker except that he was a conservative.

But he’s no wimp.

In the early 1980s he had the temerity to found the Salisbury Review, which sought to establish an intellectual basis for traditional (not Thatcherite) conservatism and was intelligently critical of feminism, multiculturalism and modernism among other hot issues.

He would write afterwards: “It cost me many thousand hours of unpaid labour, a hideous character assassination in Private Eye, three lawsuits, two interrogations, one expulsion, the loss of a university career in Britain, unending contemptuous reviews, Tory suspicion, and the hatred of decent liberals everywhere. And it was worth it.”

We have to hope he and Brokenshire hold their nerve. If not, the self-styled progressives will add another notch to their bedpost. Is the DUP defending free speech?