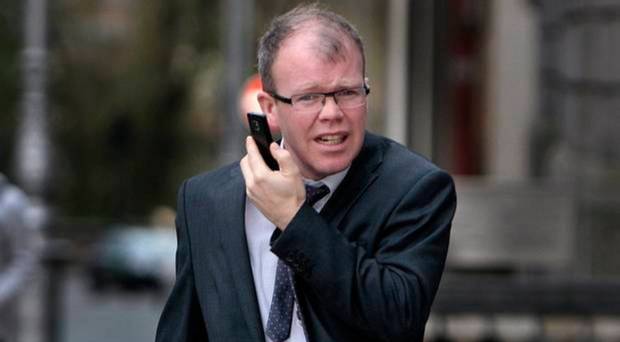 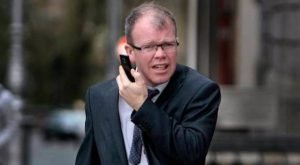 One of the most famous quotes attributed to the Dublin writer and wit Brendan Behan is that the first item on the agenda of any republican or nationalist organisation is a split.

This week, covering the latest damaging Sinn Fein falling-out, Irish Republican News, which reports on republican activism across the board, reminded us that since 1986 four political parties with Sinn Fein roots have been formed: Republican Sinn Fein (1986), the 32 County Sovereignty Movement (1997), eirigi (2006) and Saoradh (2016).

The driving force this time is Peadar Toibin, a Meath West TD since 2011, who resigned from Sinn Fein recently because of its refusal to allow him freedom of conscience over abortion.

I’ve always found Toibin interesting. He was in Fianna Fail at University College Dublin when studying economics and politics, but at 23, I think just after the IRA ceasefire, he joined Sinn Fein.

In 2013 he was suspended for six months for defying the whip by voting against the Protection of Life During Pregnancy Bill on the grounds that it was introducing abortion through the back door.

At the time Sinn Fein was in favour of abortion only in extreme cases, but over the past two or three years it changed to suit its rebranding as “progressive”.

In its 2016 general election manifesto it said that it would support a referendum “to provide for a woman to seek a termination of a pregnancy where her life is at risk or in grave danger, and in cases of rape or incest as well as in cases of fatal foetal abnormalities”.

Yet nowadays, since the overwhelming vote for repeal of the pro-life Eighth Amendment to the Constitution, it is happily supporting legislation that in some respects is more permissive even than that prevailing in Britain.

And now Toibin, like his colleague, Offaly TD Carol Nolan, has been disciplined and effectively forced out of the party for dissenting.

To some extent, for Mary Lou McDonald, who has no time for independent thinkers, this must have been a bit of a relief.

He has never been to the forefront in the “I believe Gerry” chorus.

While she defends everything the IRA ever did, Toibin is more selective.

Last January, for instance, he stepped out of line by saying he believed it was the IRA who had carried out the “shocking, despicable, shameful, morally wrong act” that was the Kingsmill massacre.

But McDonald’s relief will have been shortlived. Toibin is serious, as is the draft manifesto for his new all-Ireland party that seeks to appeal to the 34% who voted against repeal and all others who are pro-life.

“We seek to protect the most vulnerable in society at all stages of life,” it says. “We believe that all of the necessary economic and social supports must be provided to mothers and families to ensure that they can raise their children in confidence.”

But it is about more than that. He has organised several meetings in the Republic: the posters read “Clones in the Dail or a new People’s Movement” that “fights for Unity, Economic Justice and protecting the most vulnerable”.

His recruits include disaffected Sinn Fein recruits, including two county councillors. “It’s like watching a pressure cooker have the weights taken off it,” he said. “There is so much pent-up frustration in the Irish political system.”

His ambitions are islandwide, and Michelle O’Neill, as well as MacDonald, should be feeling very nervous indeed that he has recruited Declan McGuinness.

Not only is he a brother of the late St Martin, but he is married to a sister of McGuinness’s widow, is helping to set up the party in Northern Ireland and has indicated that he might be prepared to stand for election.

I’ve never been happy with people who oppose capital punishment but are gung-ho about abortion, any more than I’ve been with uncompromising pro-lifers who favour hanging.

If Toibin doesn’t condemn the IRA murder campaign he’s not going to make much headway with the middle ground, but just for now he has the potential to be an almighty nuisance for Republicans.

This could be some split!