When it comes to terrorism, a plague on both your houses I say to loyalist and republican 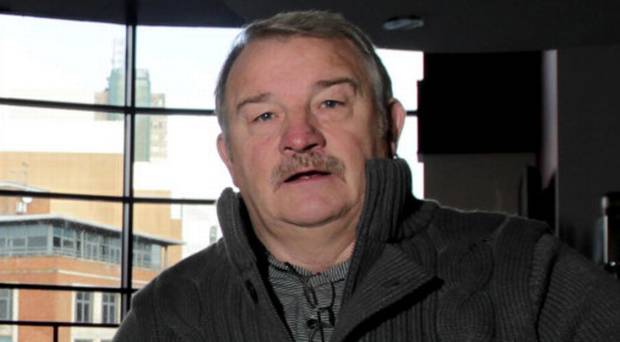 I may be known for my attacks on Sinn Fein, but I hold no bias on subject of paramilitarism, writes Ruth Dudley Edwards 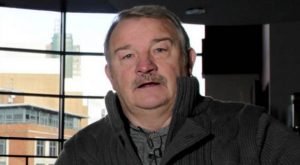 A tweet last week after I’d had an altercation with James Wilson of the Loyalist Communities Council said: “I must say… you are without doubt the rudest person i’ve heard on The Nolan Show… shockingly ignorant and rude.”

I have to assume that this tweeter hasn’t listened to many episodes of The Nolan Show, which is famous for its robustness and for maintaining a free speech policy with which I utterly agree.

My beef was with officials agreeing to listen to the views on Brexit of the UDA, UFF and Red Hand Commando.

I admit that I became a bit testy about Mr Wilson’s habit of shouting over me any time I was trying to explain what I actually thought, as opposed to what I was being accused of thinking.

However, as someone who pleads quite often for civility in public discourse, I accept that I shouldn’t have told him to shut up.

Mostly, in Ireland, my public differences of opinion are with republicans, who often complain that I’m forever critical of them yet never say a bad word about loyalists.

That’s utter rubbish. When it comes to paramilitaries and their apologists I’ve consistently echoed Shakespeare’s Mercutio when he called for “a plague on both your houses”.

Indeed, I recall savaging both lots at a conference and having the compliment of having David Ervine muttering “Shut up, Ruth” in the row next to me.

But I accept that I pay far more attention to the misdeeds of republicans than I do to loyalists, which is not surprising since I see Sinn Fein as a virulent cancer that could destabilise the whole island.

I was brought up in a Dublin Catholic nationalist world and became a student and critic of violent Irish republicanism.

I understand it in all its idealogical zealotry, self-delusion, self-righteousness, ruthlessness and its tribal loathing of anyone who doesn’t think like it or share its allegiance to a mythical and narrow view of what it means to be Irish.

Like the great Conor Cruise O’Brien, who led the charge against the Provisional IRA, I believe it’s one’s duty to tell home truths to one’s own tribe.

I’ve been following Northern Ireland politics closely since the 1980s, and have watched as the murder campaign was replaced by the sickening weaponising of culture.

I’m appalled that anyone votes for a party that eulogises terrorism.

How can anyone defend a party that won’t condemn the IRA’s murder of Edgar Graham on the Queen’s campus 35 years ago for the sin of being an intelligent, liberal and honourable man tipped to be leader of the Ulster Unionist Party, and therefore a potential political threat?

Yet many decent people have been brainwashed by their MOPE (Most Oppressed People Ever) propaganda and cynical rewriting of history.

It’s because I believe the history of Ireland includes all its inhabitants, that I worked hard to understand unionism, and even wrote a book on the loyal institutions.

But while I came to like, admire and become friends with many, many unionists, I’ve never been close enough to rank-and-file loyalism to feel that I really understand what is going on.

When I was covering parades and riots in the worst days of Drumcree and exposing the Sinn Fein leadership’s monstrous conspiracy to set loyal institutions against the state, I encountered loyalism at its worst in the likes of Billy Wright.

When people asked me if I was afraid of being murdered by the IRA, I used to say sourly that it was far too smart to kill journalists, and it was far more likely that I’d be beaten to death by a gang of drug-crazed loyalists who heard my southern accent.

I’ve done some research into Mr Wilson, aka ‘Bimbo’, and I’m not very impressed that he’s been trying to legalise the Red Hand Commando and is pals with the UVF, but I also learned that he was badly assaulted by UDA drug dealers who objected to him frequently being on The Nolan Show.

Tell you what, Jim. Let’s meet when I’m next in Belfast and try to have a conversation in which we listen to each other.