Maybe Mr May understands his wife, but everyone else just finds her unknowable 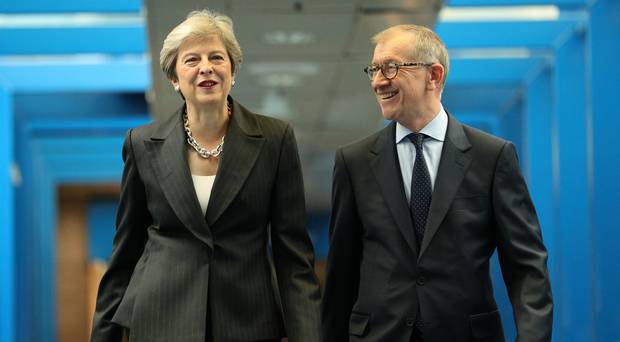 Leavers and Remainers don’t agree about much, but most would like the PM to go, writes Ruth Dudley Edwards 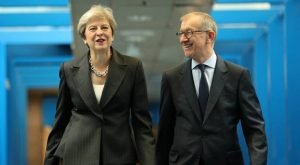 Prime Minister Theresa May and her husband Philip May (PA)

Matthew Parris on Saturday in his latest despairing Times column about Theresa May asked: “At what point does tenacity become rigidity become mulishness become a frozen panic?”

Unlike Mr Parris – a fine journalist whose usual milk of human kindness has been curdled by his hatred of Brexit – I really don’t want to be mean about Theresa May, even though I am a distressed Leave voter who fears she’s on course to trap us in the worst of all possible worlds.

Like many others gazing in horror at the shambles of the Brexit negotiations, the Parliamentary stalemate and the spectre of Jeremy Corbyn, I’m not hard-hearted enough to ignore her dedication and be indifferent to her plight.

But the brutal truth is that not only has she made a hash of the Brexit negotiations, but that she was always unfit to be Prime Minister, especially at a critical moment in the history of the United Kingdom when the main qualities required included imagination, heretical instincts and a desire to get the hell out of the European Union as fast and as straightforwardly as possible.

How did she become leader?

Essentially, she had luck. I don’t believe that David Cameron was running away from the job, but old-fashioned gentlemanly values caused him to think that having lost the referendum it was his duty to resign.

Michael Gove and Boris Johnson, both rich in imagination, both given to challenging orthodox thinking and both sharing a deep dislike of the EU establishment, messed up spectacularly.

Of those still standing for the leadership, Mrs May’s record was the most substantial as the longest-serving Home Secretary for 60 years.

A conscientious constituency MP, she had set up effective structures for encouraging women, but she didn’t get close to anyone.

This only child, orphaned in her early 20s and unable to have children, seemed and still seems to need no one, except her husband Philip.

She had no friends and just two counsellors – her thinker Nick Timothy, and her enforcer Fiona Hill – who alienated her colleagues with their bullying and had to be sacked after the disaster of her snap general election last year.

Nobody seemed to know her. The Westminster bubble discussed her incessantly, even before the leadership election, but couldn’t get to the essence of the person within that stiff, flawless exterior, although there were some warning bells evident in her control freakery and addiction to unattainable targets.

Behind her back people called her the Ice Maiden or the Sphinx, or compared her to the inscrutable Soviet spymaster Karla in John le Carre’s novels.

She was notorious for seeing off critics by facing them down with long silences or boring them senseless with constant repetition.

Once she’d been elected, although people were prepared to believe this Remainer’s promise that she would honour the outcome of the referendum, there were warning signs.

A Gove or a Johnson would probably have found tough, hardened horse-traders who would have demanded from day one noisy preparations for a no-deal, but Mrs May relied almost exclusively on civil servants – steeped in the EU culture – to do the deal with Brussels and seek accommodation rather than confrontation at all times.

There was no one to scoff at the peculiarly English notion that compromise is all and the truth always lies in the middle and threaten to walk out unless the EU came up with a good offer.

So we are where we are.

“Does she hear?” asked Parris. “Does she see? Does she know? Is there anyone at home?”

He was echoed at the weekend by the absurd Jean-Claude Juncker, who after a few drinks blurted out that what she was saying was “nebulous” (i.e. indistinct, vague, hazy, or cloudy).

In one of the better jokes that ensued, Mrs May’s attempt to get him to retract the accusation was described as “the nebulous in pursuit of the bibulous” (i.e. excessively fond of alcohol).

Parris is hoping for a group of Parliamentary centrists to make common cause and somehow keep the UK in the EU.

But most of us can probably all agree that May should be persuaded or forced out of her job.