Should we care what the UDA, UFF and the Red Hand Commando think about the Brexit backstop? 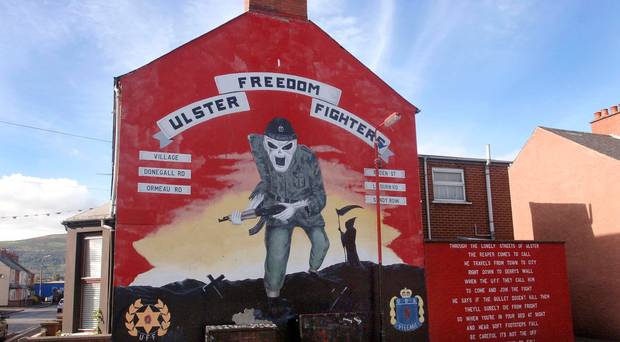 Talking to the spokesmen for paramilitaries gives them a status they don’t deserve, writes Ruth Dudley Edwards 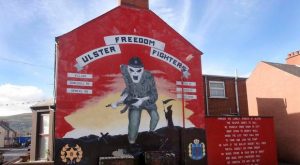 I see loyalist ex-paramilitaries are unhappy with Mrs May’s deal. We are told by the chairman of the Loyalist Communities Council (LCC), which is supported by the Red Hand Commando, the UDA and the UFF, that recently they met the Permanent Secretary of the Northern Ireland Office to explain their objections.

“The members, some of whom voted to remain,” said David Campbell, an ex-chairman of the UUP, “were extremely hostile about the deal, and were urging the official to convey to the Prime Minister the real need to get a definitive power for the UK to end the backstop unilaterally, if need be.”

I don’t doubt Mr Campbell’s good intentions , but he keeps dodgy company, by which I mean not just people linked to paramilitary organisations that are involved with crime, but also Jonathan Powell, who until they both resigned in 2007 was Tony Blair’s Chief of Staff and a prime mover in the peace process.

Since he retired from public office, Mr Powell has given much time to his self-appointed role as an international peace-maker.

Not only is he prepared to talk to anyone, but he wants governments to do the same.

He was no sooner out of office than he was calling for talks with Al Qaeda and the Taliban.

Mr Powell – who famously became so fond of Gerry Adams and Martin McGuinness that he asked them to his wedding – seems to have no moral scruples about giving terrorists an inflated idea of their own importance and a status they don’t deserve.

He’s been happy in his mediator activities to team up with, among others, Gerry Kelly.

That’s the Gerry Kelly who’s been participating proudly in a roadshow dedicated to glorifying a 1983 prison escape during which, an official inquiry later found, he shot a prison officer in the head.

So it was no surprise that the LCC turned out to be a brainchild of Mr Powell.

To be fair, the organisation has the commendable objective of tackling criminality, educational under-achievement and the failure of politics to bring loyalists in from the cold.

When in October 2015 Mr Powell spoke to the media about it, he described this as “the one issue we never addressed successfully”.

Actually there are plenty of issues he and Mr Blair never addressed successfully.

It was on their watch that infamously the political centre ground was destroyed and – to placate the IRA – a disgraceful legacy deal was done that slants the justice system away from pursuing terrorists and towards hounding the agents of the state.

All murder is wrong and all murderers should be brought to justice, but we’ve had millions spent on investigating the murder of Pat Finucane – who was named as a member of the Provisionals by IRA double-agent Sean O’Callaghan – while virtually nothing has been done to pursue hundreds of equally foul murders of members of the security forces that saved Northern Ireland from civil war.

I understand why loyalist paramilitaries look at the success of Sinn Fein and are jealous that republican terrorists get into government and their loyalist equivalents don’t.

That’s because unionists don’t vote for paramilitaries and republicans do, largely because of a twisted but brilliantly presented republican narrative of victimhood about MOPE (the Most Oppressed People Ever).

My heroes of the Troubles apart from brave servants of the state are the ordinary people of Northern Ireland who respected the rule of law, rejected violence and refused to vote for criminals.

They have been, and still are, consistently let down by weak and amoral London and Dublin politicians who give in to those who threaten the most and shout the loudest.

I understand the importance of pragmatism, and another time I’ll be more constructive, but just for now I want to endorse a tweet I came across that responded to the news item about the LCC’s views on the backstop.

Sometimes all we can do is publicly declare our contempt for the people who brought misery to the province and expect to be rewarded for it.