Peadar Toibin is riding a hard race in the outside lane 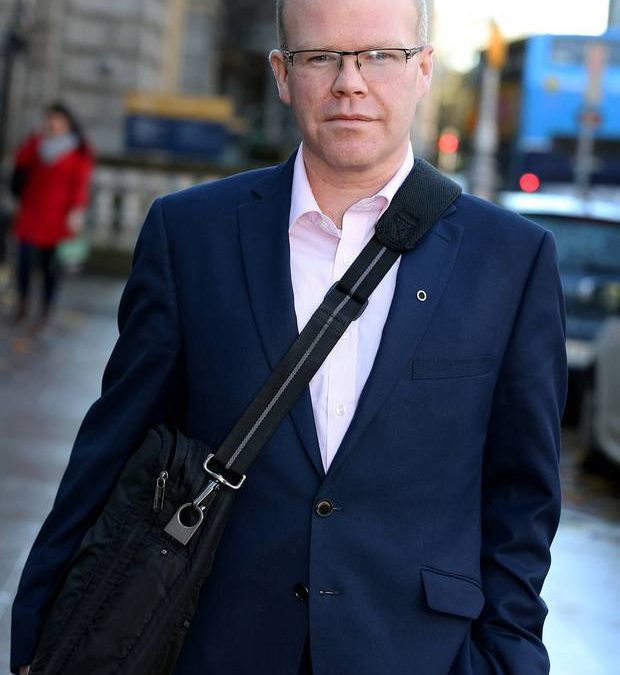 Sinn Fein’s refusal to allow its representatives to vote with their consciences may prove very costly, writes Ruth Dudley Edwards 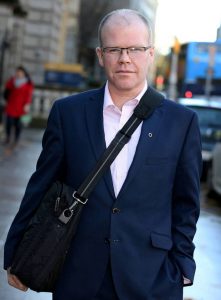 ‘How many Cork people does it take to found a movement to break the political cartel?” enquired Peadar Toibin, the Independent ex-Sinn Fein TD, on Twitter last Thursday evening, after his political meeting. “About 350 apparently!!!” was his triumphant answer.

It mightn’t seem remarkable that he could attract 350 anti-abortion republicans to a meeting in a smart hotel in the rebel county, yet it was held in Ballincurrig, a 15-minute drive from Cork city, Toibin has never been one of the Sinn Fein celebs, he has no organisational backing and it was, after all, mid-January. But it was far more significant than that.

When he joined the party in 1997 after the IRA ceasefire he must have seemed like a real catch. A devout Catholic, a committed republican, a fluent Irish speaker and lover of Irish culture with strong roots in respectable Co Meath, he had a degree in economics from UCD, a postgraduate degree from the Smurfit School of Business and was on his way to being a successful management consultant.

It would become clear, though, that he was handicapped by a conscience. While his contemporary Mary Lou McDonald had the necessary moral lobotomy that made her toe the Sinn Fein party line at all times, Toibin showed worrying signs of thinking for himself. This would bring on a dramatic clash when, for cynical political reasons, Sinn Fein changed abruptly from being socially conservative to “progressive”. Against party orders, in 2013 Toibin refused to endorse the Protection of Life During Pregnancy Bill and was suspended for six months.

In October 2014, as senior Shinners – who had been extremely vocal in their merciless condemnations of clerical failings over child abuse – lined up to smear Mairia Cahill and cover up IRA covers-up of similar crimes, Toibin contradicted colleagues by saying on the radio that he believed that “in the IRA modus operandi of the time” sex abusers had been moved. “Let’s make sure that issues of abuse don’t happen like they did in the past, where they were dealt with internally in organisations, whether it be the church or whether it be in the IRA,” he said.

This being suspect behaviour, he was not one of the favoured when it came to dishing out the spoils after the 2016 General Election and was appointed to one of the three committees to which Sinn Fein could appoint chairs. (That the other two were yesterday’s man Caoimhghin O Caolain, whom Gerry Adams had ousted as leader in 2011 – the year Toibin won a seat in Meath West – and newcomer Kathleen Funchion, indicated that Sinn Fein regarded them as a bit of a dumping ground.)

I watched a session of Toibin’s committee a year or so ago because a friend was up before it, and was surprised to see a member of Sinn Fein who appeared intelligent, open-minded, anxious to learn about the operation of a cultural institution and concerned with practical ways of helping it do its job.

Then last year, in the middle of the furore after Barry McElduff had appeared to ridicule the victims of the Kingsmill massacre, Toibin called the atrocity “a shocking, despicable, shameful, morally wrong act to select individuals on the basis, non-combatants, on the basis of their religion and to kill them as a result”. (Of course the use of the word ‘non-combatant’ suggests he still excuses the murder of members of the security forces, which means that there are many Irish people who could and should never vote for him, but it’s still a long way away from the normal Sinn Fein line of defending every atrocity as someone else’s fault.)

And then came Sinn Fein’s refusal to allow its elected representatives to vote on grounds of conscience in favour of retaining Article 8, Carol Nolan’s resignation, Toibin’s suspension and his plans to travel the length an breadth of the island to find those who agree with him not just about abortion but about the centralising of political parties and their failure to listen to the grassroots. He also made it clear that while his party would be socially conservative (“Ireland’s sick and tired of a focus on the ‘culture wars’ and issues like ‘gender-fluid toilets'”, he told the Irish Sun), it would be centre-left on economic policy, opposed to a federal Europe or European army and focused on correcting the imbalance in growth between Dublin and the countryside.

By yesterday, when he gave an interview to The Journal, he had recruited nine elected councillors from Fianna Fail, Sinn Fein and the SDLP, had more than 8,000 followers on Twitter and a lively Facebook account, had held 11 public meetings North and South with 20 more organised, and had 1,400 members of a political party he hasn’t yet named because he’s determined to ensure there will be no unforeseen problems with electoral registration and internet domains.

Some of his ex-colleagues are hurt, angry and not talking to him, he says in a tone of sorrow rather than anger which must make them even more furious.

The boys in the Sinn Fein backroom in Belfast must be looking with horror at this upstart having the nerve to challenge them head-on in the occupied Six Counties as well as the Free State. They must be nostalgic for the good old days when he could have been – if not knee-capped – intimidated out of his seat and even out of the country.

This party may go the way of so many others, but Micheal Martin and Colum Eastwood must be really shocked at this challenge at a moment when they seemed finally about to merge their parties. Leo Varadkar shouldn’t be smiling either. And the DUP might now lose its anti-abortion Catholic members.

“People have said to me, ‘well what if you lose your job over this’,” Toibin has said. “And I said, it is not the end of the world if I lose my job, but if abortion comes in for the child, it is the end of the world.” That level of principle at a time when politicians are held in such low esteem should scare the bejaysus out of the political establishment North and South.