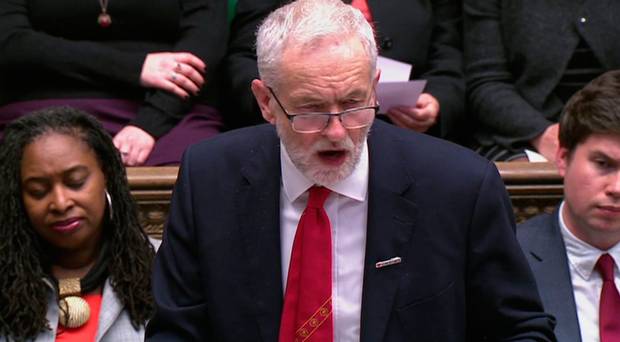 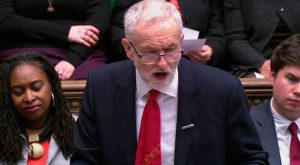 Being prone to insomnia, I keep on my Kindle a stock of really boring, sleep-inducing books. Recently I read two biographies of Jeremy Corbyn, who is interesting only because he accidentally became leader of the Labour Party.

I knew he was dull, but I hadn’t established the sheer depths of his dullness, and certainly page after page about how he went day after day to give the same old speeches to the like-minded often caused my eyelids to droop and the Kindle to fall from my hand.

But there were occasional interesting bits. As, for instance, the allegation that he and his brother Piers chose to go to a political meeting rather than to their mother’s death bed on the grounds that, as a socialist, she would understand their priorities.

Yet, because I am a politics anorak, I can’t wait to get my hands on the third biography, Dangerous Hero: Corbyn’s Ruthless Plot For Power, by the notoriously unforgiving Tom Bower, who has filleted many a household name including Tony Blair, Richard Branson and Prince Charles.

The book isn’t published yet, but there have been substantial extracts in the Mail on the last two Sundays, and it’s clear Bower’s hatchet is as sharp as ever.

Corbyn is even duller and more boring than I’d realised, yet because of circumstances and the virulence and fanaticism of his west-hating, pro-communist, mostly clever inner circle, he has to be taken seriously as a potential danger to his country and its allies.

What is very clear is that the cuddly grandfather persona is a facade masking a thick, tunnel-visioned, inflexible ideologue who seems not to have had a new idea since his teens; is a disorganised ditherer who gets his news coverage from the communist Morning Star; is an academic failure who hates achievers; has no sympathy with anyone aspiring to better themselves and has a dreary vision of a world of socialist conformity.

The official story of the collapse of his first marriage after four years was that the couple grew apart because of his commitment to politics. But that was an understatement.

It was “joyless”, said Wife Number 1, who left him because she couldn’t stand living with a man who was out every evening at socialist meetings, never read a book, didn’t care about music, art, beauty, drama, food or anything else, and on holiday insisted on sleeping in a tent and didn’t want even to look at anything he disapproved of, like a magnificent royal palace.

We had been told that he and Wife Number 2 split because of a principled dispute over a son’s schooling, but the reality was that she couldn’t cope with a husband who resisted her getting a cleaner because that would show “bourgeois” tendencies, was just as dreary as her predecessor had found him, and risked bankruptcy because he preferred his money to fund his cause rather than his family.

Even Diane Abbott, with whom he had a one-year affair, packed her bags and left because there was no fun.

Corbyn has always hated the EU: in 2014 he told President Maduro of Venuezuela – who would go on to wreck his country and starve its inhabitants – that Europe “had suffered appallingly” because the EU was a capitalists’ club and a barrier to his life’s work of “building socialism”.

Yet to keep his young party members happy, he pretended to be a Remainer while secretly undermining Labour’s pro-EU campaign.

I have a deep faith in the common sense of the British voter, and am comforted that though Theresa May is a useless Prime Minister and a dreadful negotiator, the polls show she is rightly preferred to this sinister fool.

But Bower’s evidence is so worrying that I’ve no doubt the full biography will not be sending me to sleep.