Mary Lou shows how she really is ‘Mary Clueless’ once again 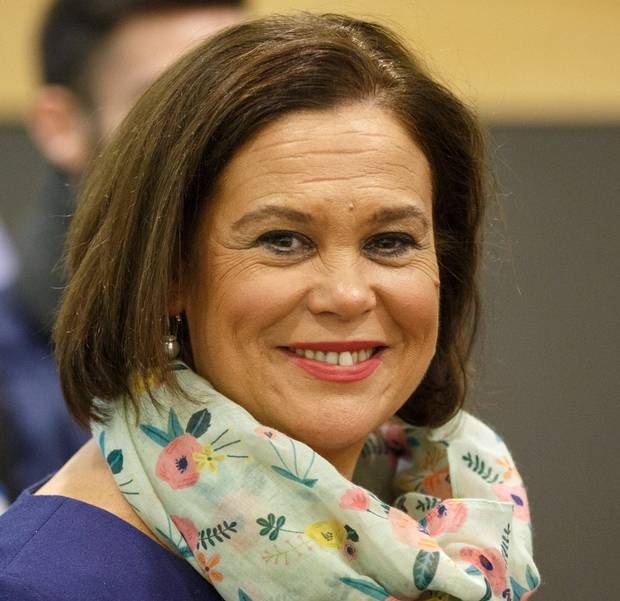 Gerry Adams didn’t understand the south, but Mary Lou McDonald is even worse about the North, writes Ruth Dudley Edwards 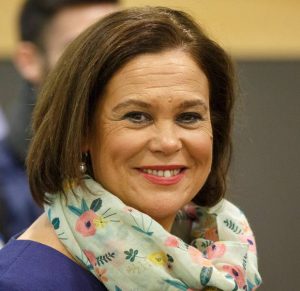 I was caught unawares last Tuesday on BBC Radio Ulster’s Stephen Nolan morning show by Mary Lou McDonald’s latest gaffe. I had come on to talk about votes at 16, but the person I was supposed to be disagreeing with wasn’t there so I was asked to comment instead on what Ms McDonald had said last Monday night about the selection of the next PSNI Chief Constable.
Mr Nolan reported her statement that she couldn’t identify anyone in the PSNI senior leadership capable of doing the job, which – put on the spot – I said I thought reflected her ignorance about the police and, indeed, Northern Ireland.

To my relief, as well as surprise (for it’s not often we agree), rather than claiming her knowledge was second only to his own, it emerged that Gerry Kelly (that’s the unrepentant bomber of the Old Bailey, proud participant in an escape from the Maze that brought death and injury to prison officers and currently Sinn Fein’s representative on the Northern Ireland Policing Board) had said in her defence that she didn’t know people in the top PSNI team except the two she had been introduced to the day before.

How would she? The main purposes of her visits up North are to placate hardliners and galvanise supporters rather than to learn anything that doesn’t fit the same old republican narrative.

That her remarks had been foolish in the extreme was indicated by the retweet from the normally cautious and diplomatic Chief Constable George Hamilton of a tweet from the Police Federation for Northern Ireland: “‘This amounts to extraordinary interference in an open and transparent selection process.’ Our full statement on this extraordinary outburst to follow.”

Mr Kelly did not, of course, directly criticise his boss, but he put it on the line that there were “clearly people capable of doing the Chief Constable’s job wherever they come from, whether that is within the PSNI or outside.”

In fairness to her, Ms McDonald had been at an emotional meeting the previous evening with victims of loyalist sectarian murders who had learned that a report from the Police Ombudsman was being delayed because of the discovery of a cache of relevant PSNI papers about to be disclosed for purposes of impending civil proceedings. To many republicans this was evidence of the deliberate subversion of justice by cops covering up collusion. To anyone fair-minded, it was incompetence, since otherwise the material would have been secretly destroyed and made available to nobody. As the PSNI explained it to the Ombudsman, it was a combination of “human error” in searching “44 million pieces of paper and microfilm records” stored in several locations and different “sometimes archaic” IT systems.

You wouldn’t have to go far in Northern Ireland to find distressed IRA victims who had been let down similarly, there are myriad such failures in the Garda and in the British police forces, and they, like the PSNI, are among the best in the world. It’s hard enough catching criminals, but dealing with the paperwork in an age of bureaucracy, accountability, and massive technological change is hell.

Anger is the prime characteristic of Sinn Fein North and south. Feeding off real and alleged grievances, they assail, attack, berate, denounce, condemn (and all the rest of the thesaurus) anyone who isn’t one of them who can be accused of any kind of error or wrongdoing. And Ms McDonald is a mistress of all that, a fitting leader of Sinn Fein, the Angry Party, the Belligerent’s Belligerent. She has no difficulty in being equivocal about IRA terrorism, while attributing the worst motives to someone who misplaced a folder.

Rightly acknowledged to be infinitely superior to Gerry Adams as a Dail performer and an interviewee, she lacks his political adroitness and, of course, his pedigree, and among her failings as Sinn Fein president is her ignorance about Northern Ireland. She follows instructions from the Boys in the Belfast backroom, but she doesn’t get the nuances, and her limp deputy Michelle O’Neill isn’t much help. Because of their military records, Mr Adams, Martin McGuinness and, indeed, Gerry Kelly, were licensed to show a softer side, whether it be teddy bears, being nice to Ian Paisley or being constructive about the police, whereas she feels it necessary to be consistently obnoxious. Indeed Mr McGuinness really enjoyed his job and would have kept Stormont going had it not been for his fatal illness. Mr Kelly seems to love his, and last week he was straining to hang onto it, as from north and south came angry denunciations. Former Assistant Chief Constable, Alan McQuillan, said her remarks were “dangerous”, “very sad given the positive and constructive role her party has played on the Policing Board in the past decade”, undermined Sinn Fein’s credibility and caused the board significant problems. Arlene Foster thought she had jeopardised the recruitment process and compromised the panel. The Equality Commission wrote to remind the Policing Board “of its responsibilities under equality legislation to recruit in a non-discriminatory way”. And the board itself has sought legal advice.

But Ms McDonald has not given an inch. “There is nothing to apologise for, there’s no retraction to be made,” she said, it was just “political huffing and puffing”. As Fianna Fail TD Billy Kelleher put it during the pointless no-confidence debate on Simon Harris, with the State potentially facing “a catastrophic event”, all Sinn Fein “is interested in is having political chaos across the island because it thrives in it”.

Every year the website politico.eu chooses the 27 Doers, Dreamers and the Disruptors who will shape Europe in the year ahead. Ms McDonald is 2019’s Number 1 Disrupter. The runner up is a Danish politician who has moved from communism to becoming a migration hardliner working with the far right. Jeremy Corbyn, at Number 3, might give Mary Lou a run for her money, but she won’t be easy to beat.