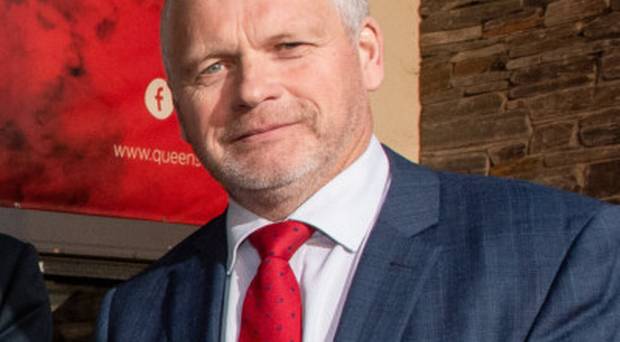 When such a passionate campaigner as Trevor Ringland gives up hope, it augurs badly, writes Ruth Dudley Edwards 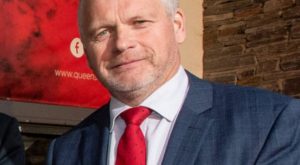 Trevor Ringland wrote on Saturday: “Just after the last Northern Ireland assembly elections I challenged a senior Sinn Fein figure. I said ‘you have pressed the hate button during that election campaign and it’s going to be very hard to put this back in its box’. His response was: ‘I’ll not take lectures from the likes of you.’ I went back to my wife and I said: ‘No matter what I say, there’s no space in their Ireland for me.'”

That is a terrible story to hear from one of the most tireless and effective workers for peace Ireland has ever produced.

A man whose friends think him almost absurdly optimistic now feels despair over what he calls “the recent upsurge in divisive Irish nationalist rhetoric”.

Growing up during decades when colleagues of his policeman father were being routinely murdered and injured by the IRA, Trevor – whom I’m proud to call a friend – wanted to unite, not divide.

He played rugby 31 times for Ireland and laughs about his success in uniting Ireland twice, once when he scored a try against England and both wings of the Maze prison cheered and later, in his last match, when he allowed an England winger to score a hat-trick, uniting the country in calls of “he’s useless, get rid of him”.

Among his achievements were his work with the GAA, his chairing of the Small Steps campaign to encourage understanding between communities, and the role in Peace Players International that won him the International Arthur Ashe Courage Award in 2007.

That was the same year that in Croke Park, at the Six Nations clash between Ireland and England, this man who considers himself Irish, Northern Irish and British sang Ireland’s Call, God Save the Queen and Amhran na bhFiann in Irish.

That is also the man the senior Sinn Fein figure dismissed as “the likes of you”.

I’ve recently been criticised for describing Sinn Fein as a cancer on our island.

Yet its brilliant propaganda dismisses unionists as bigots and haters and sees no fault in those who murdered its political opponents.

As the King James Bible puts it: “Thou hypocrite, first cast out the beam out of thine own eye; and then shalt thou see clearly to cast out the mote out of thy brother’s eye.”

Despite my Dublin nationalist background, I have long found Northern Ireland unionists morally on a higher plane than nationalists, not least in their capacity to forgive.

One of my occasional correspondents, a Protestant who works almost exclusively with Catholics, wrote to me recently about Gordon Wilson, whose daughter Marie died in the Enniskillen bombing in 1987.

“What do we associate Gordon Wilson with?” he asked. “A total absence of vindictiveness – a total willingness to be magnanimous.”

Why, he wondered, did there seem to be no evidence of such an attitude amongst the Bloody Sunday or Ballymurphy families.

“This is not to minimise their pain,” he added. “It is preventing healing in Northern Ireland.”

The simple reason is that nationalism these days is driven by haters. As this man who craves peace put it: “I am very depressed about the sectarian separatism Sinn Fein are encouraging.”

Around the same time I received a card from another occasional correspondent. She had read in one of my articles of Dolours and Marian Price, the Old Bailey bombers, that Dolours’s guilt at her past had contributed to her death.

Could I, she asked, give her an address for Marian, so she could send her writings that could lead her to Jesus, “the only one who can give her peace of mind and heart before it is too late”.

This lady is the kind of person derided by the born-again progressives as dinosaurs, yet she displays Christianity at its best.

It is because so many Protestant people in Northern Ireland have been taught to forgive and turn the other cheek that so few among them took to the gun and so many would forgive the wrongs done to their community if the perpetrators showed any remorse.

But there isn’t remorse. There is only aggression and malignancy, otherwise known as cancer, which Sinn Fein are spreading throughout our island.