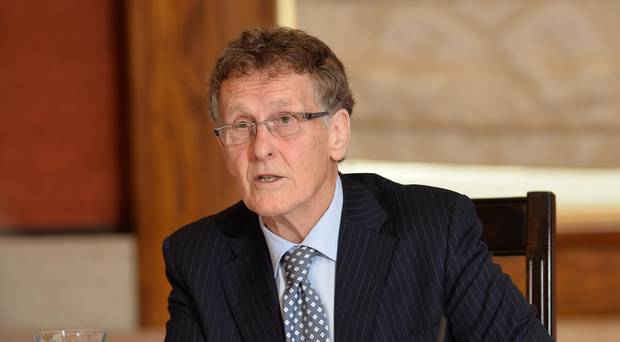 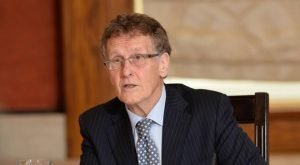 The last couple of weeks brought us another couple of episodes in the soap opera that is the Renewable Heat Incentive (RHI), aka “cash for ash”. People like me, who didn’t know the difference between a biomass boiler and a tin of sardines, were required to learn the basics in order that we could grasp what the rulers of Northern Ireland had been up to.

But from these unpromising beginnings came a mighty drama, laced with a great deal of comedy.

The unexpected star was Sir Patrick Coghlin, a retired member of the Court of Appeal, who began work just over two years ago.

Sir Patrick has had jobs on committees and tribunals that seem deadly dull to most of us. Vice-president of the Value Added Tax Tribunal, anyone? Or deputy chair of the Boundary Commission for Northern Ireland?

An inquiry into the operation of RHI didn’t seem likely to offer much entertainment, but Sir Patrick proved to have a remarkable talent for asking direct, penetrating and awkward questions which caused many a politician, special adviser (Spad) and senior civil servant to squirm unhappily and make far more frank, embarrassing and sometimes hilarious admissions than they had intended to.

I revisited January 2017, when then Finance Minister Mairtin O Muilleoir, after a long period when his party had resisted an inquiry, caved in.

“By getting to the truth of the RHI scandal”, this inquiry team, led by the distinguished Sir Patrick Coghlin, will I believe address those wider issues and therefore go some way to rebuilding the shattered public confidence in the institutions,” he declaimed solemnly.

The “wider issues”, he explained, “went beyond financial matters to include “governance and probity”.

While he expected it to be completed in six months, he added: “Rest assured, every stone will be turned and there will be no dark corners where the light won’t be shone.”

Like most spectators, presumably Mr O Muilleoir expected those suffering on the rack to be almost exclusively associated with the DUP, but the inquiry’s light really did shine into everyone’s corners.

There were chancers who took advantage of the RHI magic money tree… but there were also decent farmers who invested for legitimate reasons and could be ruined.

So, it also exposed Sinn Fein’s anxiety to keep the scheme open for the benefit of some of its supporters and the extent to which the DUP and Sinn Fein coerced civil servants into acquiescing in a culture of secrecy.

Like civil servants in London and Dublin over the last several years, they were driven by a belief that their primary job was to put the preservation of Stormont above all other considerations.

That does not, however, explain how the Department for Enterprise, Trade and Investment (now the Department for the Economy), aware of all that was wrong in the setting-up and running of the scheme, failed even to inspect the boilers, so it knew what it was dealing with, and has now proposed slashing subsidies savagely to a level far below those available in Britain or the Republic.

There were chancers who took advantage of the RHI magic money tree, but there were also decent farmers who invested in it for legitimate reasons and could be ruined by the new rules.

As the Ulster Farmers’ Union said: “It is galling that these farmers entered a Government-run scheme in good faith, used it responsibly and now their businesses are being pushed to the wall because of the failures of others.”

It’s worse than galling. It is utterly unjust.

Dublin is becoming nervous about the Inquiry report.

On Thursday Foreign Minister and Tanaiste Simon Coveney told a parliamentary committee that people shouldn’t be waiting to use it “in a sort of destructive way”.

He fears “that the bitterness that may come out of that may delay even further the opportunity to get an Executive up and running”.

Look, Tanaiste, the Dublin Government colluded with Tony Blair in giving the DUP and Sinn Fein a deal at St Andrews that destroyed the political centre. The two parties managed to work together for a time by splitting power for party advantage, but they have never shared it and they hate each other.

The chickens are heading for the henhouse as the RHI soap opera faces the final curtain.