The DUP risk self-destruction if the PM’s deal fails, but we can still trust them to put Brexit first 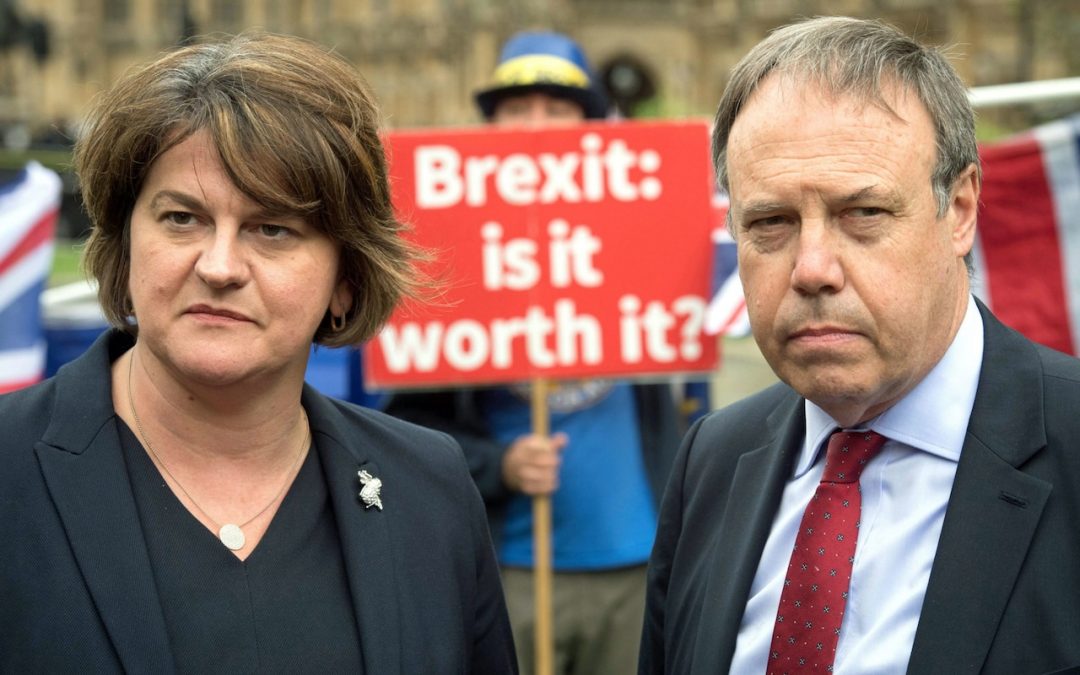 Its leadership will not cave in and accept a bad deal 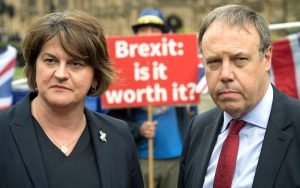 Cricket has nothing on politics when it comes to being a funny old game. Who could have thought that Nigel Dodds, MP for Belfast North, could – for at least one bright shining moment – be the most important person in the Westminster parliament?

Now that the Attorney General Geoffrey Cox has delivered his verdict on the legal assurances that Theresa May secured from Brussels last night, it will be Dodds whose voice counts most today in the eight-person Star Chamber set up by the European Research Group.

The Chamber is set to advise later today on whether the proposals agreed in the latest round of negotiations constitute a sell-out or a compromise that Brexiteers should be prepared to stomach as the least worst option.

His colleagues will be deferring to him as the key voice on the implications for Northern Ireland of the backstop.

It isn’t just that the DUP controls 10 key votes that makes its Westminster leader so influential. It’s that Northern Ireland has no other voice in the House of Commons, since Sinn Fein – traditionally anti-EU but now (following the old Republican precept that “England’s difficulty is Ireland’s opportunity”) -is almost hysterically anti-Brexit. However the party is left powerless with its nose pressed to the Westminster sweetie shop as it is banned by the hard-line IRA veterans who control it from the shadows from taking its seven seats.

There are compelling Northern Irish voices in the Lords, though, and recently some of them have been involved in what could be a game-changing exercise over the backstop.

Like Sinn Fein, the Irish government and most nationalists insist that Brexit undermines the 1998 Belfast/Good Friday Agreement and threatens the peace, but David Trimble – once leader of the Ulster Unionist Party and now a Conservative peer – who won a Nobel Prize for his role in negotiating the Agreement, as well as the distinguished historian Lord Bew, have turned the argument on its head.

They believe that as it stands, the backstop threatens the integrity and stability of the Agreement because of the failure of both governments to use the agreed mechanism to negotiate an Anglo-Irish deal. Crowd-funded, first-class legal advice confirms that unless the backstop Protocol is appropriately amended there will be excellent grounds to take a judicial review. Geoffrey Cox and Nigel Dodds are among those who are well aware of those legal arguments.

Fashionable opinion reviles the white, Christian and socially conservative DUP and dismisses it as stupid, bigoted and easy to buy off. In fact the party leader, Arlene Foster, is a solicitor, and Nigel Dodds, her deputy, not only took a first-class law degree from St John’s College, Cambridge, where he won a scholarship, a studentship, and the Winfield Price for Law, but in addition to having practised as a barrister, worked at the Secretariat of the European Parliament.

Like all too many of Northern Ireland’s politicians, both have been toughened by experiences few British politicians have had to endure.

When she was a child, the IRA almost killed Arlene Foster’s father, drove the family from its home and blew up her school bus. In 1996, when Nigel Dodds was visiting his seriously ill son in hospital, gunmen fired several shots at his police guards; he also had a bomb at his constituency office left by dissidents in 2003 and was concussed in 2013 when hit by a brick thrown by a rioter. These people are not push-overs.

So while the DUP don’t want to bring down the government, as a general election would be most unlikely to leave it with the power it now has, its leadership will not cave in and accept a deal that they believe weakens the union and would appall their electorate. There are key local elections coming up in May and Northern Irish politicians have as many names for betrayal as Eskimos have for snow.