Lyra McKee ignored religion, Mike was a Calvinist, Adam is a Jew, but they shared key messages 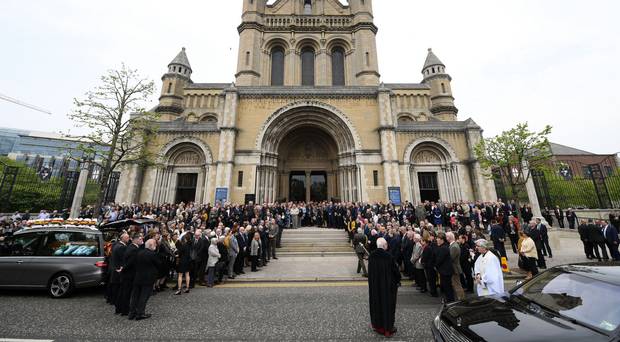 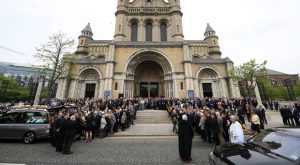 I was at services in two churches and a synagogue last week. I’ve written a lot about my lovely friend Lyra McKee so I won’t say much about Wednesday’s widely-reported inter-denominational thanksgiving service in Belfast Cathedral.

It was brilliantly put together and the tributes did her justice, but I’m one of those who thought it inappropriate to applaud in church.

Yes, I clapped too, and stood for Father Martin Magill’s ovation, because if everyone else is doing so it seems like a mark of disrespect not to follow suit, but it made me uneasy.

And I’m with those who are unhappy about the pillorying of politicians who had turned up to honour her memory and found themselves in the stocks.

But the portraits of Lyra were inspirational – particularly the evidence of how she made innumerable friends by ignoring religious, political, tribal and numerous other barriers, and how her instincts were always to help the most vulnerable by finding the truth.

The Thursday funeral, at a Hertfordshire cemetery, was of another clamberer across barriers, senior English Orangeman Mike Phelan, whom I met in 1997 in Belfast when I was researching a book on the loyal institutions.

He became an invaluable source and a very good friend, whose Yorkshire bluntness and talent for hilarious one-liners made him great company.

In 1971, aged 20, at the time three young Scottish soldiers were callously murdered by the IRA, he was, he said, “a bit of a thug”, walking around Sheffield “with a Rangers scarf tied round the head, a leather jacket and lots of Red Hand badges on the front ready to attack anyone who sounded like a Fenian”.

But having joined the Orange Order he came under the influence of the prayers and the Bible at lodge meetings, “so I abandoned the physical force idea and started to think more constructively”.

Mike made his living as an accountant, was a devoted husband and father and a senior member of many friendly and fraternal societies, but at his core was his deep Christian faith (he called his first son John Calvin).

Yet, as his long-time friend, Orangeman Richard Harvey, explained at the service, he “was devoid of bigotry and fully committed to the civil and religious liberty which was the founding principle of the Glorious Revolution of 1688”.

Although a unionist and devoted to Ulster, Mike greatly valued his Kilkenny heritage – along with history and Shakespeare, his passions included Irish music, literature and hurling.

He wrote prolifically and gave many talks on loyal institutions, Protestantism, the Union and military history, and his work matters not just because he was so well read, intelligent and articulate, but because he was so truthful.

Aileen Quinton, the victims’ campaigner whose mother was murdered in Enniskillen in 1987, remembered him “saying he got so angry about Sinn Fein distorting Irish history and basically lying about past events, that he decided he would play them at their own game and lie back, ‘but in the end, I love history and the truth too much and I just couldn’t do it. I have to content myself with telling the truth'”.

Mr Harvey mentioned to the predominantly Orange audience that Mike’s wide circle of friends included me and the late Sean O’Callaghan, IRA killer turned anti-terrorist, telling a story of the two of them walking by the Assyrian Church of the East in Westminster Road, with Mike initiating a discussion about this obscure sect that split from mainstream Christendom before the fifth century.

On Saturday I was at the Liberal Jewish Synagogue in St John’s Wood where a pair of 15-year-old twins I’ve known since birth were participating in the Kabbalat Torah service (Confirmation) which required them to read to the congregation their essays on ‘Our Passions’.

Adam, who had watched Lyra’s service, had incorporated her into his on denial – “a refusal to accept the truth”.

Talking about the importance of being “valued for truth”, he said: “She was determined to find the truth and would not quit. She was the embodiment of being valiant for truth and epitomised dogged determination. We could all learn from her example.”

We touch each other in so many ways. What matters is to keep reaching out.