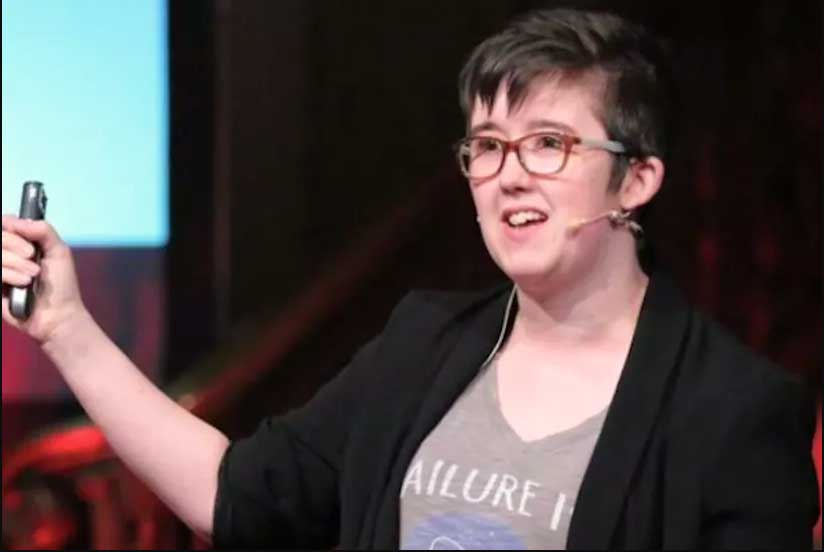 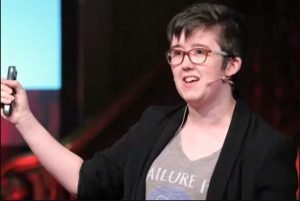 I’ve been writing and talking about my dead friend Lyra McKee for the best part of two days, and have little to add to my tributes to the talented, lovable, warm, kind, empathetic, funny, curious, eager, original, hard-working, brave though thin-skinned, wise but sometimes naïve, ambitious but ego-free, pint–sized dynamo, who regarded journalism as a sacred calling and practiced it nobly during her short life.

I admired and loved Lyra, not least because she focused so much of her work on telling the stories of unfashionable people: as Forbes magazine put it in 2016 when they listed her in the Europe media list of the significant 30 under-30s, her passion was ‘to dig into topics that others don’t care about.’ Similarly, she ignored tribal and identity battle-lines, most noticeably when it came to LGBT activism. Lyra wanted single-sex marriage, but she was never going to fall out with her socially conservative friends over it: in her 2017 TED talk the message was that if you want to convert people to your point of view, you talk to them as friends rather than insulting them, and respect their beliefs as you would wish them to respect yours.

Lyra’s murder has made her famous, which has brought with it various ridiculous comments from public figures. Is Bill Clinton really ‘heartbroken by the murder of Lyra McKee and the violence in Derry’? There was the senior policeman who told us the killing was ‘unacceptable’ and Leo Varadkar, describing her shooting as ‘an act of fear…of hate…of cowardice.’ Hate, yes – though aimed at a police officer, not at Lyra – but fear and cowardice had nothing to do with it. The New IRA, like the Real IRA, the Continuity IRA, the Provisional IRA, the Official IRA, and all their other predecessors and offshoots, have had plenty of psychopaths and sadists as well as brainwashed idealists among their numbers, but putting yourself in the line of fire during a riot is not normally an occupation chosen by scaredy-cats.

Gerry Adams wished to explain: ‘Those involved are not the IRA. The IRA embraced peace. It is gone. No Republican can support the anti peace gangs masquerading as the IRA. They should disband.’

Ah, the theology of republicanism! For almost all Irish nationalist politicians, the 1916 rebellion – organised in a democracy by seven men with no electoral mandate of any kind – is fine, as is what is known as the War of Independence, which was begun by a couple of thugs shooting neighbourhood policemen. The republican/irredentist side in the Civil War is praised only by the losers, a.k.a. the Fianna Fail party, and various illegal IRAs that have flourished since then. As far as the Provisional IRA is concerned, all republican killing was good until 1998 and the Belfast/Good Friday Agreement, when it ceased to be kosher.

What are known as the dissidents – who rightly protest that they should not be known as dissidents, since they are the true inheritors of the revolutionary mantle of 1916 – point out that if the ghastly things that happened under Gerry Adams and Martin McGuinness are excusable, so is anything they do.

There was an online spat initiated by Derry councillor Gary Donnelly, a former member of the 32 County Sovereignty Committee, a group believed to be close to the Real IRA (which murdered 29 people and unborn twins in the 1998 Omagh bomb) – who condemned this ‘reckless act’: ‘I would plead with those behind this attack to desist from any further attacks and seriously consider the consequences of their actions.’

This went down badly with Dee Fennell, a leading light in Saoradh (Freed) (which has denied claims that it is close the political wing of the New IRA) which claims that Lyra’s murder was an unfortunate accident that was all the fault of the invading ‘Crown forces’: ‘Did you call for the Real IRA to desist after Omagh, Gary? Or was that not reckless?’

Republicans parade on Easter Sunday, but Saoradh has abandoned its plans. Still, Sinn Fein will be among groups out in force. The hypocrisy of all this is summed up on Twitter by Maíría Cahill, once a devout Sinn Fein supporter, briefly a ‘dissident’, and now an Irish Labour supporter and trenchant critic of her old colleagues.

‘if you spent the last 24-hours condemning her murder then less than 48 hours later appear on the platform and tell people that whichever IRA, including the Provisionals, were ‘freedom fighters’ then you’re no better than the young man who pulled the trigger in Creggan.

And I say this as someone who grew up attending Easter and other commemorations soaking up that rhetoric like a sponge without even consciously knowing I was doing so. It has to stop somewhere, so stop it.’

Unfortunately, it will take a courageous Irish government and a change in popular sentiment to repudiate the violence of the early years of the Irish state. And I’m afraid it’ll take more deaths than Lyra’s to make that happen.