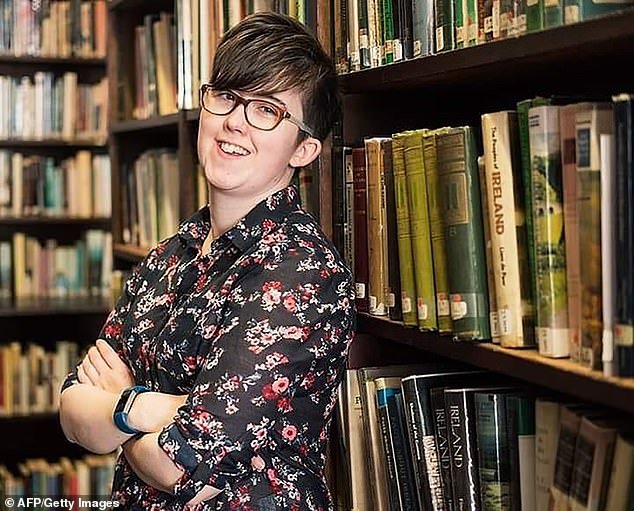 Asked what her daughter was like growing up, Lyra McKee’s mother said that while some mothers could hear ‘Mummy, Mummy’ in their sleep, she heard ‘Why? Why?’ There was, she added, no answer that could ever satisfy her daughter.

There was never any doubt about Lyra’s vocation. She was born to spend her life trying to find out why and how, who, when and where.

When I met her first, in her early 20s, she was obsessed with investigating the 1981 murder of the Ulster Unionist MP, the Reverend Robert Bradford. 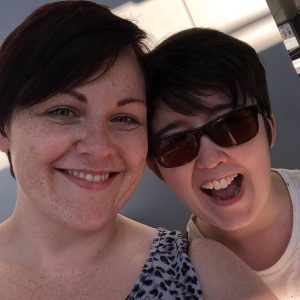 For my part, I tried to understand why someone brought up in a Catholic, republican working class estate and a lesbian to boot, who was only eight when The Troubles came to an end, should have been focusing so intensely on the old murder of an evangelical Protestant. But I quickly realised it was simply because it was a mystery. And mysteries were there to be solved.

What was more, Lyra – in her humanity and compassion and curiosity – transcended all normal boundaries. Age, religion, education, social background, sexual preferences counted for nothing when she made friends.

She had addressed her lesbianism publicly when she was 24 after distressingly homophobic comments made by a Belfast preacher inspired her to write on her blog a letter to her 14-year-old self.

In it she told herself, among other things, what would happen when she came out to her mother at 21.

‘You can’t get the words out so she says it: “Are you gay?” And you will say “Yes Mummy, I’m so sorry.” And instead of getting mad, she will reply “Thank God you’re not pregnant”.’

It would be all right, she explained to her young self, and ‘people will use words like “awesome” and “cool” and “witty” to describe you and you’ll forget the times the other kids said you were “weird” and a “lesbo”.’ 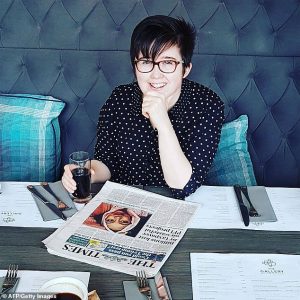 That was one of the powerful pieces she wrote that had her named Sky News young journalist of the year in 2016. The next year she gave an inspirational video talk for the influential TED organisation about how to make friends with people who are religiously opposed to homosexuality.

For her part, she made friends easily. There was more than a 40-year age gap between us, but that was irrelevant to Lyra. And, indeed, to me.

She consulted me on subjects where she felt my experience might be of use, which included anything from publishers to editors and how to deal with a broken heart. I helped her to crowd-fund to buy time to write her book about Rev Bradford’s murder.

But there was always that genuine ‘But how are you?’ from her, and worried enquiries about a recent bereavement of mine or a project I was having trouble with. There was in her, an extraordinary sweetness and kindness.

She utterly adored her mother, for whom she’d been a carer for years, and there would always be an interruption or two when we were together as she made a quick call to mum to check that she had eaten and taken her medication. 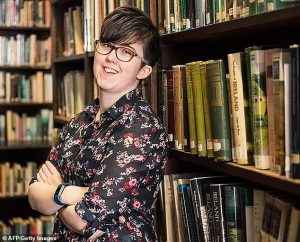 The last time I saw her she took me to a public interview with one of her newer friends, Anna Burns, the surprise Booker Prize winner (with her book Milkman) who came from a background rather like Lyra’s and in whose success Lyra was rejoicing.

At supper afterwards Lyra and I and another of her young friends talked about her own success and all the wonderful things that were also happening to her.

As writers, she and I shared a deep interest in keeping alive the stories of ordinary people devastated by terrible events, and, amazingly, after years of struggling as a mostly freelance journalist, she now had a two-book contract with the famous publisher Faber & Faber, one of them exploring the disappearances of children and young men during The Troubles.

Faber were captivated, not just by the story, but also by what they described as her ability to ‘engage the head and the heart’.

They predicted for her a ‘long and prestigious writing career’. 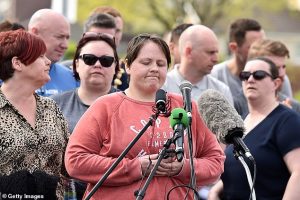 Even more importantly, she was in love and she was going to settle down with her lovely Sara in Londonderry, moving from Belfast. In anticipation of this, she had sorted out care plans for Mum whom she would be visiting in Belfast regularly.

Northern Ireland is mostly at peace, though the tribal divide is as strong as ever, for despite uttering pieties, Sinn Fein has no interest these days in power-sharing or reaching out to those on the other side.

In Londonderry, there are pockets of untamed terrorists who want to continue the terrible futile killings of the last century and who are seducing young people into the hatreds and violence the province hoped it had put beyond it. Lyra did not have political affiliations, but she sought to understand the tribal hatreds of Northern Ireland and to seek ways of transcending them, just as she worked to bring gay people and evangelical Christians together in fun and friendship. 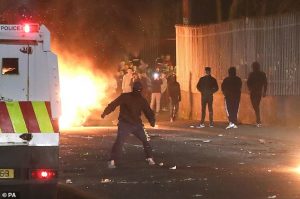 As she stood in Londonderry on Thursday night watching young people rioting, she would have been wondering how to explain to them the reality of a terrible past and the delusionary nature of the future they are being promised by bad people.

Her second last tweet dealt with her perennial and unjustified worries about her weight: ‘Slimming World is like going to confession. This week, I confessed to Burger King, a brownie, a white hot chocolate, a large bucket of popcorn, a large Coke, and a bag of Maltesers. My poor SW instructor was stunned into silence. Amazing I put only half a pound on this week.’

Her last, an hour later, was: ‘Derry tonight. Absolute madness.’

What a sickening waste of a lovely human being!