Why are we so indifferent to attempts all over the world to wipe out Christianity? 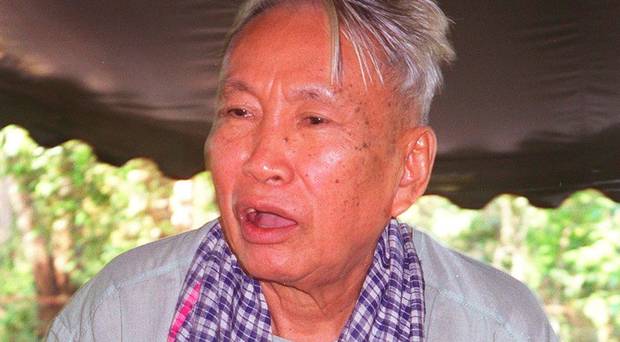 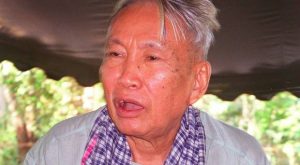 Last week I was at a brilliant and shocking international conference in London called Invisible Victims: Persecuted Believers And Western Governments.

Much of the discussion was about the persecution of Christians – a deeply unfashionable issue in the UK.

We’re having outrage and protests in London against the Dorchester Hotel because it’s owned by the Sultan of Brunei who has just introduced Sharia Law, but the issue is the legalisation of death by stoning for homosexuals.

We should all oppose such barbarity, but it’s depressing how rarely we see people getting so worked up in public about what is happening to religious minorities all over the world, particularly Christians.

In the UK, in liberal circles, Christianity now seems to have been damned because it is the state religion and therefore something to be ashamed of.

So it was no surprise that this conference was sponsored by two conservative organisations, the Budapest-based Danube Institute and London’s New Culture Forum, both of which exist to promote democratic debate and to challenge cultural orthodoxies that prevent free thought and exchange of ideas.

Over the past few years, when I first began to read of the religious imbalance in Syrian refugees coming here, it was difficult to find a convincing explanation.

The Barnabas Fund, a charity that supports persecuted Christians, sought figures from the Home Office with a Freedom of Information request, and met what it described as “a sustained attempt by Home Office officials to avoid their release”.

It took an order from the Information Commissioner threatening the Home Office with contempt of court proceedings to get the information.

Yet Christians were over 10% of the Syrian population when the war began and they have been brutally persecuted.

It was then admitted that not a single Christian was among the 1,112 Syrian refugees resettled in the UK in the first three months of 2018. All were Muslim.

Liberal media inevitably reacted dismissively to the suggestion that the UK Government was discriminating against Christians and alleged the right was stirring up anti-Muslim prejudice.

Did not UNHCR explain there were few Christians among Syrian refugees in their Middle Eastern refugee camps from which come the recommendations for resettlement?

But the truth is that Christians avoid the UNHCR refugee camps where they get no protection from further persecution and violence from Islamists.

If you want to read stunning accounts of religious persecution around the world, read this paper Lord Alton gave at the conference: (https://www.copticsolidarity.org/2019/04/10/how-indifference-to-discrimination-can-lead-to-persecution-and-outright-genocide/).

David Alton has spent his life on humanitarian work, travels to terrible places, and was eloquent about what is suffered by Christians in North Korea, Sudan, China, Nigeria, Pakistan and the contemporary genocide in Iraq and Syria.

“The aim is to stamp out the Christian faith wherever it is found,” he said.

He reminded us of “the four great murderers of the 20th century – Mao, Stalin, Hitler and Pol Pot – all united by their hatred of religious faith and liberal democracy”.

While the 21st century has brought us vicious attacks on religious freedom in almost every corner of the world.

John O’Sullivan, president of the Danube Institute, published in advance of the conference an eye-opening article (https://catholicherald.co.uk/magazine/the-persecution-trap-vulnerable-christians-are-running-out-of-allies/) highlighting how Western liberal countries – which in theory do not discriminate between religions – have in practice a tendency to favour other religions over Christianity, abroad as well as at home.

The exceptions are Poland and Hungary.

Among the brilliant contributions, we had a paper from a Hungarian minister, Hajnalka Juhász, who described in fascinating detail how Hungary succeeds in helping Christian communities in the Middle East to rebuild their churches and their lives securely.

But then Hungary wants to protect distinctively Christian culture and is therefore in collision with the EU Commission.

What most sticks in my mind is Lord Alton’s quotation from the Polish friar Maximilian Kolbe, who chose in the Auschwitz concentration camp to be starved to death to save a stranger: “The most deadly poison of our time is indifference.”