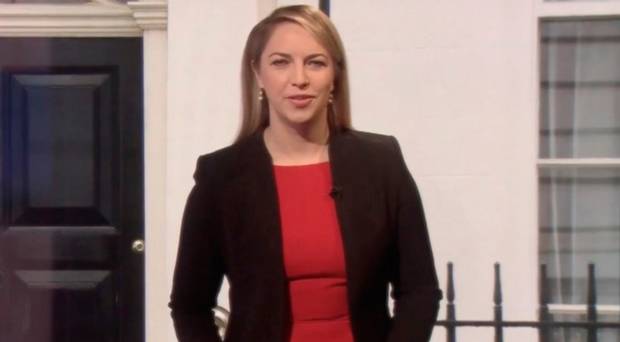 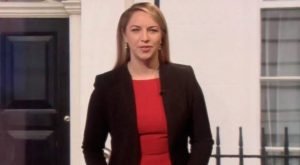 Inevitably, the hopes that the murder of Lyra McKee would bring supporters or condoners of violent republicanism to their senses proved to be too high. The hearts of many must have sunk when Gary Donnelly, a former prominent member of the 32 County Sovereignty Committee, topped the poll in Derry.

Yet the fact Sinn Fein didn’t do as well as they hoped and the good results for Alliance and some positive ones for the SDLP bring some comfort to those of us who think physical-force nationalism has been and is a cancer on the island of Ireland.

But the IRA haven’t gone away, you know, and locals are not exactly queueing up to give evidence to the police about Lyra’s murder.

Lyra’s friend Anna Burns, who comes from Ardoyne, won this year’s Booker Prize with Milkman, a superb novel about what it’s like to live in a totalitarian ghetto.

That sounds pretty off-putting, but she brought to it such understanding, originality and wit that ever since I read it – on Lyra’s recommendation – I’ve been begging everyone to read it.

The book has been selling tremendously well in countries that have experience of permanently intimidated communities.

And that’s what still exists in parts of Northern Ireland, including in the Creggan.

Optimists were buoyed when some New IRA graffiti was defaced after Lyra’s death, but it was, of course, inevitable, that the bosses should have sent out some of their groupies to reinforce the old messages.

So the locals were confronted with “IRA here to stay,” and a few threats directed at anyone who thought it would be public-spirited to help the PSNI.

“Informers WILL be executed,” said one.

Others, on placards shaped like road signs and attached to lampposts, said: “RUC Informers: They will forget about you, we won’t. IRA”; another featured a picture of a rat with a target over it, and the caption: “Informers will be shot. IRA.”

People who have never lived in places like this need at the very least to read Milkman to grasp why well-meaning people urging the locals to finger likely perpetrators are likely to get nowhere.

In his later, respectable days, Martin McGuinness – a leading light for decades in an army council that oversaw the torture and murder of innumerable suspected informers – denounced the murder of police and recommended co-operation with them.

Would he have given information himself?

For outsiders, is almost impossible to understand the visceral hatred among republicans for the police in both jurisdictions.

Their attitudes to informers go even deeper.

There is no one, but no one, who is regarded as lower than an informer: they are scum, they are Untouchables, and there is no terrible fate they don’t deserve.

As we know, the IRA cover up rape and paedophilia. They would never do the same for informers. And that, of course, licences their murder.

And that, of course, is why the police have been so hamstrung in trying to solve crimes committed by republicans. Omerta works.

Saoradh would indignantly deny having anything to do with death threats.

Their role, as they frequently explain, is to “offer an analysis on armed actions in the pursuit of Irish National Liberation”.

Like the IRAs before them, they lie and peddle grievances and think themselves hard done by even as they defend the indefensible.

They are suffering, apparently, from “unprecedented levels of censorship”, greater than any other political party in western Europe.

Their deluded and self-important pronouncements are hard to bear, which is why it was so delightful to see the BBC’s Emma Vardy reducing them to truculent silence when she bearded 11 of them after they had each been fined £750 for participating in an illegal parade in Derry last year.

At a time when we are mourning Lyra, it was curiously reassuring to see another fearless young woman making fools of these men by doggedly pursuing them, asking questions they were scared to answer.

If you haven’t seen it, you can find a clip from May 2 on Ms Vardy’s Twitter @EmmaVardyTV.

We are stuck with yet another self-deluded and vain group of brutal ideologues.

It will take very brave people within the communities they dominate to share the truth about Lyra’s murder.

In the meantime, we can help them by laughing at Saoradh.